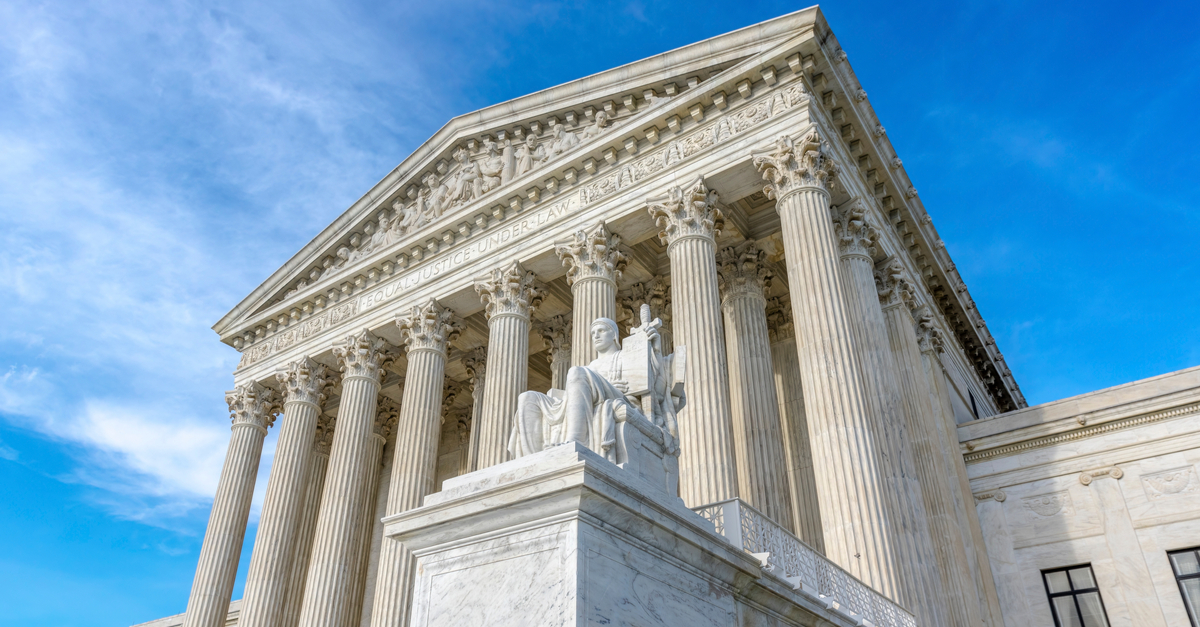 WASHINGTON (AP) — About 2 in 3 Americans say they favor term limits or a mandatory retirement age for Supreme Court justices, according to a new poll that finds a sharp increase in the percentage of Americans saying they have “hardly any” confidence in the court.

The poll from The Associated Press-NORC Center for Public Affairs Research finds 67% of Americans support a proposal to set a specific number of years that justices serve instead of life terms, including 82% of Democrats and 57% of Republicans. Views are similar about a requirement that justices retire by a specific age.

The poll was conducted just weeks after the high court issued high-profile rulings including stripping away women’s constitutional protections for abortion and expanding gun rights. The poll also shows more Americans disapprove than approve of the court’s abortion decision, with just over half saying the decision made them “angry” or “sad.”

The court, which is now taking a summer break, will return to hearing cases in October with diminished confidence among Americans. Now 43% say they have hardly any confidence in the court, up from 27% three months ago.

Inez Parker of Currie, North Carolina, said she’s among those who strongly favor limits on justices’ service. “I think some of those people have been up there too long. They don’t have new ideas. When you get a certain age and everything you get set in your ways just like I’m set in my ways,” said the 84-year-old Democrat.

Parker said retired justices can “work in their garden, sit on the porch and fan flies or whatever they want to do.”

The Constitution gives federal judges including Supreme Court justices life tenure, but there have been recent calls for change. A commission tasked by President Joe Biden with examining potential changes to the Supreme Court studied term limits among other issues. The commission finished its work last year and its members were ultimately divided over whether they believed Congress has the power to pass a law creating the equivalent of term limits.

Phil Boller, 90, of LaFollette, Tennessee, said he’s not totally opposed to setting a limit on years of service for justices. The Republican who worked in broadcasting and later owned his own lawn care business said that “basically it’s worked the way it’s been going and I see see no reason to change that.”

The oldest member of the current court is Justice Clarence Thomas, 74, followed by Justice Samuel Alito, 72. But recent justices have served into their 80s. Justice Ruth Bader Ginsburg served until her death in 2020 at age 87. Justice Anthony Kennedy retired in 2018 at 81. And Justice Stephen Breyer just retired at age 83.

Four new members have joined the court in the last five years, bringing down the average age of the court’s members. Three justices are in their 60s: Chief Justice John Roberts, 67, and Justices Sonia Sotomayor, 68, and Elena Kagan, 62. The remaining justices are in their 50s. Neil Gorsuch is 54, Brett Kavanaugh 57, Amy Coney Barrett 50 and Ketanji Brown Jackson 51.

Another proposal Biden’s committee studied was increasing the number of justices on the court, and the poll shows that proposal evenly dividing Americans. Overall, 34% say they’re in favor, while 34% are opposed and 32% say they hold neither opinion. Democrats are more in favor than opposed, 52% to 14%, while Republicans are more opposed than in favor, 61% to 14%.

The poll also found increased dissatisfaction with the court since three months ago, before the court overturned the 1973 Roe v. Wade decision guaranteeing a right to abortion.

Patrick Allen, a Democrat from Logan, Utah, is one of those with hardly any confidence in the court. Allen, 33, said he feels as though justices generally vote on issues based on the party of the president that appointed them. “They’re sticking more to their guns along the lines of their party instead of the Constitution,” he said.

The poll shows the drop in confidence is concentrated among Democrats, adding to evidence that the court’s decision on abortion worsened and polarized already tenuous opinions of the court. A large partisan gap in views of the court that did not exist before the decision emerged; 64% of Democrats say they have hardly any confidence, up from 27% in April. Another 31% have only some and just 4% have a great deal of confidence — down from 17%.

Among Republicans, however, views of the court have improved. Now, 34% say they have a great deal of confidence, up from 21% in the earlier poll. An additional 47% have only some confidence and 18% hardly any.

Overall, more Americans disapprove than approve of the decision to overturn Roe, 53% to 30%; an additional 16% say they hold neither opinion. On that decision, too, there’s a large divide along party lines — 63% of Republicans approve, while 80% of Democrats disapprove.

The poll of 1,085 adults was conducted July 14-17 using a sample drawn from NORC’s probability-based AmeriSpeak Panel, which is designed to be representative of the U.S. population. The margin of sampling error for all respondents is plus or minus 3.9 percentage points.