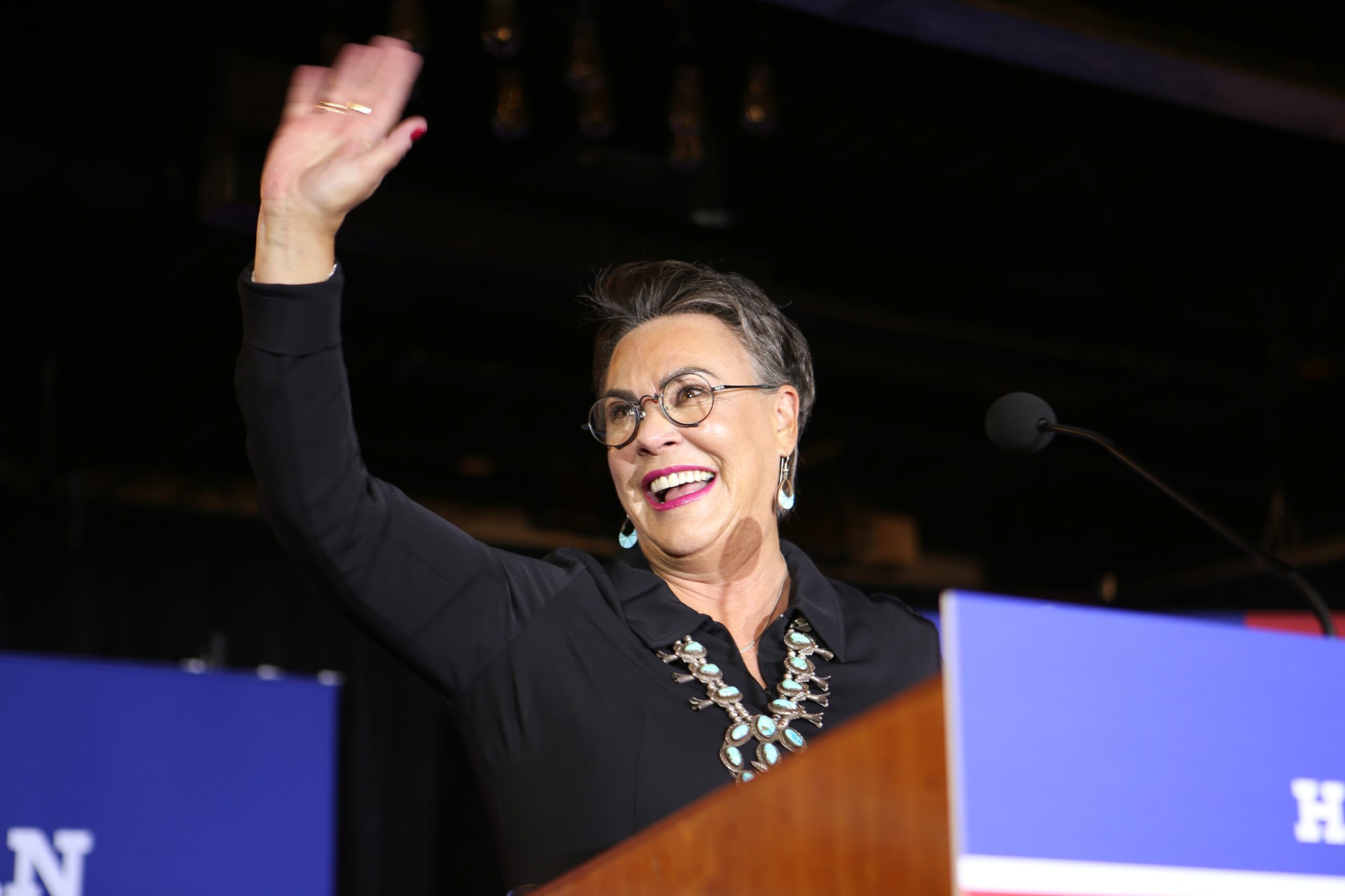 CHEYENNE, Wyo. (AP) — The race to choose Wyoming’s next U.S. representative has received a lot less attention since Harriet Hageman beat Liz Cheney in the GOP primary in August. But it’s still on.

Hageman is now running against Native American activist Lynnette Grey Bull, who as the Democratic nominee for the job faces odds longer than Cheney’s in a midterm election that could favor Republicans over Democrats.

Grey Bull was also the Democratic nominee for U.S. House in 2020. She lost to Cheney by a 44-point margin that year, wider than the 37-point margin by which Hageman beat Cheney less than two years later.

And while Cheney hoped — unsuccessfully, as it turned out — to get enough Democrats to switch registration and vote for her so she could prevail in the GOP primary, Grey Bull will likely lean on Democrats alone.

Democrats now consist of just 11% of the electorate in Wyoming. That’s down by half from a decade ago, though some of the decline may be caused by Democratic crossover for the 2022 primaries.

“I am a mother, I am a daughter, I am a sister, I am an auntie. But to Wyoming, I am a human being who is willing to reach across the aisle and do what’s right and get the job done,” Grey Bull said in an Oct. 13 televised debate hosted by Wyoming PBS and Wyoming Public Media.

“When I look at legislation, I don’t look at party affiliation. I look at what is the most crucial need for the people that need it the most,” Greybull added.

A Cheyenne agriculture and natural resources attorney, Hageman has been leaning on her deep family ties to Wyoming’s ranching community to connect with rural voters in the least-populated state.

She has campaigned aggressively around Wyoming leading up to the election, much as she did while Cheney focused on her work on the Jan. 6 committee investigating the insurrection at the U.S. Capitol and all but avoided the state in the weeks leading up to the primary.

When Hageman was born, her parents were hundreds of thousands of dollars in debt after purchasing their ranch in southeastern Wyoming, she says in a recent television ad.

“Through grit, dedication and determination, they made it work. Ranch life isn’t always easy. But as a family and as a community, we get it done. That’s the Wyoming I know and love,” Hageman says in the ad.

Hageman promises if elected to advocate for gun rights, less government spending and regulation, lower taxes, and reducing illegal immigration from Mexico. She also promises to support laws against abortion.

“The most basic fundamental right we all hold is the right to life,” her website says.

Grey Bull has been a longtime advocate for missing and slain Indigenous women and girls, saying on her website it’s a fight she “will continue to wage with my determination and experience.”