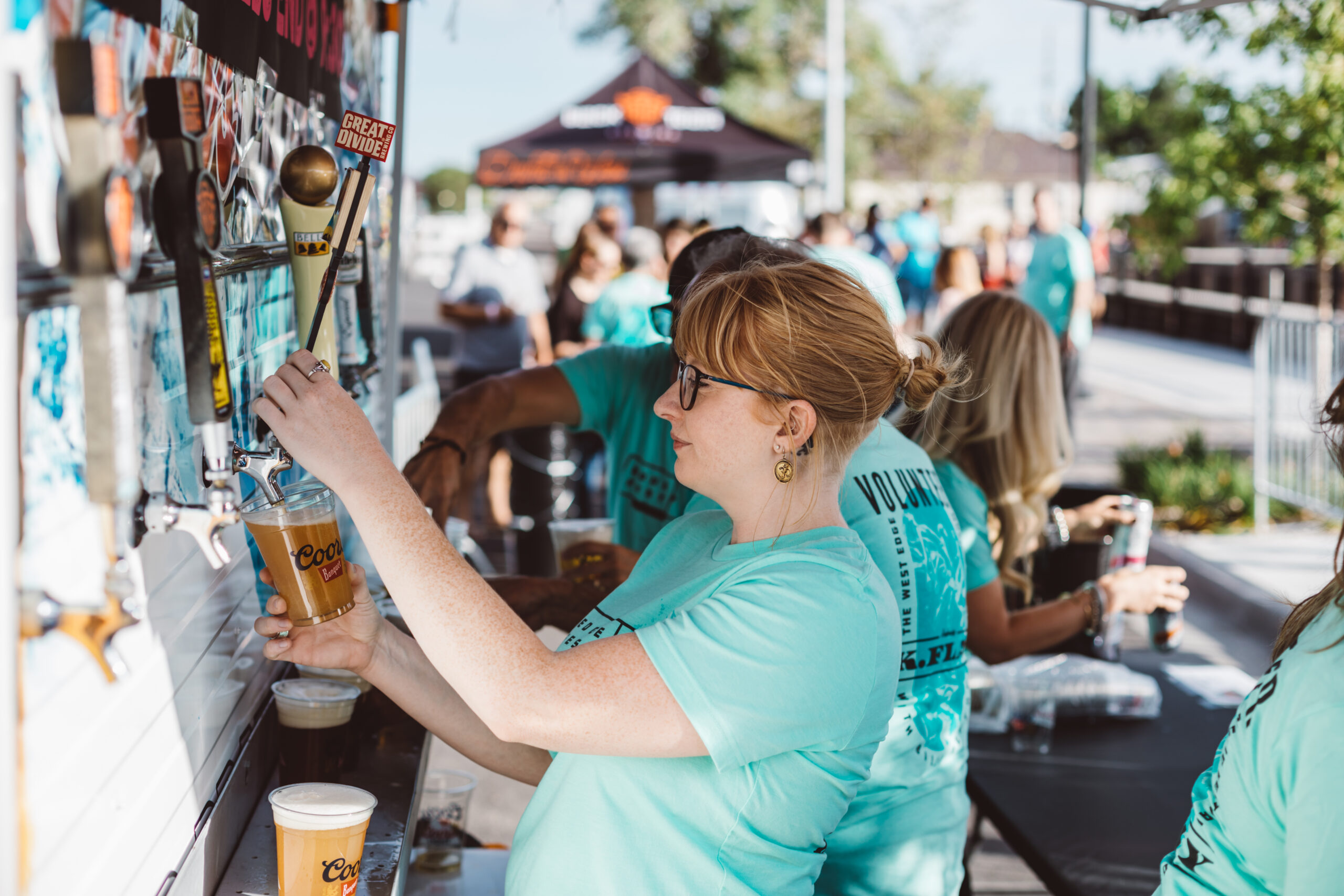 CHEYENNE, Wyo. — Just what kind of shape was the West Edge District of downtown Cheyenne in about a decade ago?

Take it from Dave Teubner, the CEO and owner of Warehouse Twenty One, a marketing agency based in that very area.

“It was real rough and there was no sign of life,” Teubner said. “When we were growing, we were trying to recruit people and man, there was nothing sexy about Cheyenne. … They’d fly in and be like, ‘I don’t know. It’s just not where I want to move and live,’ and those kinds of things.”

A formerly heavy-industrial area that has been identified by the City of Cheyenne as a source of blight in the past, the West Edge District has seen a still-ongoing turnaround that was kickstarted by a city development plan launched in 2013 to revitalize that portion of downtown.

Since then, numerous businesses have and are continuing to set up shop in the district — including Warehouse Twenty One, which is headquartered at 2016 Bent Ave. But the agency is also the main string-puller behind the yearly festival that draws the most people to the West Edge on a given weekend during the summer: Edge Fest.

The eighth edition of the annual free concert and festival (held every year since 2014, with the exception of 2020’s show, which was canceled due to COVID-19) will take place from 5 to 10:30 p.m. Saturday in Civic Commons Park right in the heart of the West Edge District and right across the street from Warehouse Twenty One, which has been instrumental in helping the event evolve from a small indoor gathering to Wyoming’s largest free concert.

Headlined by Australian pop artist Tones and I and joined by supporting acts Claire Rosinkranz and Joe P, the 2022 concert features some of the most prominent musicians to play at Edge Fest yet, with their presence likely to create a musical environment and overall vibe that Cheyenne doesn’t often experience for much of the year.

“It’s to shine a light on the West Edge, but also bring a different genre of music and shine a light [on] Cheyenne that isn’t just Western,” Teubner said. “Those are our roots and they’re really important; we don’t want to change that, we actually love those Western roots. … But within that, it doesn’t have to be confined.

“I think that we can appeal to a whole variety of different musical interests, and Edge Fest has intentionally gone after that. That alternative interest that really didn’t have a place here yet.”

The overall effort from countless groups and individuals that goes into putting redevelopment ideas for the West Edge District into action helps make things like Edge Fest happen, Teubner said, noting that Warehouse Twenty One built its location in the area as part of his and others’ belief in the area’s revitalization and what he said was “putting our money where our mouth is.”

Visitors to Civic Commons Park on Saturday will be greeted by music, of course, but also a series of exhibits showing just how many businesses have opened in or moved to the district since the city’s redevelopment plan launched. Many of those businesses, such as Black Tooth Brewing Company and Wyoming’s Rib & Chop House, have become staples of the downtown scene in that time.

“It’s pretty impressive,” Teubner said. “Even though sometimes when you step back and look, [the district] still looks underdeveloped and a little abandoned, but things are changing. You just have to pay attention, and I think it’s really going to change even more in the next five years.”

Sometimes, it just takes that reason — like Edge Fest — to hook people to the city and district. For instance, rapper K.Flay, who headlined the Edge Fest concert in 2019, was announced earlier this year to be performing once again in Cheyenne in October at The Lincoln Theater, a show Teubner believes is going to be sold out due in part to the popularity of her first show in the city three years ago.

He also noted that in recent years, Edge Fest has seen attendees fly in from as far away as Europe due to the free opportunity to see a favorite artist. Considering that Tones and I will probably be the most popular name ever to participate in the concert (her hit single, “Dance Monkey,” is the third-most-streamed song on Spotify in the platform’s history) as well, more of those visitors from faraway lands may very well arrive this weekend in southeastern Wyoming.

Tourism is Wyoming’s second-largest industry, but as Tuebner says, he and others who live in the Cheyenne area often go elsewhere to find fun things to do. And with Cheyenne Frontier Days the obvious main driver of outside visitors to the city on a yearly basis, Edge Fest provides something else to entice people to town that’s also entirely unique.

The energy at Edge Fest should provide a rocking atmosphere this weekend in Cheyenne. That energy may also be transferred into even more momentum for the West Edge District as a whole.

“We want to be clear that we’re not trying to dilute or run out the Western heritage or CFD — it’s such an amazing thing,” Teubner said. “They’ve been bringing some of the best music, high-level acts in their genre for a lot of years, so I grew up being inspired by that.