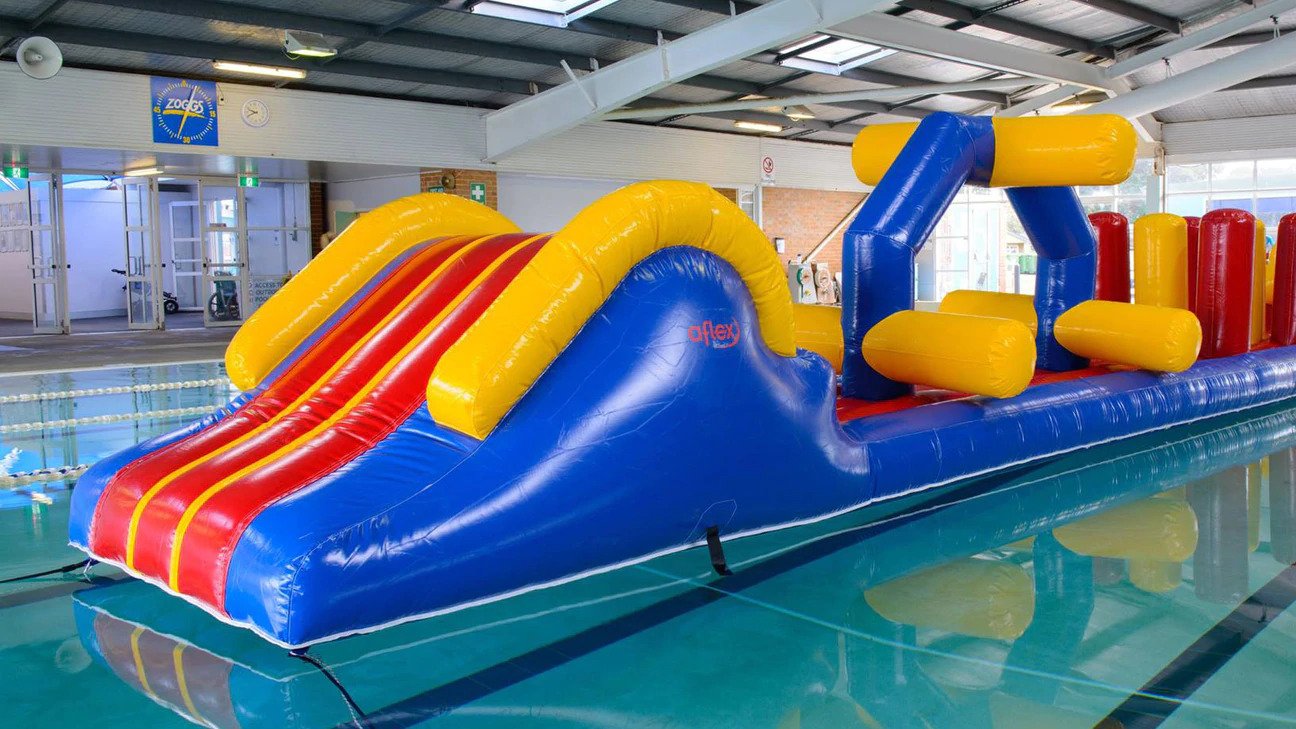 CHEYENNE, Wyo. — There will be something in the water at the Cheyenne Aquatic Center on Martin Esquibel Street soon.

For children who want to do a little bit more than just swim at the pool, the new addition of two inflatable obstacle courses will give them plenty to do.

Facility manager Kyle Myers said to Cap City News on Monday that the Aquatics Center had purchased and would be installing the attractions soon — pending insurance clearance — for a planned rollout by the time school ends, giving kids ages 8 and up a new activity this summer.

Myers said that he and his team at the center came up with the idea after seeing similar setups in other locations, saying that he wasn’t aware of a similar attraction in Wyoming. To those he’s spoken with in the industry who’ve worked with inflatables before, he’s heard plenty of praise.

“Our idea was just to bring something new to the community — new to the state, really,” Myers said. “It’s pretty unique for Wyoming. [It’s] just to increase revenue and get people back over here and excited about the pool again.”

The pair of inflatables are from the New Zealand–based company AFLEX, from which the Aquatic Center bought its 63-foot QE2 model and its 36-foot Hurdles Fun Run 11 design.

Myers said that the facility originally planned to acquire three courses, but eventually opted for two instead — each of which he noted has around a five-year lifespan. He additionally said that the inflatables would be available for private events and Friday swims, breaking them out sparingly so that families don’t get “bored” of them.

“Before school ends is really when I want to that to happen,” Myers said in regards to the installation. “Summer’s coming around [and] we’re going to start hitting capacity pretty much every day whenever kids get out of school. So I would like to have these in place and ready, [and] have all the training conducted with staff.”

It was merely a coincidence that the installation paired with National Water Safety Month in May, Myers said, but he noted that lifeguards would patrol each open end of the inflatables while children were on them to ensure they were used safely.

The inflatables are at the facility now and have been blown up to give staff an idea of how they fit into the Aquatic Center pools. If Myers’ reaction was anything notable to go off of, it’ll likely be a big hit with the children, too.

“We’ve blown them up and looked at them, and they’re actually definitely bigger than we thought they were going to be,” Myers said. “And they do look fun, so as soon as we get insurance, we’ll start pushing out dates for people.”