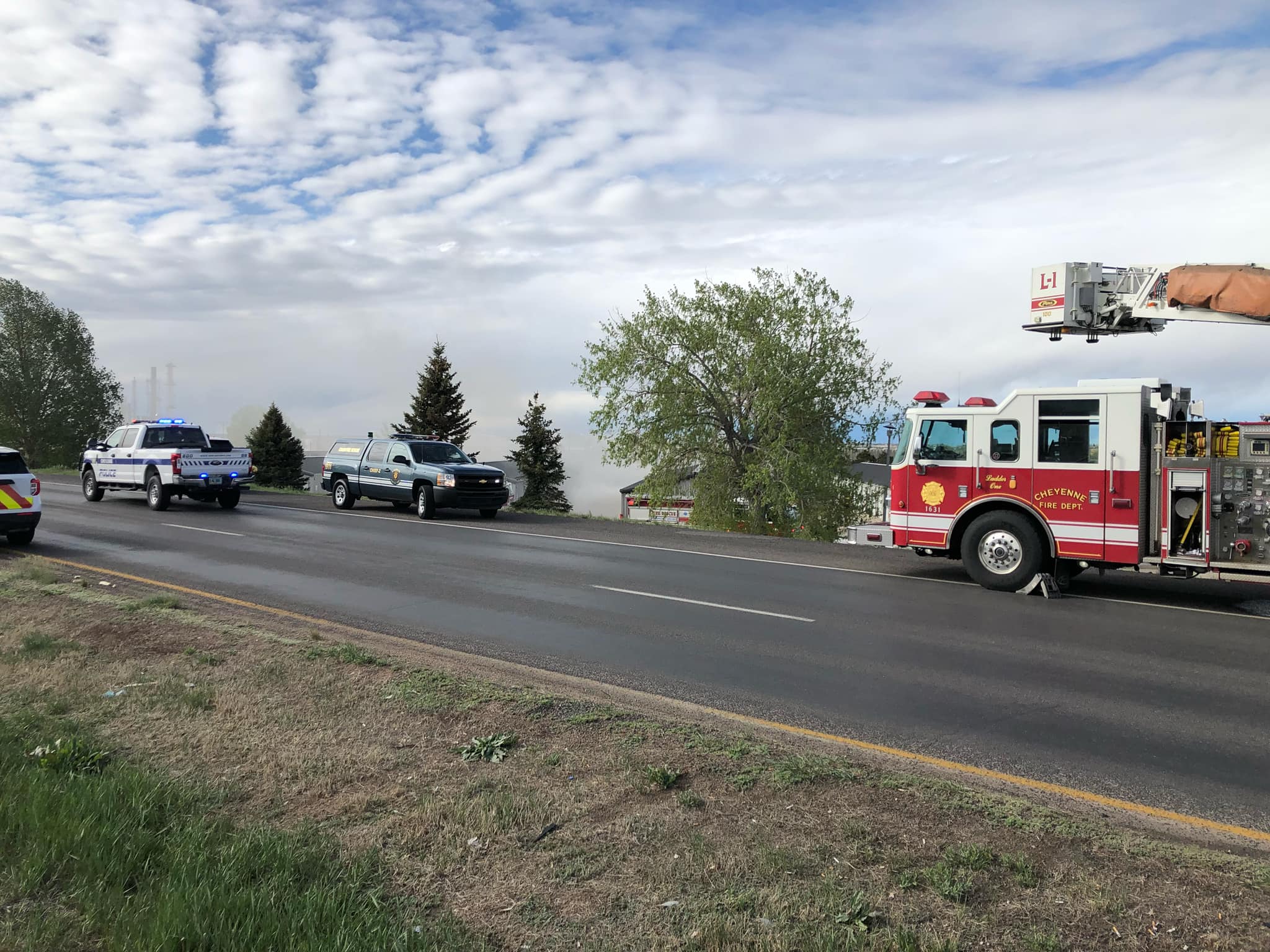 The pilot of an experimental aircraft died May 30 when the plane crashed into Cheyenne Storage. (Cheyenne Police Department)

CHEYENNE, Wyo. — The National Transportation Safety Board and Federal Aviation Administration have taken over the scene of a plane crash that killed one person this morning, officials said.

The Cheyenne Police Department and Cheyenne Fire Rescue responded at around 8 a.m. today to 616 Crook Ave., where an experimental aircraft crashed into Cheyenne Storage, the department said in a news release.

According to the Experimental Aircraft Association, amateur-built aircraft constructed by individuals and licensed by the FAA receive the experimental designation.

An investigation by multiple agencies determined the pilot, who was the sole occupant, sustained fatal injuries. No other injuries have been reported, police said.

Authorities have not released the identity of the pilot.

The storage facility caught fire as a result of the crash, and the fire department deployed six engines to fight it. The fire was contained at about 8:30 a.m.

The scene remains active, police said after turning it over to the NTSB and FAA.