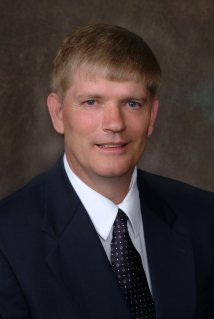 CHEYENNE, Wyo. — Cap City News has sent out a questionnaire to those running in the primary election in August. The following are the answers from Dave Zwonitzer, who is running for House District 8. Answers are edited only for clarity and style.

I have lived in Cheyenne for 65 years and have enjoyed participating in service organizations, youth sports and auctioneering for local charities.

I believe I am the best candidate for our district and I want to keep our legislature working for Wyoming. The Republican Party has lost some great legislators through smear campaigns. I was involved in such a smear campaign and I want to send a clear message I still want to work for Wyoming, its economy, and the quality of life for future generations.

My goals and priorities include: protecting Wyoming water rights; making sure Cheyenne and the surrounding area receive adequate funding for updating school facilities based on our increasing population; providing funds to improve school security; returning to saving excess state funds to provide future legislatures a revenue source; promoting the use of cleaner coal to help establish future revenue income; continuing to increase the quality of living for the residents of Laramie County; and bringing back civility to the political process.

I served in the Wyoming Legislature for five terms, and I know how to navigate the system and work with all fellow legislators.

I was the owner/auctioneer of the Western Auction Company for over 30 years and the owner of Z’s Home Furnishings along with my wife, Kym. I worked with a myriad of customers including corporations, government entities, financial institutions, and private citizens to sell equipment, firearms, coins, antiques, State of Wyoming vehicles and a large variety of estates.

I was an associate real estate broker/auction specialist for Kuzma Success Realty.

I served in the Wyoming House of Representatives from May 2005 until January 2017, serving on the Education, Revenue and Minerals committees. I also served as Chairman of the House Transportation, Highways and Military Affairs Committee and was the Chairman of the Western States Transportation Alliance.

From 2017 until recently I cared for my elderly parents through their final stages of dementia. Currently, I am in the real estate investment arena and I play and teach the game of bridge on an ongoing basis.

I could absolutely be a good steward of taxpayer money as that is who I am, a fiscal conservative Republican with years of experience in the business world. It is all about balancing a budget while continuing to save money for future legislatures to meet the needs of Wyoming.

I believe in transparency, and as a former committee chairman that is what I expected from my committee and those who testified in front of it.

I am not aware of any transparency issues in the Wyoming State Legislature.

You should not be presiding over an issue that you do not understand. Having said that, if testimony comes forth that makes it difficult to understand, I would absolutely ask questions. If the issue comes up and it is sensitive, certainly a recess could be taken so we can understand the point that is being made.

To learn about details after a meeting would simply not be acceptable.

Yes, I am looking into a couple of changes, but more research needs to be done prior to the start of the session and any bills brought before the legislature could involve policy changes.

Marijuana should be legalized for medical purposes. I have been out of office for six years and I would want to listen to both sides of the issue now before I would take a stance.

I believe everything should be based on the Constitution. With that being said, people need to realize there are multiple grey areas where many issues can only be interpreted. I believe issues need to have local control where practical.