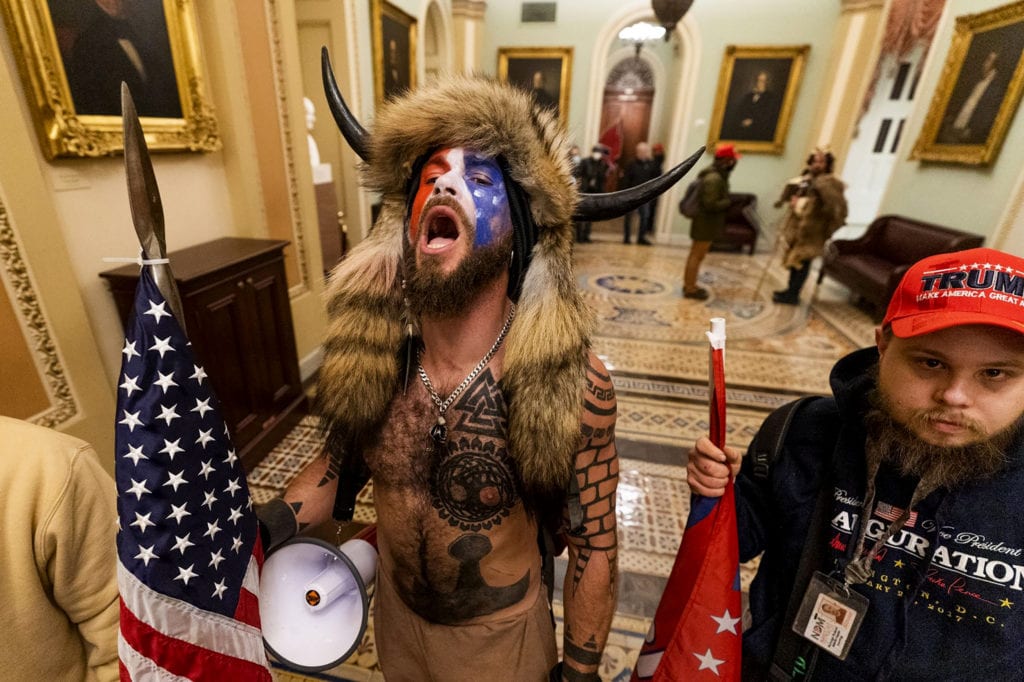 A supporter of Trump chants outside the Senate Chamber inside the Capitol, Washington, D.C., U.S., Jan. 6, 2021. (Shutterstock)

The Select Committee to Investigate the Jan. 6 riot on the U.S. Capitol building will open its hearings starting Thursday, June 9 at 6 p.m. Casper time.

“Thursday’s prime-time hearing will open with eyewitness testimony from the first police officer pummeled in the mob riot and from a documentary filmmaker tracking the extremist Proud Boys, who prepared to fight for [former President Donald] Trump immediately after the election and led the storming of the Capitol,” according to the Associated Press.

It will also feature committee member accounts of testimony from Trump’s aides and family members, who were interviewed behind closed doors during the months-long investigation.

The hearings will also be broadcast live by all major TV and cable news networks, with the notable exception of FOX News, which will air its regular lineup of programming.

Wyoming Rep. Liz Cheney, who has risked her career on speaking out against Trump and his wing of the Republican Party, is expected to play a central role during the hearings.

The livestream of the hearings can be seen here: