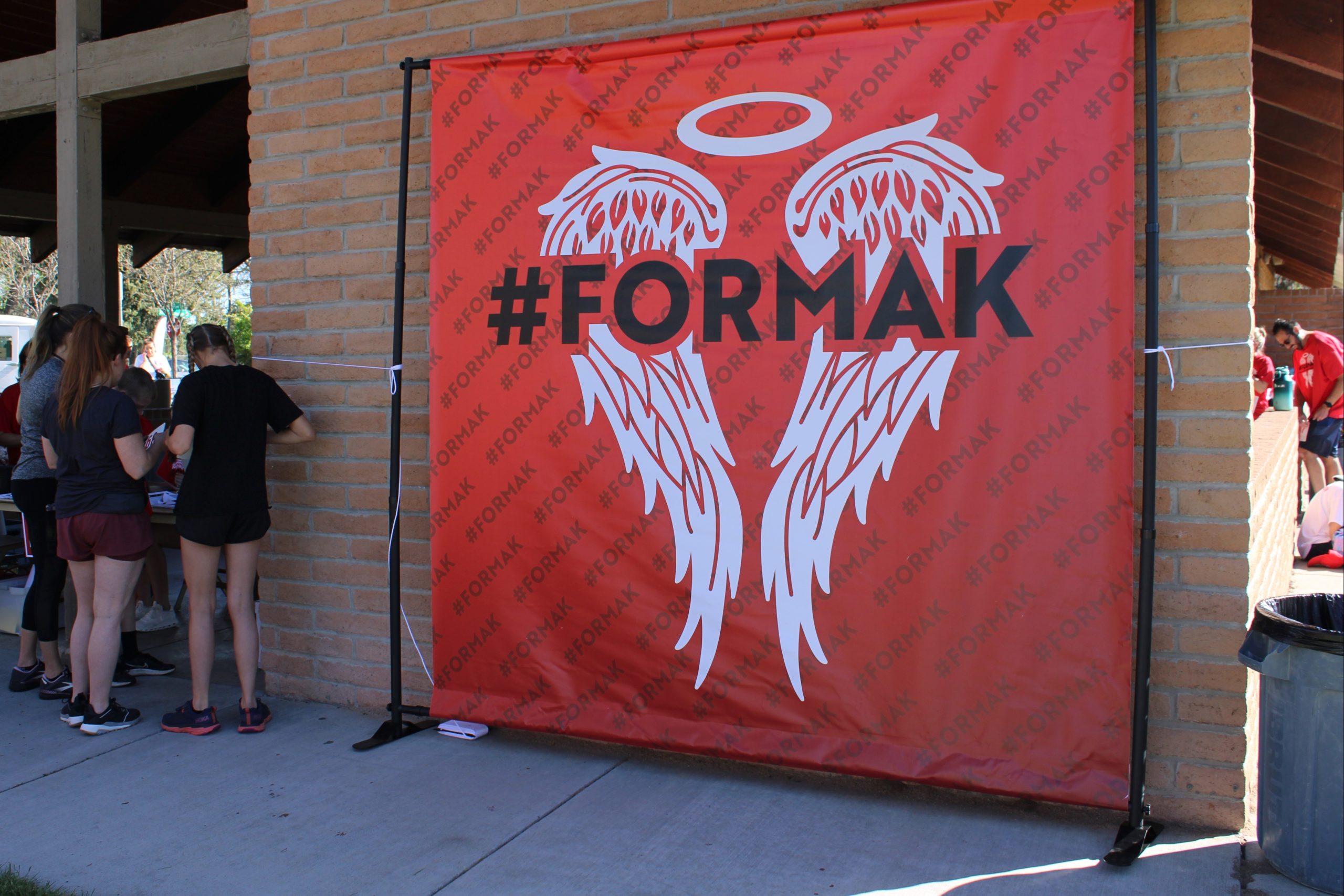 A #ForMak banner sits outside the ForMak 5K registration desk Saturday at Lions Park in Cheyenne. The inaugural race was held in honor of Makaili "Mak" Evans, 13, who was hit and killed by a vehicle while walking along a crosswalk to school Nov. 5 at McCormick Junior High. (Briar Napier/Cap City News)

Jones told Cap City News on Tuesday that the ForMak 5K race on June 4, which she helped organize, had approximately 715 people registered and raised $146,000 for Wyoming’s Safe Routes to School program in its first year of its existence, making the race at Lions Park a roaring success.

The event was held in honor of Makaili “Mak” Evans — Jones’s son — who was killed Nov. 5 after being hit by a vehicle while walking along a crosswalk on his way to school at McCormick Junior High that morning. Since the tragedy, Jones has begun a tireless effort to promote awareness for crosswalk safety around the state, starting the ForMak nonprofit earlier this year to bolster her outreach efforts.

Jones thanked the community and sponsors in her email for their support of the event and its mission, and has stated in the past that she expects the ForMak 5K to turn into an annual race.

In addition to the 5K race, the event featured plenty of kid-friendly games, food trucks and an auction to help benefit the nonprofit. Cap City News covered the event in full here.