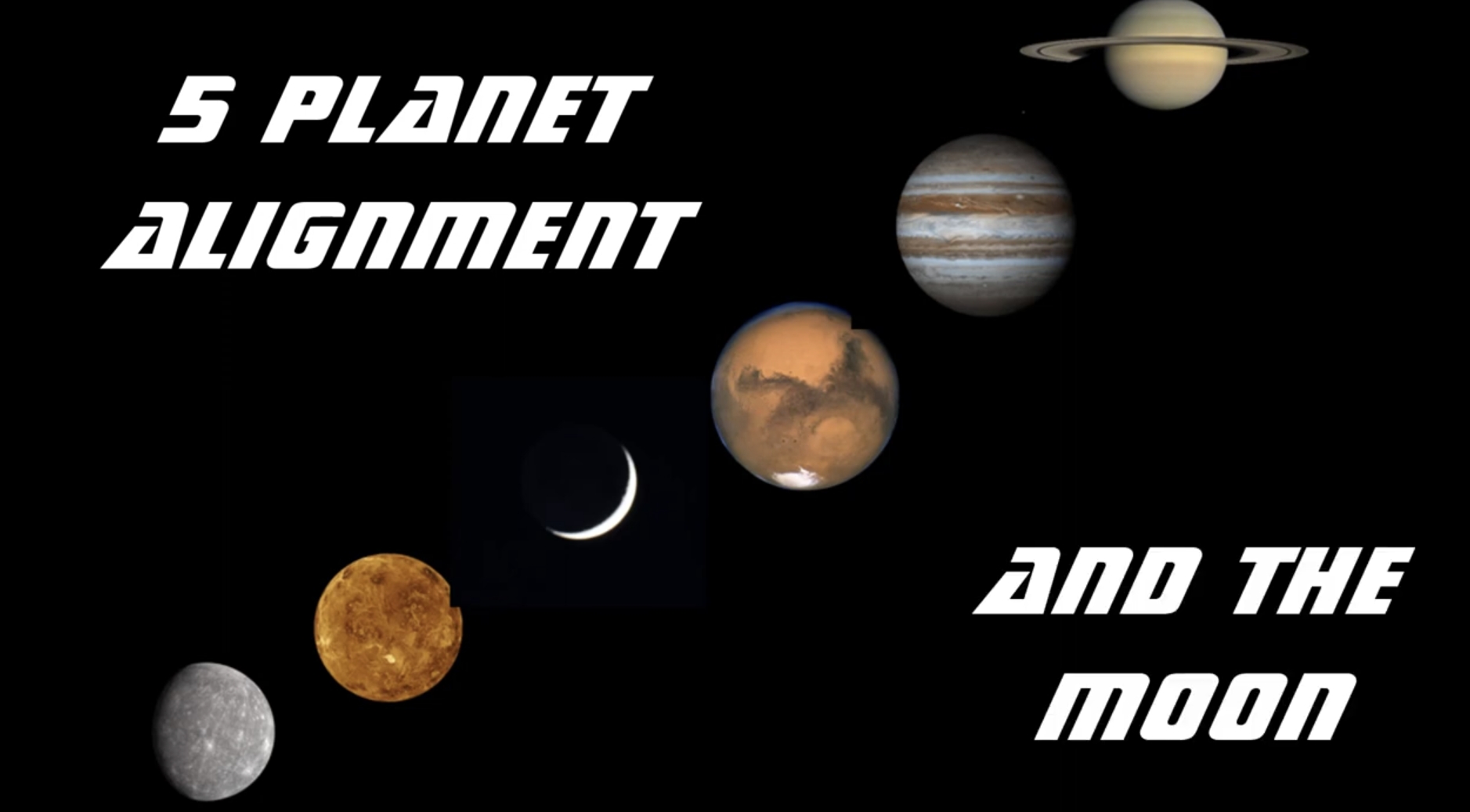 CASPER, Wyo. — Just three days after the summer solstice, space has another event lined up — literally.

“Well, it’s going to be a morning event, so you’d have to wake up really early or go to bed really late to see this,” Hattings said. “The best view will be [to] look to the east-southeast sky between about 4 and 5 o’clock.”

The planets will line up diagonally from south to north, and they’ll appear in the order of the sun from north to south with the moon falling between Venus and Mars, according to Hattings.

Saturn will appear to have the greatest distance from the other planets at the upper point of the diagonal line. In order, heading toward the horizon, stargazers will be able to see Jupiter, Mars, the Moon and Venus, if the weather cooperates.

Mercury will be hard to see, if it’s visible at all, because of the early sunrise here and because it will be low on the horizon, Hattings said. Someone with a “really high exposure camera” may get lucky, he added.

Thursday night’s forecast calls for partly cloudy skies over Cheyenne with a low around 57, the weather service said. There’s a slight chance for showers and thunderstorms, mostly before midnight. Winds should come from the west at 10–15 mph. Heading into Friday, there’s a 60% chance of showers and thunderstorms after noon. The day should be mostly sunny as the high approaches 84, according to the forecast.