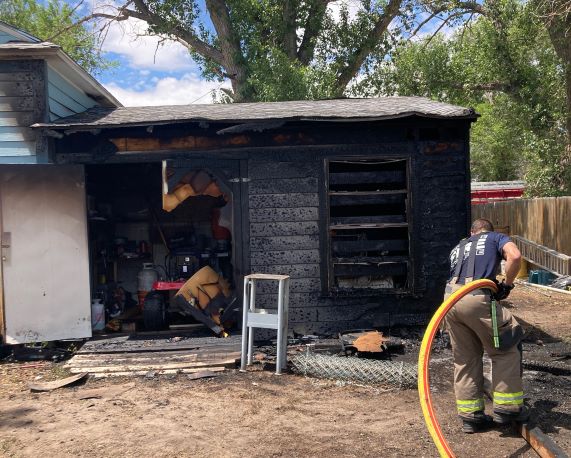 There were two small sheds, a fence, and a vehicle on fire when the fire department arrived, and the fire was extending to two residential structures. Occupants of the structures, along with two dogs and several chickens, were able to evacuate safely.