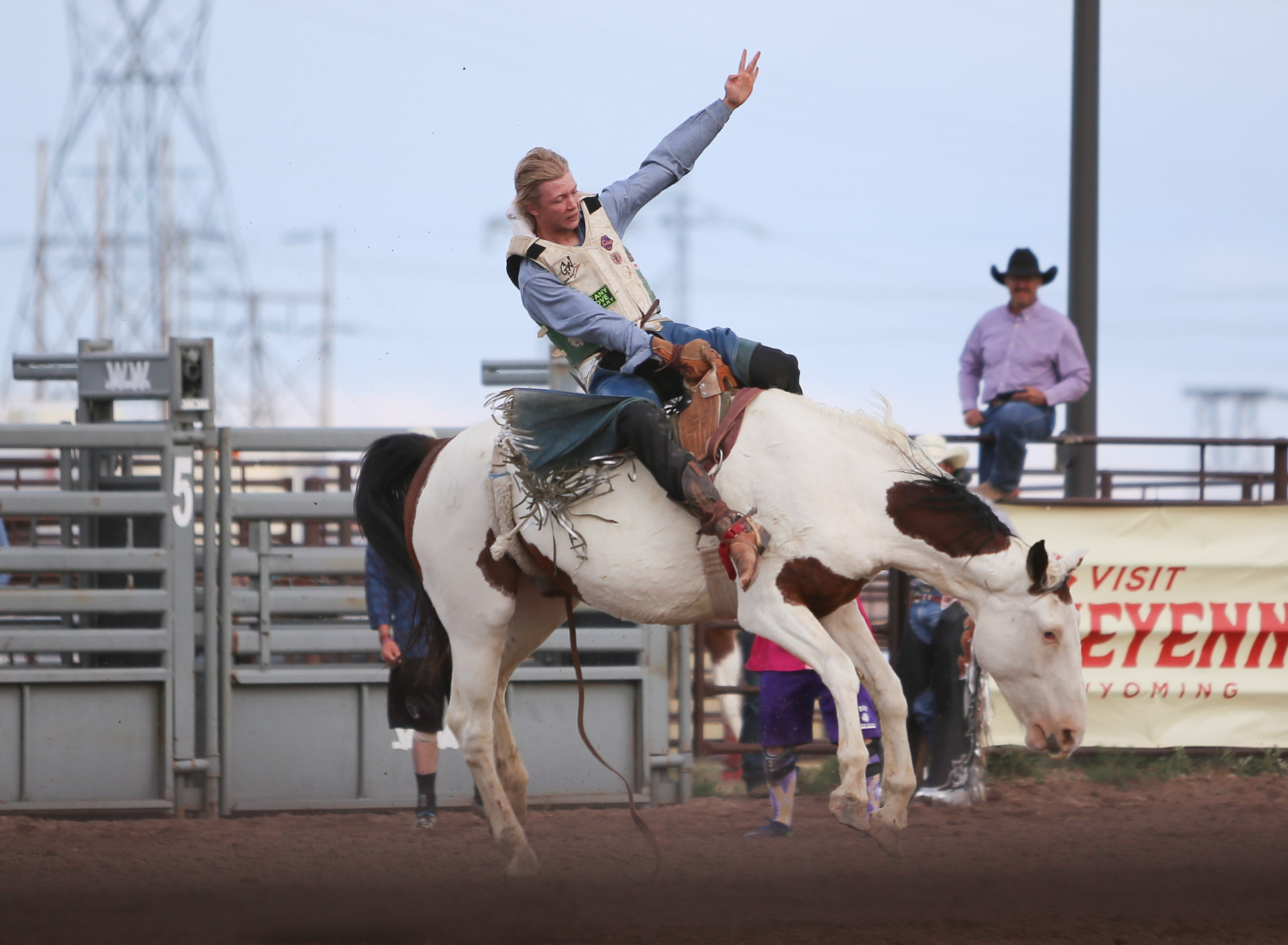 CHEYENNE, Wyo. — Cheyenne’s popular summer rodeo series that gives fans of the sport an opportunity to view it in the city outside of Cheyenne Frontier Days had a record year this summer.

The Hell on Wheels Rodeo and Chuck Wagon Dinner series — originally started in 2020 due to Frontier Days’ cancellation at the Archer Complex just outside of Cheyenne — saw a record 1,754 tickets sold and a total spending impact of more than $750,000 in its third year, per a Visit Cheyenne news release Friday afternoon.

The release stated that there was a 5% increase in ticket sales this year despite there being one less show than in 2021, with attendees hailing from 46 states and 11 countries including Canada, the United Kingdom, New Zealand and Turkey. In all, 55% of tickets were purchased by visitors hailing from outside of Wyoming.

Total payouts also reached a new high as the rodeo reported a combined $52,000 purse across the six rodeos held this year for the competing athletes. Cowboys and cowgirls from six different states (Wyoming, Colorado, Nebraska, Kansas, Texas and California) competed in this year’s series as a total of 11 different categorized champions were crowned.

“We had visitors to the series who planned their entire vacation around being at the chuck wagon dinner and rodeo,” Visit Cheyenne CEO Domenic Bravo was quoted as saying in the release. “The economic impact on the community is important but the visitor experience is the most significant thing we can do.”

The champions of this year’s Hell on Wheels series are as follows: