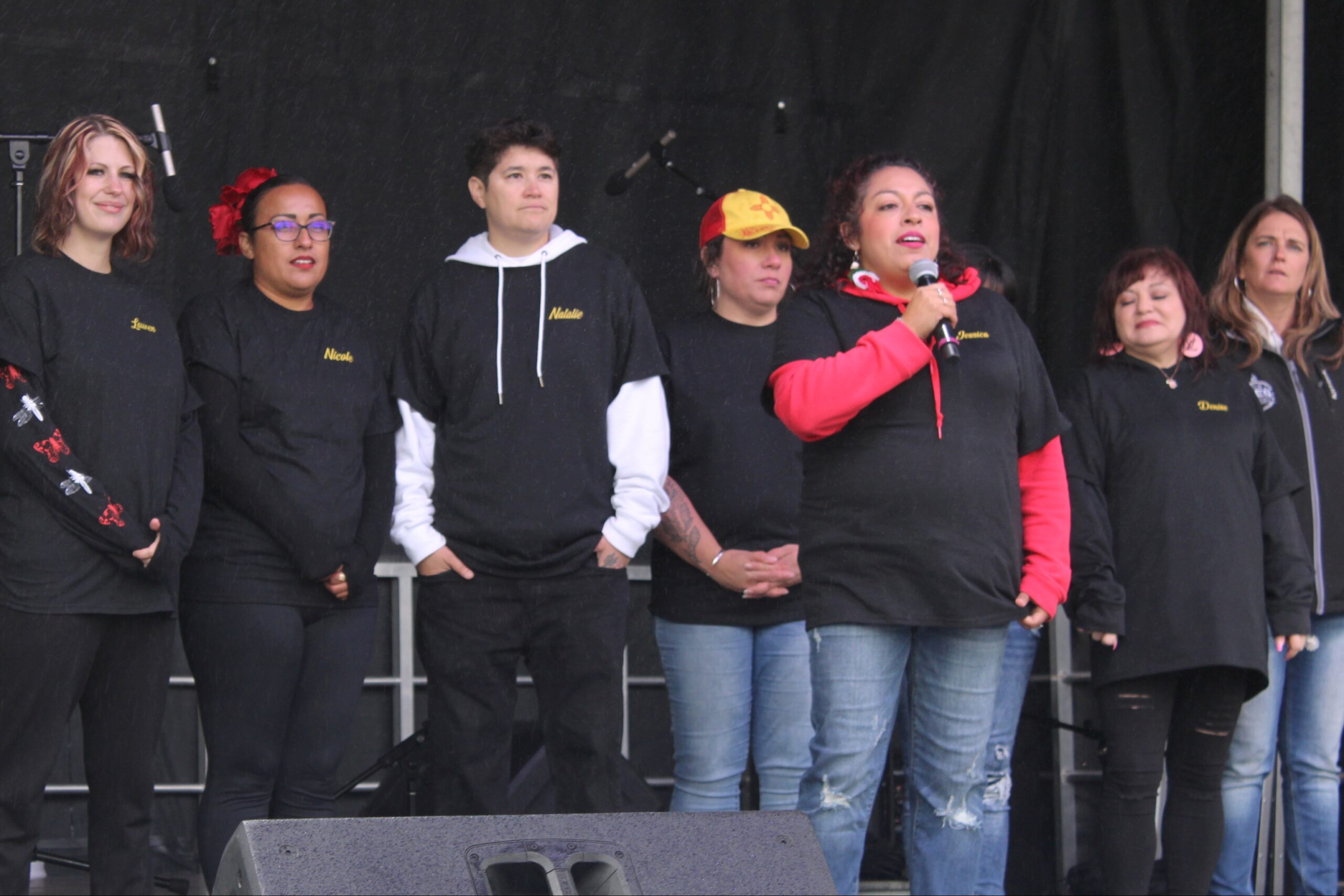 CHEYENNE, Wyo. — Even if passersby to the Cheyenne Depot Plaza on Saturday didn’t originally know that the Cheyenne Hispanic Festival was going on, they certainly could tell quickly by the sights, smells and sounds.

Whether it was Spanish-language musical tunes blaring through loudspeakers, dancers in colorful dress putting on performances or the mish-moshed, lingering scents of the many food dishes on offer, this was the Cheyenne Hispanic Festival’s day in downtown, as it has been most years for over a decade.

And for those of Hispanic origin in the Cheyenne area this weekend, nothing — not even some chilly temperatures and annoying rains — was going to prevent them from showing off to the city some of the best that their culture has to offer, especially amid a major structural change for this year’s event.

Though the good times rolled and many attendees were jovial as per usual at the event, the Cheyenne Hispanic Festival took what it felt was an important step with this year’s celebration: increasing the education-based exhibits on offer for youth and adults alike, giving attendees a look and a learning experience of Hispanic traditions for both how and why they happen.

And even though Saturday’s weather didn’t cooperate for most of the day, event organizers said they were overall pleased with what they saw.

“I’m not going to lie, I was so worried,” Hispanic Festival committee member Nicole Cordova said. “I was scared that nobody was going to show up … but people are still out here. They’re checking things out; I mean, we’ve sold our dish and I know I want to get around and see what other food they’ve got going on. But people are coming out. … I think it’s a great turnout for what we had to face today.”

Performances from a mariachi band and comedian immediately after the recognitions gave off a festive vibe, and although organizers certainly intended for that to happen, they did additionally want this year’s festival to be a learning experience for some, too.

Cordova, who said she’s in her second year of working with the festival, was in charge of one of the major new additions to the event: a kid-friendly “passport” challenge in which children would go from booth to booth (with a flag of a different Latin country at each one) and learn fun facts about different Hispanic nations. Each booth resulted in one stamp, and prizes were awarded to kids who visited each booth.

Cordova’s family comes from Peru, so she and others helped run the Peru booth, where they served a dish of “papa a la huancaina” (potatoes in a creamy cheese sauce), a favorite of the country’s cuisine. It was important to her this year that attendees continued to have their fun like in previous events, while also hopefully leaving with the understanding that Latin culture is full of diversity and unique differences across various regions and countries.

“We really want to try and get our younger community involved so that they can keep our traditions and our cultures going,” Cordova said. “A lot of people, they come and they see Latin people and they assume automatically that they are all [from] Mexico. And there’s so many more Latin countries and they’re so different from one another. And so that’s what we’re trying to do.”

Another part of the festival’s new educational flair involved a partnership with the Capital City Car and Bike Club for a car show. Members of the club said they were happy to participate and contribute to the benefit of the event however they could, including by helping out to sponsor the scholarship awards given out.

Many of the cars lining a lot on 15th Street on Saturday near the Depot Plaza were lowriders, an automobile style heavily linked with Mexican-American culture since the late 1940s to early 1950s. The club is tight-knit, member Justin Roybal said, and the show and partnership was done partly because the club wanted to “bring a positive image” to lowriding.

“In past years, we’ve been spectators and brought our cars out, but this year was our first year to actually be a part and host the car show for the Hispanic Festival, and I think it’s great,” Roybal said. “I think that promoting education and positivity and family and community, I think it’s a big thing. I think that the Hispanic Festival’s done a good job of promoting that and encouraging that.”

Even with the new changes and adjustments to this year’s festival, Roybal’s observation — that the event was one full of positivity — was very much evident throughout Saturday, even despite the drab conditions.

Showcasing Hispanic culture in that light and putting it at the forefront as something to celebrate and cherish has always been a major part of the Cheyenne Hispanic Festival, but adding an educational element to the festivities marks a new era of its history.

And so far in the event’s new age, the people behind it like what they see.

“We all come from somewhere different. We all have different traditions,” Cordova said. “Tolerating it is one thing, and I think that’s kind of where we want to get away from it. We want to not just tolerate it, but we want to understand and respect [it] as well.”