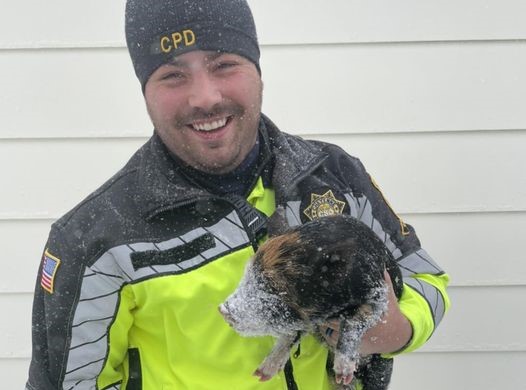 CHEYENNE, Wyo. — The Cheyenne Police Department had an unusual call for a rogue piglet in downtown Cheyenne on Thursday, Nov. 17.

According to a post on Facebook, CPD Officer Lohnes was traveling on 19th Street when a citizen reported to him that a baby pig was running around in the area.

Cheyenne Animal Control was called to assist and after 15 minutes, the piglet was safely caught and taken into the possession of Animal Control.