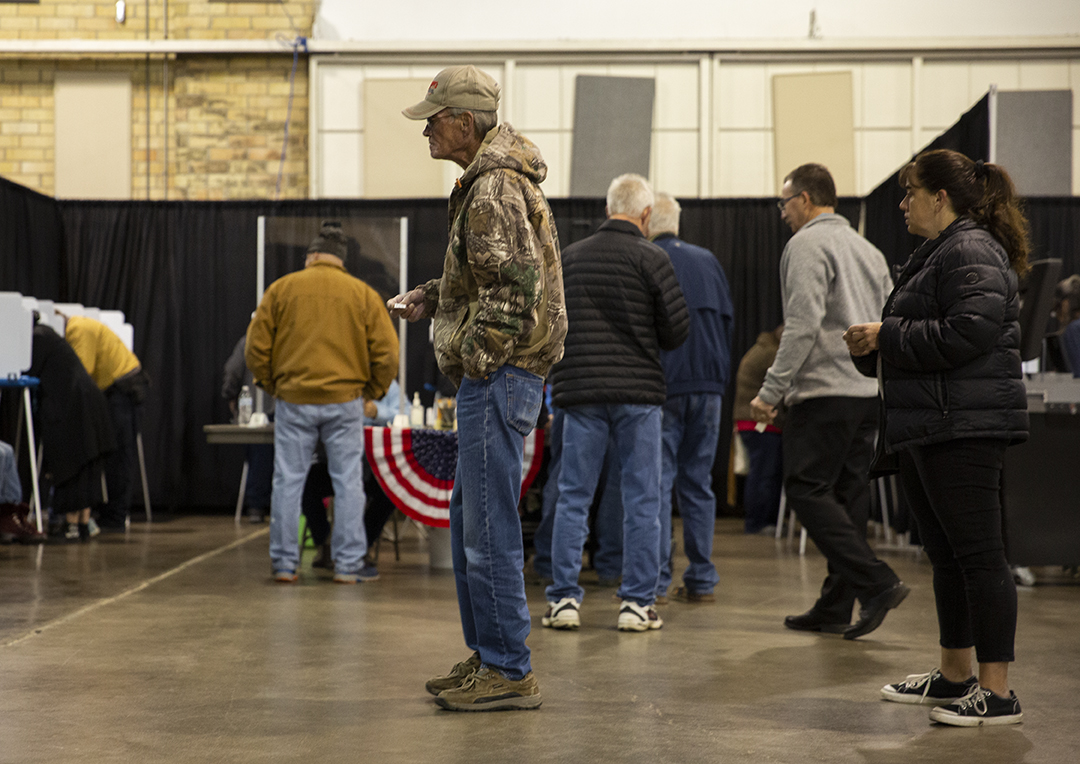 It was an expensive year to run for office in Wyoming. Super PACs poured in an unprecedented $3.4 million while a few wealthy individuals bankrolled dozens of candidates at the state level. Meanwhile, an open seat in Teton County broke the fundraising record for a statehouse race.

The increased cash — much of which was spent by out-of-state political action committees — has brought a new dynamic to Wyoming, according to some politicos.

“This is the dirtiest election I have ever seen in my life in Wyoming,” Secretary of State Karl Allred said during a Joint Corporations, Elections and Political Subdivisions Committee meeting in October. The committee had been discussing one particular Campbell County PAC who relied on mostly anonymous fundraising to print and circulate voter guides.

Wyoming was long insulated from national political trends, according to Sabrina King, a lobbyist and political consultant. But that’s changed.

“I feel like 2022 is the year Wyoming caught up with the rest of the country,” King said in reference to national issues showing up in local races and the cost of running for office. “I think this is the end of inexpensive legislative races.”

In keeping with historical trends, executive branch races continued to be much costlier than those for the Legislature. Gov. Mark Gordon spent the most on any 2022 statewide race at about $848,000.

Rep. Liz Cheney spent nearly $13 million on an unsuccessful re-election campaign, according to Federal Election Commission records, while Harriet Hageman spent just over $5 million. Though only a fraction of overall spending, super PACs poured nearly $3.4 million into Wyoming for the 2022 election. The previous super PAC record was $423,000 in 2018, according to FEC records.

Unlike conventional political action committees, super PACS cannot directly coordinate with or donate to political candidates or parties. Instead, they have the ability to raise and spend unlimited funds to advocate for or against candidates and issues.

Wyoming Values — based in Georgia — was responsible for about a quarter of super PAC spending in the state, dropping about $877,000 on text messaging, media ads and mailers in support of Hageman and opposing Cheney.

Most of the 2022 super PAC spending in Wyoming was on the U.S. House race — with about 60% favoring Hageman — but not all. Two super PACs — Western Conservatives and True West PAC, INC. — spent more than a combined $408,000 on legislative races. True West dumped roughly $53,000 on the Senate District 1 race, supporting incumbent Sen. Ogden Driskill (R-Devils Tower) and opposing challenger Rep. Bill Fortner (R-Gillette).

“[They] just destroyed not only my campaign, pretty much my name around Campbell County,” Fortner told the corporations committee in October. “I will never run for another office anywhere in the State of Wyoming.”

Fortner lost to Driskill in the primary election and Driskill went on to win in the general election. Driskill condemned the actions of the super PAC.

Separate from super PAC spending, Driskill had one of the more expensive races for the Legislature, spending roughly $50,000. Bob Ide was the only Senate candidate to spend more — his campaign spent more than $58,000 on a successful bid to oust incumbent Sen. Drew Perkins (R-Casper).

However, the record-breaker for fundraising was in the House. Republican Paul Vogelheim spent roughly $73,000 of the more than $111,000 he raised in the race for House District 23. He lost to Democrat Liz Storer, who spent approximately $68,000. (Storer is the president and CEO of the George B. Storer Foundation, a financial supporter of WyoFile.) The seat was up for grabs after Rep. Andy Schwartz (D-Jackson) did not seek reelection.

“I think there are certain places in the state now where unless you can raise an excruciatingly large amount of money, you’re out,” King said, pointing to Teton County as one example.

Several candidates largely self-funded their campaigns. But some competitors were bankrolled by a handful of wealthy Wyoming residents.

In recent years, Dan and Carleen Brophy of Jackson have taken to funding Republican candidates that consider themselves “anti-establishment” or “anti-RINO,” meaning Republican in name only. The couple spent about $158,000 this election cycle, almost entirely on primary election candidates.

B. Wayne Hughes Jr., of the Hughes Charitable Foundation and owner of the Cowboy State Daily, spent $300,000 to fund Wyoming Hope, a political action committee. The PAC backed moderate Republicans, many of which were incumbents.

Charles Jan Gray, father to Rep. Chuck Gray (R-Casper), spent the highest amount on Wyoming’s 2022 elections. The elder Gray spent $700,000 on his son’s successful run for secretary of state. Wyoming statute limits how much individuals can donate to statewide campaigns to $2,500 and $1,500 to non-statewide races. However, there are no limits on direct contributions from immediate family members, such as parents.

Apart from the Republicans, political parties in Wyoming lack the same kind of fundraising powerhouses, according to King. “The Democratic Party has been consistently losing and they have no equivalent donor on their hands who will just bankroll candidates,” King said.