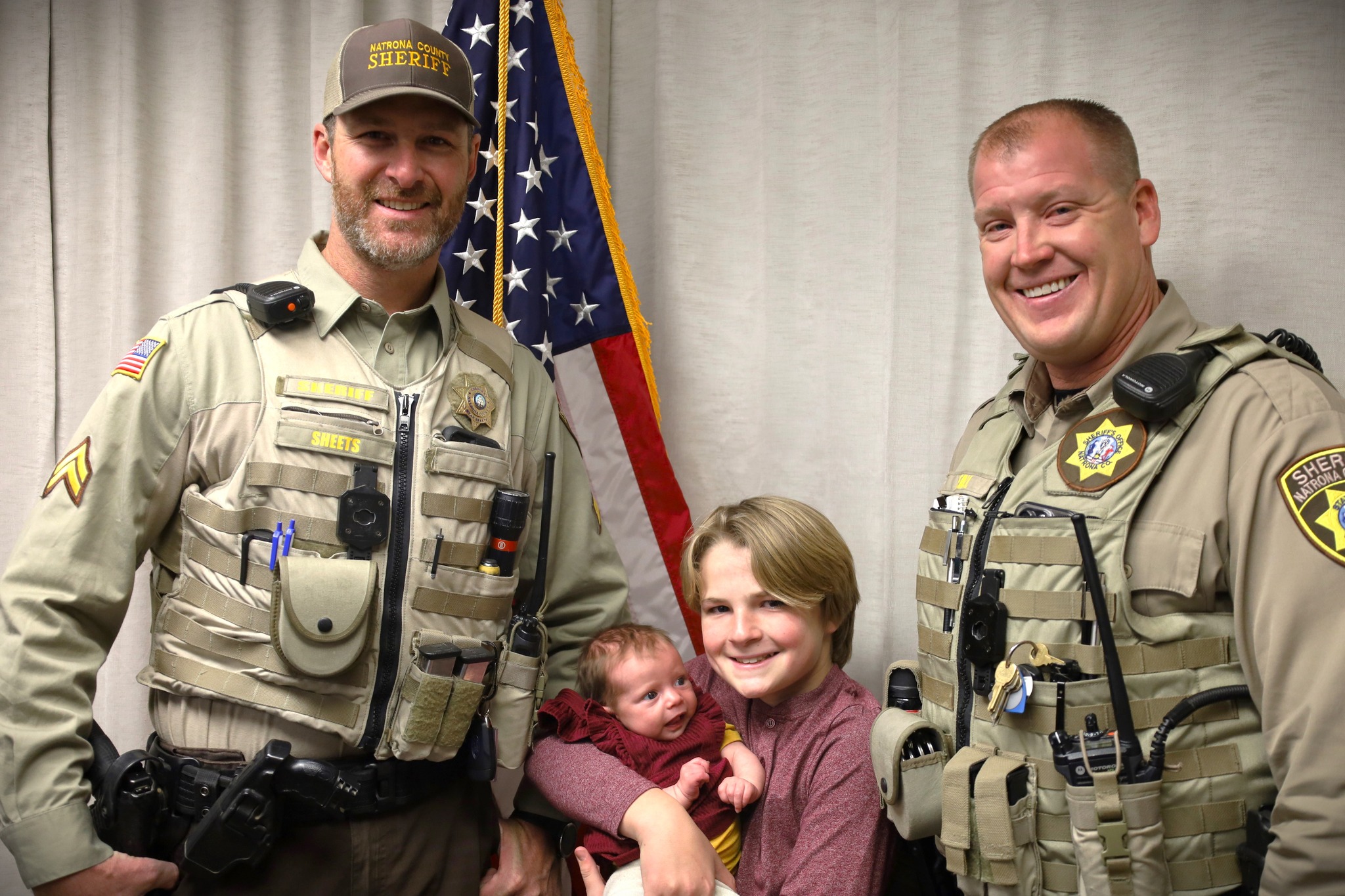 CASPER, Wyo. — A 13-year-old boy “acted quickly and without hesitation” when he helped his mother deliver his baby sister last September, according to a release from the Natrona County Sheriff’s Office on Tuesday.

Dispatch alerted a deputy that a woman was in labor and only her son, Luke, was at home with her. By the time Deputy Beall arrived, Luke had already helped deliver baby Michaela, who was breeched, into the world of Natrona County.

“[Mom] Courtney was expecting to deliver later that week due to the complications, but little Michaela wasn’t waiting on anyone!” the NCSO said.

Deputy Beall and Corporal Sheets presented Luke with the Sheriff’s Office patch and challenge coins to commemorate his extraordinary care and poise.

“Luke was incredibly brave,” said Deputy Beall. “He stepped up out of intuition to help his mom and baby sister. I’m extremely impressed with how calm and organized he was that night. To bring a sibling into the world is so special, it’s truly remarkable.”

Luke told deputies that he knew what needed to be done for his mom and baby sister, and he feels he will share a special bond with Michaela forever.

“Fortunately, this unexpected emergency had a very happy ending and has become a story that everyone involved will remember forever!” the NCSO said.