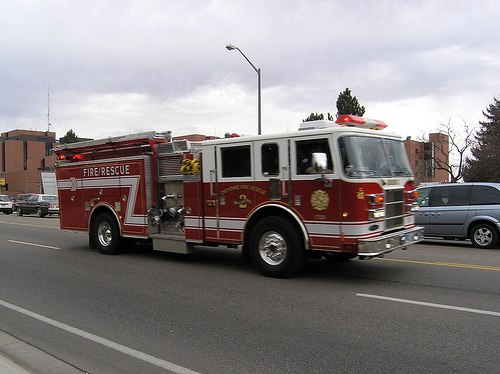 CHEYENNE, Wyo. — Cheyenne Fire Rescue responded to a fire at a multi-family residential structure that was under construction early on Saturday morning.

On Saturday, Nov. 26 at around 6:21 a.m., firefighters were called out to the 1500 block of Richard Martin Drive. Upon arriving at 6:29 a.m., they found flames and smoke coming out of the structure and noted that the fire was quickly gaining in size.

The heat from the fire caused challenges for the firefighters as well as damage to three other structures which were also under construction. The scene was under control a half-hour later, with firefighters remaining at the scene until 9:12 a.m.

The structure was unoccupied and no injuries were reported.

The dollar amount of damage is unknown as this time and the cause of the fire is under investigation by Cheyenne Fire Rescue.