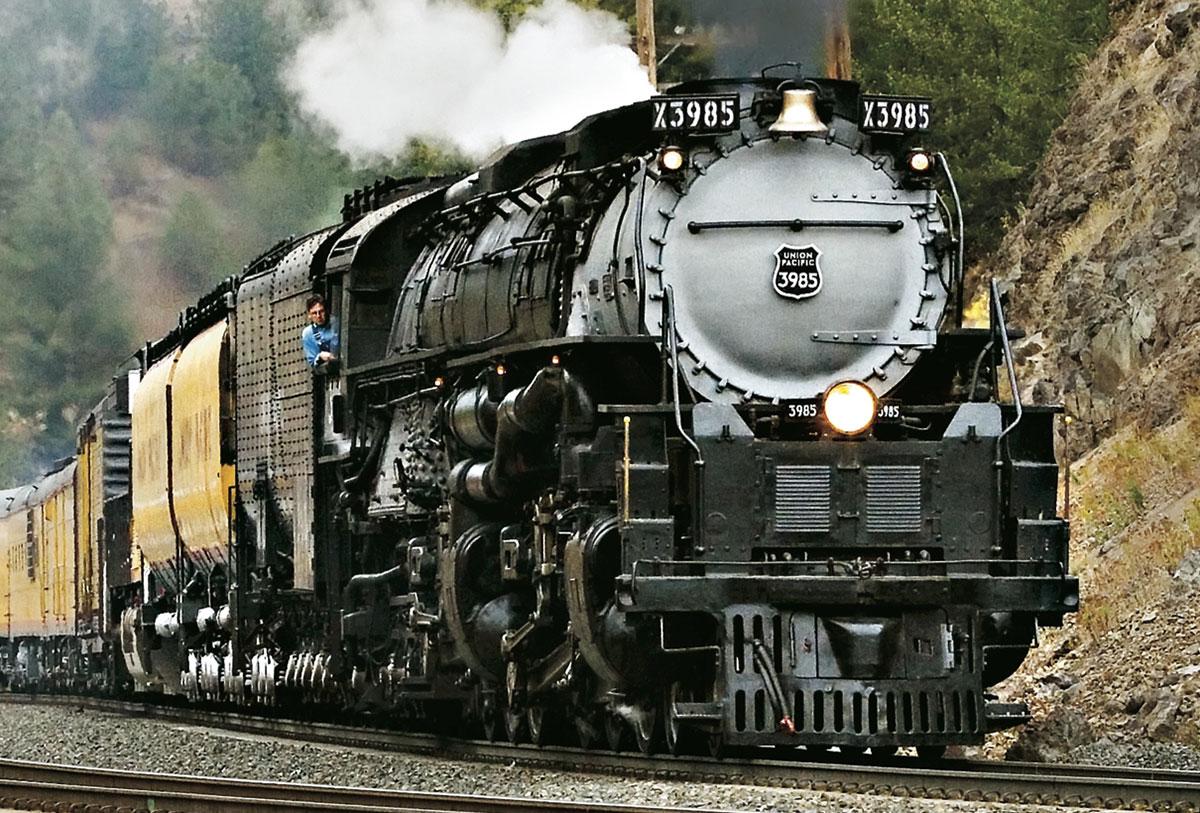 A photo of the Challenger No. 3985 locomotive that will be donated by Union Pacific from its Cheyenne fleet to an Illinois nonprofit for restoration. (Union Pacific)

CHEYENNE, Wyo. — Colorado has been working toward bringing a passenger rail service to the Front Range, and Cheyenne is on track to connect Wyoming with the new line.

In a release from the Greater Cheyenne Chamber of Commerce, President and CEO Dale Steenbergen said of the efforts, “Cheyenne’s economy is inextricably linked to the Front Range. It is important for us to keep our efforts aligned and on track. Passenger rail is a major step in building the future of transportation in our region.”

An idea that has existed for decades, the Front Range Passenger Rail project proposes to establish daily passenger train service on an existing rail line along the I-25 corridor, initially from Pueblo to Fort Collins in Colorado, and later to Cheyenne and into New Mexico.

The project gained serious traction when Congress enacted an infrastructure bill in 2021 that provides $66 billion in funding for passenger rail projects around the country.

The Federal Railroad Administration is currently taking proposals from states, local governments, and others on new passenger rail corridors where Amtrak could expand its service. The federal agency will then select which proposals should get the federal funding.

The Front Range project is centered on Colorado, which has taken the lead in developing it by allocating nearly $9 million for planning the route and creating an independent special governing district that can levy voter-approved taxes to build and operate a passenger rail system.

Tom Mason, director of the Cheyenne Metropolitan Planning Organization, said his office has been closely involved with the Colorado project from the beginning.

“We’ve always wanted to be there and participate because we don’t want them to forget that we’re the northern anchor of the Front Range, not Fort Collins,” he said, “and people down in Colorado have done a good job of involving us.”

Mason said his office has also been working with the Wyoming Department of Transportation on other related projects aimed at providing more transportation options for the Cheyenne region that would tie in nicely with the passenger rail service when it reaches Wyoming.

The related projects include establishing a bus service between Cheyenne and Fort Collins while the rail line is being planned, developed, and built, which will take years to accomplish between Pueblo and Fort Collins and still more years and work involved to extend to Cheyenne.