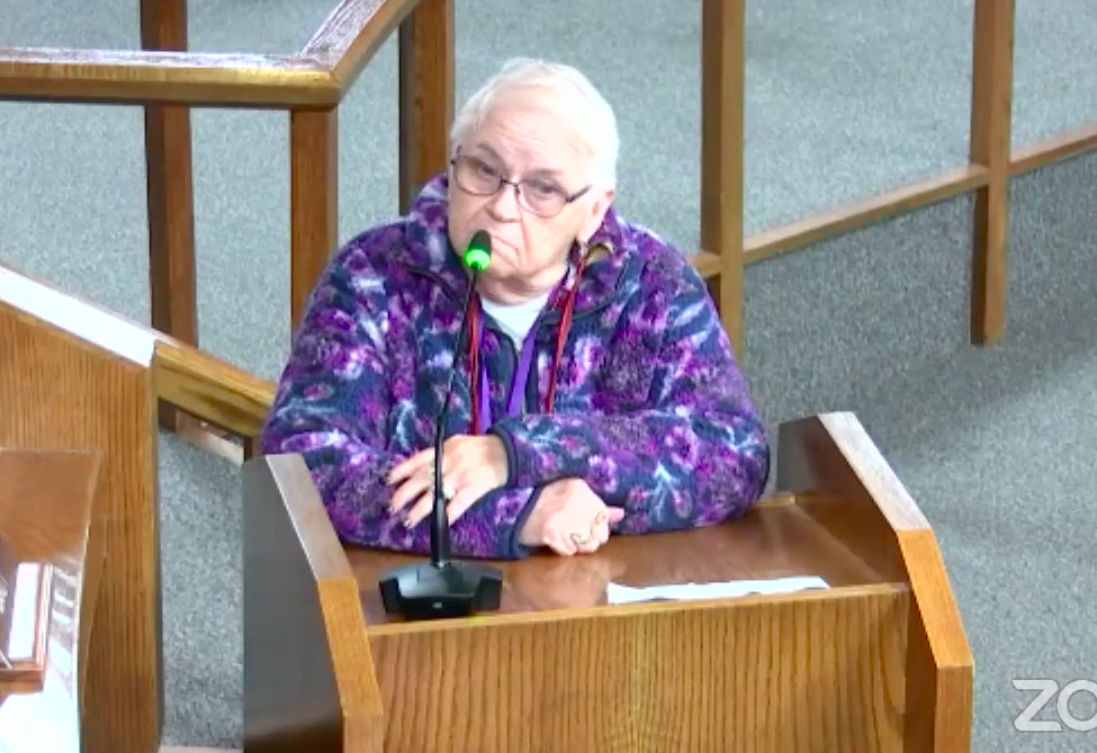 CHEYENNE, Wyo. — Monday night, Cheyenne community members once again protested the city annexing land and allocating it for high-density projects, but once again the council moved forward with both processes.

Councilmembers voted unanimously to pass on second reading an ordinance that would annex 10.7 acres of land west of Ridge Road and south of Storey Boulevard.

Later, they narrowly passed another ordinance on second reading 5–4 that would permit developers to build hundreds of apartment units on the land, with Councilmembers Michelle Aldrich, Ken Esquibel, Mark Rinne and Pete Laybourn voting against it.

Both documents will go to the Public Service Committee for recommendation and then to the council on Feb. 13 for final action.

During the meeting, Charles Bloom, the city’s Planning and Development Director, notified the council of a community petition against the annexation and high-density zoning that is being reviewed by the City Clerk’s Office.

Roughly 29% of residents living within 140 feet of the proposed annex property have signed it, Bloom said. In the event that 20% of landowners within 20% of the annexed area oppose the process, it would trigger a supermajority vote, according to the city’s municipal code.

The petition would be put into effect and taken into consideration by the council during the ordinance’s final reading.

He also said it is possible for the city to annex a property without giving it a zone classification, but this is not recommended as it causes problems with land enforcement and development.

John Sesel, who lives near the property, said the plan for the proposed complexes is too vague and suggested that the council hold off on annexing the land until developers bring something more detailed.

“The answers I keep getting to my questions, like the 10 to 15 buildings they are going to put behind my house, they say they don’t have a plan,” he said. “Until they know what is going to be done, that needs to be looked at before the land can be annexed.”

Mayor Patrick Collins replied that annexing and classifying land is necessary before developers can spend time and money on the engineering details needed to make the project work.

On the other hand, Renee Fowler, who identified herself as a local hospitality worker, expressed approval for the annexation and said that that space will eventually provide homes for people.

“I believe it’s going to bring in a better work force for us,” Fowler said. “People eat and work here, but then they go out to Fort Collins because they don’t have a place where they can live here. It’s a good project.”

Collins reminded attendees that the 10-acre area is one of the 65 pockets of unincorporated land in Cheyenne that the council plans to annex by next year.

These pockets of vacant or inhabited land are surrounded by city property and governed by Laramie County.

Aldrich said she supports the annexation and the city can help improve the deteriorated condition of the proposed property.

“The increased sidewalks and gutters and streets, some of the things that will be done to the neighborhood, would improve that property and your property values.”

She said the real discussion lies not in the annexation, but what will be developed in the area.

With the land approved for annexation, community members, developers and the council debated on whether to accept the ordinance on high-density zoning and allow the construction of 207 apartment units.

Segel came up to the podium again and said one of his biggest concerns with the proposed zoning is the “immense density” the apartments would bring to the surrounding area. Residents would have to deal with potential drainage issues from the construction and face heavy traffic and overflowing schools from the number of families moving in.

He said he understands that building apartments brings in more money to developers than single-family homes, but wishes it “wasn’t about economics.”

Sharon Tuggle, who also lives near the property, voiced similar sentiments and asked the council why they couldn’t expand building complexes on existing apartments like on Converse Avenue.

Collins replied that those are income restricted, and the city needs at least 5,000 more multifamily units by the end of 2030 to meet Cheyenne’s current housing demands.

Tuggle stated that those units should be single-family residences instead so the area wouldn’t “overcrowd schools and streets.”

“We get enough [apartment complexes] around there we don’t need any more,” Tuggle said. “I don’t know what the solution is other than to not rezone it as high density.”

Several more community members came forward with shared concerns about the increased amount of traffic and drainage problems, and expressed their preference for having single-family homes built instead.

Jason Stephan from Gateway Construction, the company developing the area, told the citizens and the council that all of these concerns will be thoroughly studied and addressed by the company, but not at that council meeting.

“It’s so early in the process to focus and home in on those things,” Stephan said.

Councilmember Cook asked Stephan if it was possible for the project to consist of single-family homes in a lower-density zoning.

Stephan said no matter what homes end up being put on the land, the density needs to be higher in order to accommodate for infrastructure costs.

“We spent the last two years looking at the different options and opportunities; this is where everything pointed to make it pencil out. It would be a benefit to the community and Cheyenne.”

The zoning ordinance can be viewed in full below: