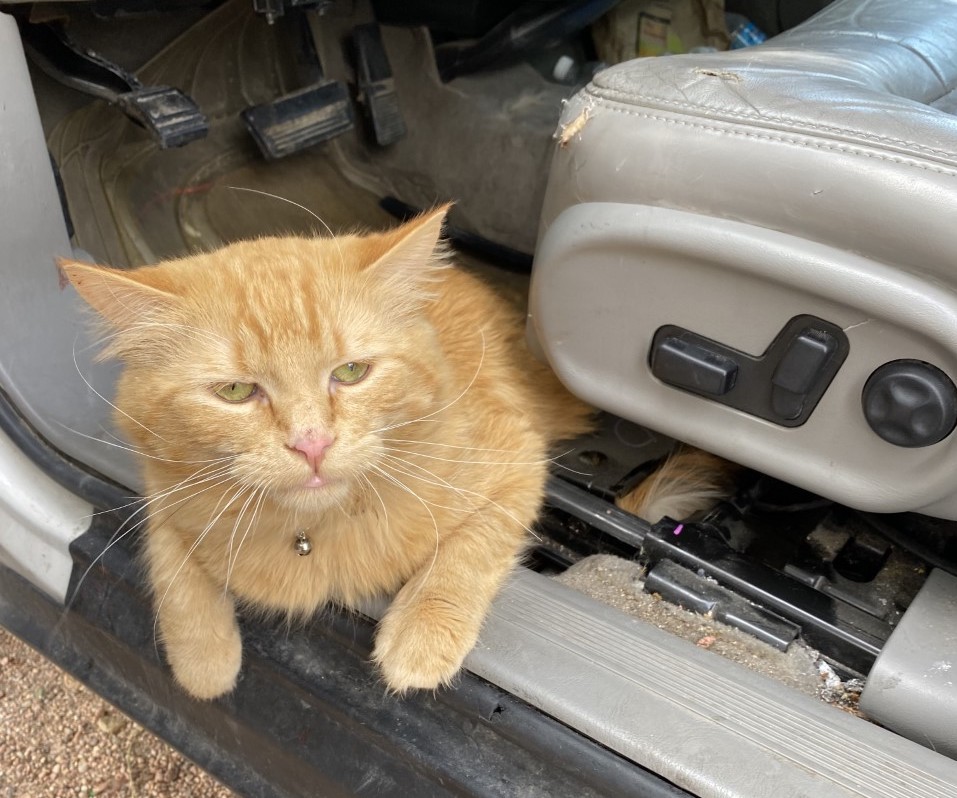 Phoenix, a cat that had to have its tail removed to free it from a car seat mechanism (City of Cheyenne)

CHEYENNE, Wyo. — A cat was injured Thursday when its tail became caught in a car seat track, according to a release from the City of Cheyenne.

Animal Control responded to the call to discover that “the cat’s tail had become stuck in the mechanism used to move the driver’s seat forward and backward,” the release said.

Under the care of a Cheyenne Animal Shelter veterinarian, the cat was sedated and removed from the car.

“Unfortunately, the cat’s tail could not be saved, but her life was,” the release said.