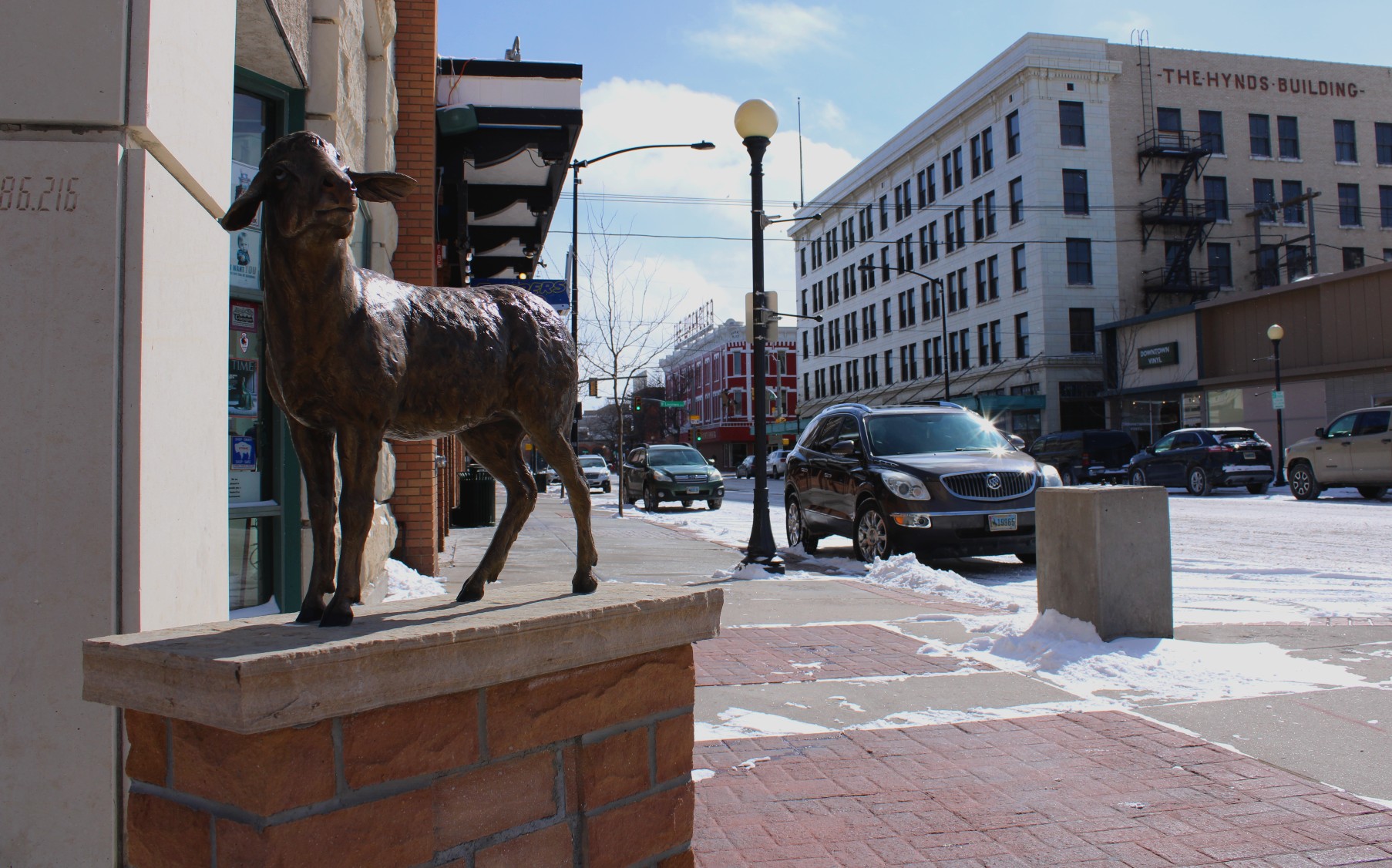 A bronze statue as part of the City of Cheyenne's Capitol Avenue Bronze Project sits at the corner of Capitol Avenue and 17th Street on Tuesday afternoon in Cheyenne. (Briar Napier/Cap City News)

CHEYENNE, Wyo. — The Capitol Avenue Bronze Project will be celebrating its first anniversary by installing three new statues in the city.

A year ago, Mayor Patrick Collins appointed the Capitol Avenue Bronze Commission, giving it the task of securing enough donors for 20 statues to be placed on Capitol Avenue.

At the time, it was thought that this project would take three years. However, the commission went above and beyond these expectations, securing a total of 60 statues through donations.

In a release from the City of Cheyenne, Collins shared, “When I appointed the commission, I honestly didn’t imagine it would be this successful. I thought it would take many years to fill Capitol Avenue alone, but this project has spread to 17th Street and Carey Avenue, and even Central and Warren; conveying as powerfully as possible the pride of the people from this city and state. The story of Wyoming is worth telling and through these projects, we’re telling it.”

Deselms noted that “in the last fast-paced year, we’ve installed 27 statues, bringing our installed total to 30, and we have very nearly 30 more statues that have been donated and are waiting for installation! It’s breathtaking, really — a dream!”

“The headlines are filled with strife,” noted Nathaniel Trelease, chairman of the Bronze Commission, “but this project is a testament to the power of the idea that if you give people an opportunity to show their love of their story and heritage, their devotion will astonish you. This project has awakened the imagination and inspired traditional donors and new donors to help tell the story of one of the fifty states. It is deeply fulfilling to them and to our small group of commission members that the story of Wyoming is being told in the form of art.”

To recognize the first anniversary of the Capitol Avenue Bronze Project, the mayor will hold a press conference on Tuesday, Oct. 4 at 2:30 p.m. The press conference will take place on Carey Avenue and 17th Street, near one of the recently installed statues.

Following the press conference, the Bronze Commission will install the following three statues: