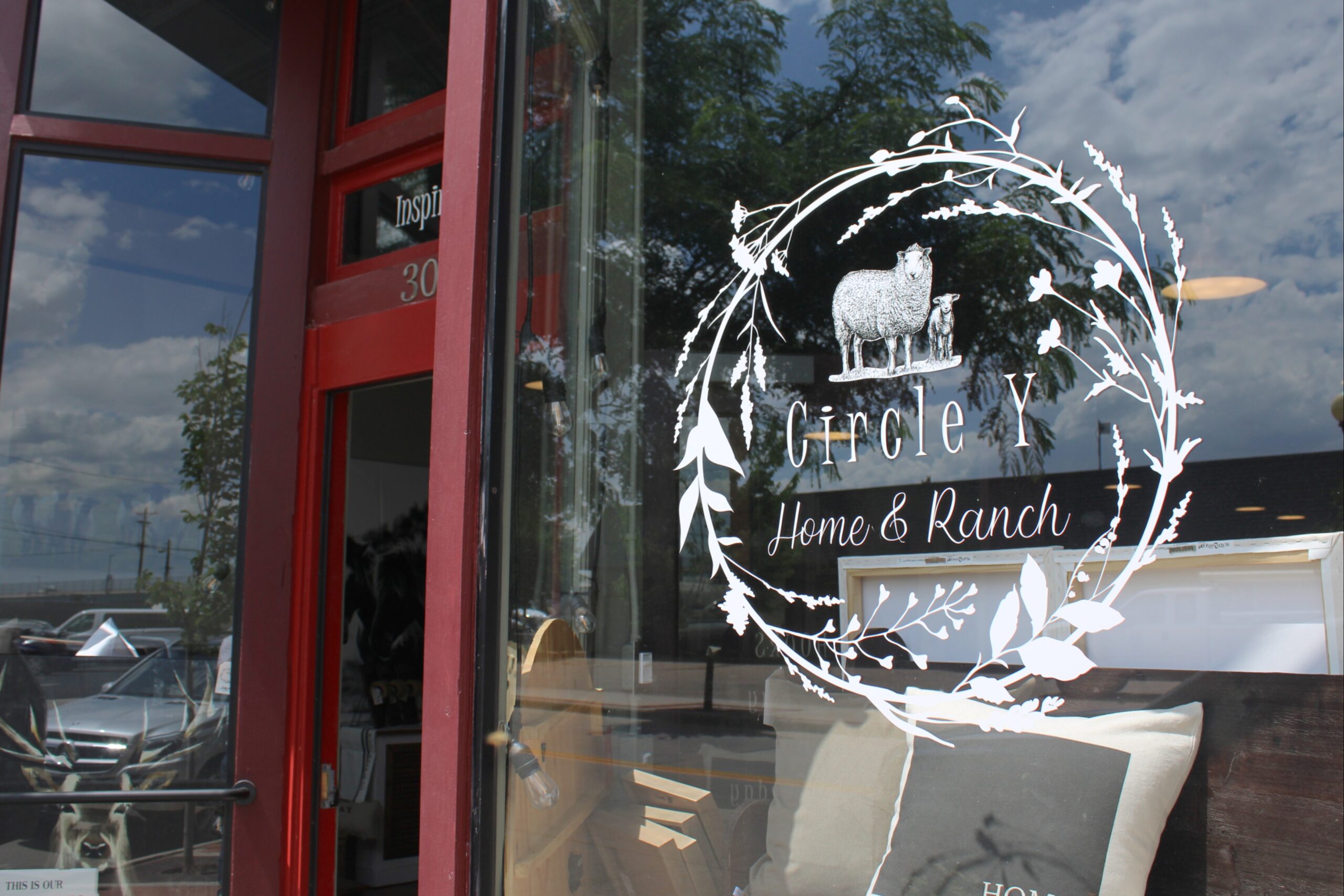 The outside of the Circle Y Home & Decor storefront at 306 W. 15th St. in downtown Cheyenne. (Briar Napier/Cap City News)

CHEYENNE, Wyo. — As their family has been in Wyoming for generations, mother Cindy Mazet and daughter Danielle Rench have a genuine love of the state they call home.

However, throughout their travels elsewhere across the country, they both discovered a love of the “home and ranch” type of store that they believed downtown Cheyenne could use. With shops often featuring unique décor and household items with local twists sprinkled in, the mom–daughter team wondered if such a store back home could work.

Now, with Circle Y Home & Ranch being officially open at 306 W. 15th St. since prior to the start of Cheyenne Frontier Days, the two family-connected co-owners are on their way to finding out.

With an aim of selling what Rench says are “not everyday items that people see,” the business has a wide range of products on offer for those looking to spruce up their households, from food and drink–related accessories and gifts to detailed artwork and furniture pieces. Though they said that store traffic has been a bit slow thus far, the duo is hoping for a tight connection with the community well into the future in the heart of Cheyenne.

With their family originally hailing from the Riverton and Lander areas, Mazet and Rench were inspired to open up Circle Y after seeing firsthand some similar shops during trips to Arizona. Rench said that she has two friends from the state who own home and ranch stores there and that they’ve played integral roles in helping her turn her idea into a reality back in Wyoming.

One particular feature about Circle Y, Rench said, is that customers are unlikely to see the same exact inventory on offer in the building twice in a row. The owners bring in what they note as “one-of-a-kind” items from several different companies — most of which are all-American, according to Rench — that keep things fresh when purchases do happen.

Some items in particular, in fact, are almost certainly not found in any other place in Cheyenne.

“Have you ever heard of wild violet jelly?” Rench said while pointing out an on-sale jar of the condiment sitting on a table. “Not really, right? … This is a company out of Alabama, so they make all their stuff in-house. I wanted to support, again, a U.S.A. company, so I’m trying to be really adamant and clear about that. I want to have a variety of things; yes, this is a furniture store, but it’s also gifts and home décor. So people can come in for like a birthday gift or a Christmas gift or whatever [they want].”

Like many small-scale local businesses, battling the big-box chains for business is a continuous battle, Rench said, but she additionally noted that she and her mother have greatly appreciated the local support they’ve garnered since the store opened. Mazet, who declined to be interviewed herself, is very much an active part of the ownership team and a person Rench said she “couldn’t do this” without.

Mazet makes up just one part of the past experiences that have helped lead up to Circle Y getting off the ground, with Rench noting that her family’s background in the state, prior careers and friendships made in the business world have also been influential. With all that information finally being put to use, they both hope that they can stay active in downtown for a long time.

“Anything that I do with my mother is amazing to me,” Rench said. “It just makes me very happy to work with her. … I would just love it if downtown Cheyenne would just keep growing. This used to be the Paris of the West, and I hope it shines.”