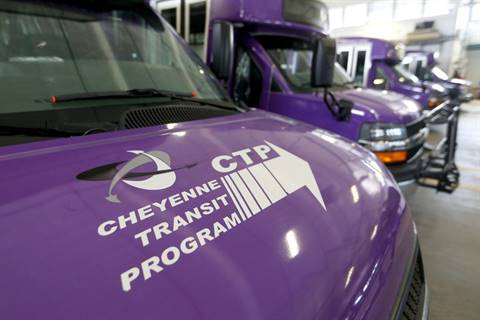 CHEYENNE, Wyo. — The City of Cheyenne’s Metropolitan Planning Organization is seeking community comment and mulling a proposal for potential new bus routes in the city.

The Cheyenne Transit Development Plan, which the city held a community meeting for on Wednesday morning, outlines a proposed three-phase system in which up to four new bus routes on the Cheyenne Transit Program could be implemented in response to current community needs and conditions.

City-provided graphics of each proposed phase are listed below:

Each phase would continue the city’s trend of microtransit service — or on-demand pickup times that transit riders can reserve at various city locations through a phone app — that has been in place since around the start of the COVID-19 pandemic.

Paratransit service would also be complimentarily included in each phase for riders unable to use fixed-route services within three-fourths of a mile of each route, the city said.

The city noted that the proposed changes are the result of community input from previous meetings and surveys along with the identification of what areas of Cheyenne are in most need of adequate transit, judging those areas on factors such as zero-vehicle and low-income households and the presence of older adults and those with disabilities.

“At this point, these really serve as concepts and the purpose of this meeting is to get this kind of input to help us refine what the recommendation will be in that plan,” transportation consultant A.T. Stoddard, who has been one of the main leaders behind the proposal, said in the meeting. “You’ll have a chance to review that full plan in more detail. So that will be coming.”

Community members are encouraged to share their feedback regarding the plan on the Metropolitan Planning Organization’s website.