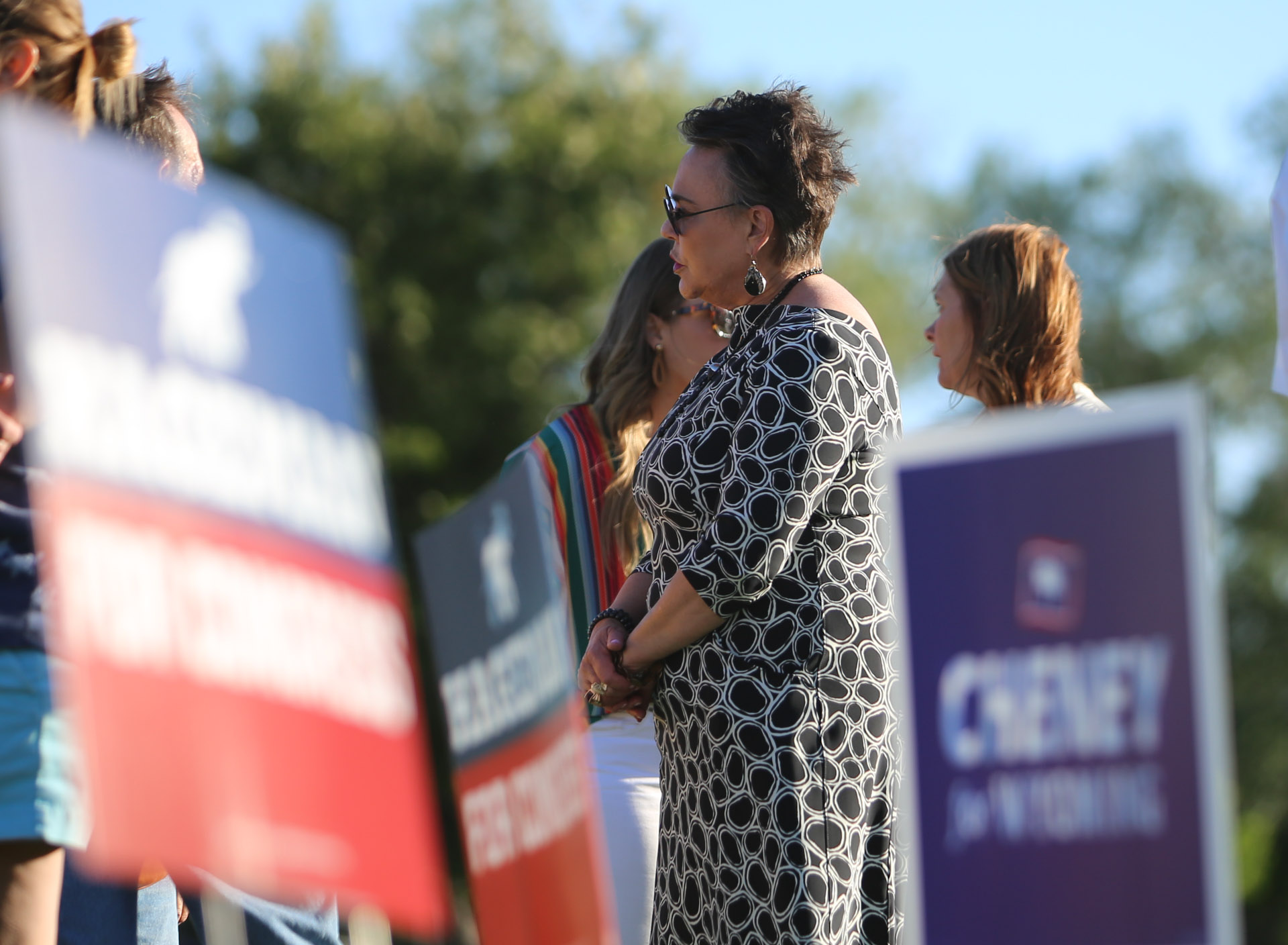 Harriet Hageman, Congressional candidate, discusses issues with attendees at the Republican Politics in the Park event at the Lions Park Amphitheater in Cheyenne on Monday. (Lisa Hushbeck/Cap City News)

Hageman, a Cheyenne trial attorney who is backed by former President Donald Trump, is running against incumbent Rep. Liz Cheney to return “to constitutional foundation, and fight for freedom, fight for liberty, fight for states’ rights, fight for the things that we all believe in and that we’ve been taught about for years and years and years,” she told attendees.

“I always thought that it would be the states that had to step up and fix things, that it was the governors that were going to have to protect us. I now realize that if we don’t fix what’s going on in Congress, we’re never going to be able to fix it at the state level as well,” Hageman said.

Joining Hageman for the first of five planned Politics in the Park events at the Lions Park Amphitheater were candidates for House District 9, Senate District 7, state superintendent of public instruction and Laramie County sheriff.

Republican sheriff candidates Brian Kozak, Don Hollingshead and Boyd Wrede participated in a Q&A session, covering various issues including jail capacity and solving the understaffing issue the department is facing. All three candidates were in favor of raising the deputy wages, as well as having more deputies in rural areas.

Superintendent candidates present were incumbent Brian Schroeder as well as Megan Degenfelder and Jennifer Zerba, who all responded to a question regarding the Biden Administration’s decision to withhold school lunches from schools that do not update policies to ban discrimination based on sexual orientation and gender identity. All three expressed strong opinions that Wyoming shouldn’t comply.

“You already have a policy; it’s in our Constitution,” Zerba said.

Senate 7 candidates present were Rachel Bennett, JC Manalo and Stephan Pappas. Unfortunately, the audio no longer functioned properly during their time on stage due to the sprinklers soaking the equipment, making their statements hard to hear.