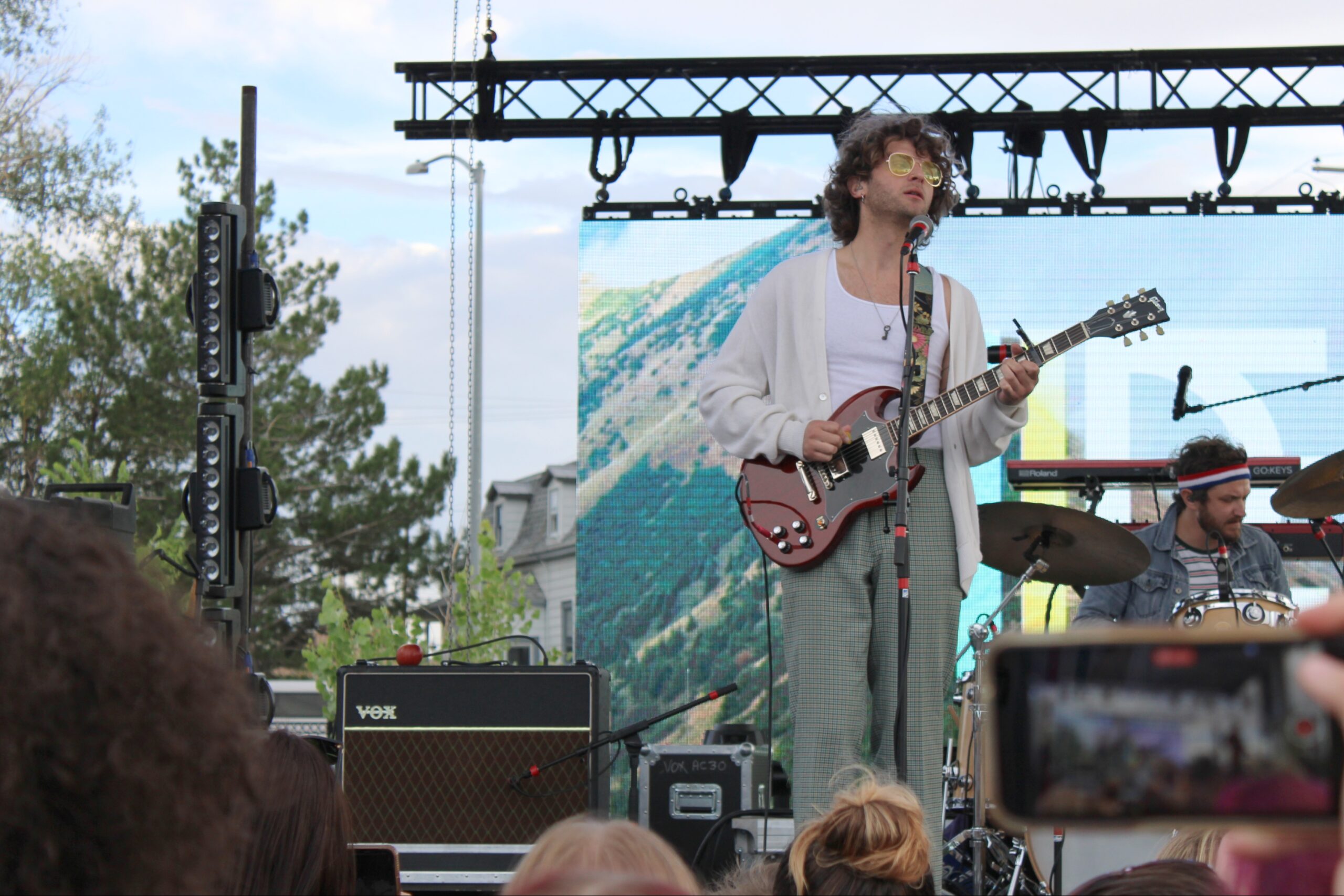 CHEYENNE, Wyo. — Joe P’s upbringing and music career is about as far removed from Wyoming as possible.

The solo alt-rock musician (real name Joe Parella) had never been to the Cowboy State prior to his show Saturday at the 2022 edition of Edge Fest — the popular free concert held annually in the West Edge District of downtown Cheyenne — both in his current act and while he was a member of independent rock band Deal Casino from 2013 to 2020.

The New Jersey native had made stops in nearby states like Kansas and Utah to perform before, but Wyoming? That was something totally different, he noted in an interview for this story following his set Saturday.

“I was just like, ‘I’m down to do anything,'” Parella said on his initial reaction of hearing that he’d have the opportunity to play a show in Cheyenne. “If there’s people there that want to go to a show, I’m in. And I think it was also like, ‘If we do this and a lot of people like it or whatever, we could do it again.’ … [If] you do something like this where there’s kind of a built-in crowd, then you come back into a venue or something; it’s like you get a better chance [of a good crowd].”

Sure enough, organizers behind Edge Fest this year brought in Parella — plus Californian pop artist Claire Rosinkranz and Australian headliner Tones and I — to perform on stage at the festival, which has been going on in some form since 2014, bringing a unique set of musical styles to Cheyenne that acts as a departure from some of the other top music performers that play in the city each year.

Coming from humble beginnings and directly tied into the City of Cheyenne’s West Edge redevelopment plan launched in 2013, Edge Fest has acted as a yearly event and celebration of the area’s growth and continued revitalization, bringing in many tourists and outsiders (even the musical acts, like Parella himself) to Wyoming’s capital that perhaps wouldn’t have stopped by the city otherwise.

And, sure enough, Parella admitted that he and his bandmates acted like tourists before the show. Noting that they walked and drove around downtown and stopped by The Wrangler — the giant Boot Barn retail store on Capitol Avenue that’s one of Cheyenne’s most recognizable buildings — he noted that they admired and appreciated the history and people within the city and found it a refreshing change from the hustle and bustle of places like New York City or Los Angeles.

“There’s just so many cool things; like, you can’t fake how that sign looks because it’s been there for 50 years or whatever it is,” Parella said. “You can almost just feel the history that’s in it, whereas you drive around New York City, it’s changed so many times. … It feels like everyone is settled in on what their thing is.”

But another thing that especially sold Parella was the environment of Edge Fest itself, held in a sunken area of the West Edge at Civic Commons Park that had a pseudo-feel of attendees surrounding the stage end-over-end. The vibes felt genuine even as he noticed that many attendees hadn’t known of his music before this weekend, he said.

Depending on how many new fans he made by performing in Cheyenne, who knows, Joe P could be back for a future concert one day. A former Edge Fest headliner — 2019’s main act, rapper K.Flay — is doing it, for instance, with a performance scheduled for October at The Lincoln Theater just three years after she rocked the stage and earned some new fans in the West Edge District.

No matter what happens down the line with his music career, with how warmly Parella spoke of Cheyenne following his set, it’s at least clear he’s gained a new appreciation for Wyoming.

“It feels like what music was made for,” Parella said. “They don’t even know who you are sometimes, but it feels like you’re at the biggest concert in the world. Tonight, yeah, some people knew me, but I could see a sea of people that didn’t, and they’re still watching. Some people are dancing, some people are coming up to me after. That’s way more fun, because that’s what music is supposed to be about.”