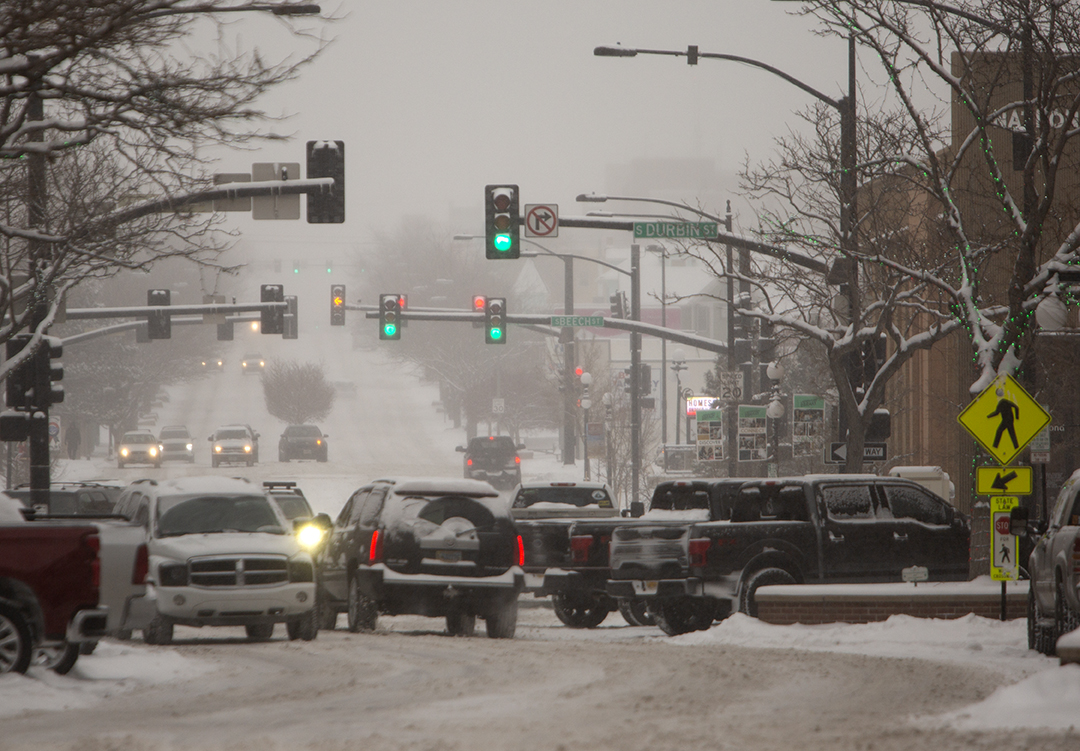 CHEYENNE, Wyo. — Cheyenne residents have a chance of seeing some snow tonight, though the clouds are mostly expected to clear up in the coming days.

Tonight, the National Weather Service in Cheyenne reports a 40% chance of snow, with a 30% chance continuing into early Monday morning. The Cheyenne area is predicted to see a high temperature of 35 degrees, with a low of 15.

After that, though, skies are expected to mostly clear up in the area. Mostly sunny days are expected from Tuesday through Friday.

However, temperatures should remain chilly, according to the NWS in Cheyenne. Until Friday, temperatures aren’t expected to reach above freezing. However, they’ll finally break the threshold on Friday, with a high of 39 in the forecast.