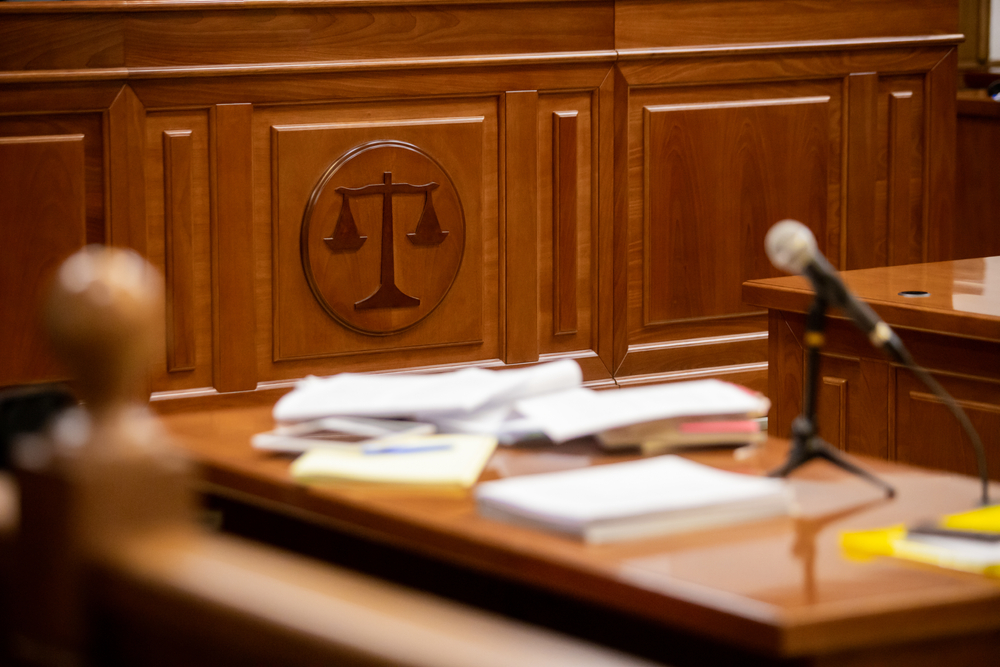 GILLETTE, Wyo. — An infant who prosecutors believe was violently abused by his father reportedly showed no signs of trauma in the weeks leading up to January 2021, witnesses testified Wednesday.

On days three and four of the trial for Tyler Bryan Martinson, who stands accused of 10 counts of felony aggravated child abuse stemming from an investigation into broken bones sustained by his infant son, five witnesses testified the infant showed no signs of injury in the weeks prior to him being brought to the emergency room at Campbell County Health.

Jennifer Rasmuson, a nurse practitioner employed at Big Horn Pediatrics, said she saw the baby as a patient in a series of visits that began days after he was born, none of which Martinson attended.

She testified that the baby appeared to be doing well during his initial visits, basing her observation on questions posed to the baby’s mother, Keasha Bullinger, regarding feedings, constipation and jaundice.

The same was said during the baby’s two-month checkup, Rasmuson told the jury, though at that time she did note the infant was experiencing symptoms associated with torticollis, or wryneck, a condition she described as common that causes the infant’s head to rotate and tilt at an angle.

Rasmuson referred the baby to physical therapy for the torticollis, she continued, but there was nothing revealed in her exams of the baby that raised any red flags.

“Everything seemed completely normal,” Rasmuson said, adding she was not overly concerned over the baby spitting up after feedings because he appeared to be gaining weight well and was cooing and smiling during another visit.

Gillette Physical Therapist Dr. Chris Clouston, who specializes in pediatric physical therapy, classified torticollis as a common condition as well, and said Bullinger brought the baby into her office for seven appointments between Dec. 2, 2020, and Jan. 11, 2021.

The baby was having trouble looking to his left, and Clouston testified that treatment consisted of gentle stretching and holding the infant in a way that encouraged him to look to his left.

She saw no indication that anything was wrong until a visit on Dec. 30, 2020, during which the baby appeared to be whimpering and was having trouble lying on his back and stomach. During that visit, he just wanted to be held, Clouston said, which wasn’t typical behavior for him.

The physical therapist recalled one instance where Bullinger asked if it was normal for ribs to make a popping sound, which she said was not, but could not say for sure which visit the question was asked.

None of the techniques she prescribed were forceful enough to break any bones and all of them were gentle, Clouston said, adding she did not prescribe holding the baby up by his ankles because doing so could cause him harm.

Chiropractor Dr. Clint Petersen testified that Bullinger brought her youngest son to his office for one appointment on Nov. 24, 2020, to seek treatment for his torticollis, and said his exams did not reveal anything concerning and were “pretty typical” for the baby’s age.

The visit was not referred by Rasmuson, who said during her testimony that she would never refer an infant with torticollis to a chiropractor.

Grandmother Teresa Bullinger described the baby as a “happy little boy” and recalled seeing him two to three times per week in the months following his birth. She said she would watch the baby at her house while his parents worked, Martinson for his father and her daughter at a local coal mine, and did not notice anything unusual.

She never felt she was hurting the baby, there were no signs he was in pain while being handled, and his leg appeared to be normal during the last visit Dec. 19, 2020, prior to him being taken to the hospital, she said.

Teresa Bullinger said, during her visits, she never felt a need to perform the bicycling maneuver to alleviate the baby’s gas and recalled having no issues with him spitting up, though she did remark that he was being fed a special formula when she watched him.

Gwyn Martinson, the defendant’s mother, testified on day four of her son’s trial and indicated that, during multiple visits up to Christmas Day 2020, the baby was the same happy little boy that she knew him to be and did not show any signs of being in pain.

Michael Martinson, the defendant’s father, told the jury on May 5 that his son had come to him with questions about how to take care of a baby, but was not sure if he had sought the same advice from his mother.

Similarly, the defendant’s father testified that his grandson appeared to be quiet, happy and content. He described a Christmas party where the baby was passed between family and appeared interested in what was going on around him.

Michael Martinson said he never saw his son being too rough or hurting the baby and that the defendant appeared remorseful when he learned about the extent of the baby’s injuries.

“We talked about what happened; he said he did the bicycling,” the defendant’s father said, telling the jury his son had no idea about the injuries. “We cried, we prayed, and know that he didn’t do this.”

Clarification, May 5, 2022: References to the baby as a child have been edited to reflect that the victim was an infant at the time of injury.