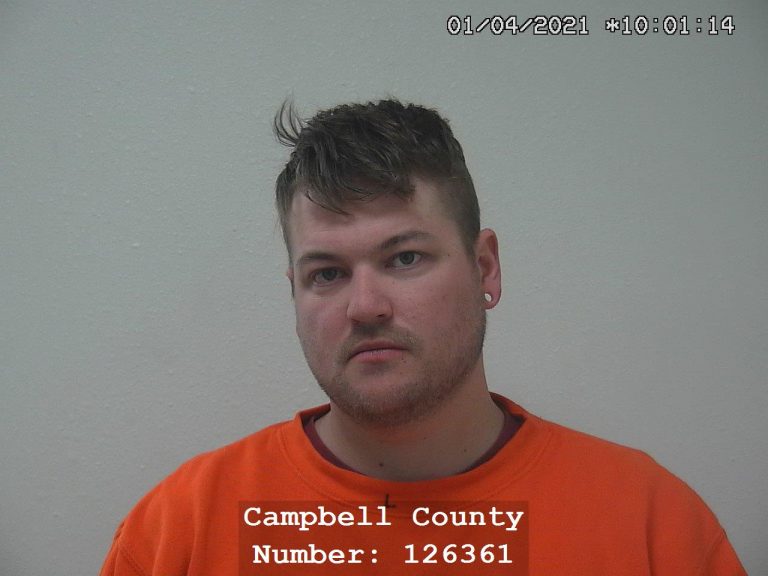 GILLETTE, Wyo. — On Tuesday, a Gillette man accused of violently abusing his infant son and breaking the baby’s bones was found guilty of felony aggravated child abuse by the jury.

Jurors began deliberations Monday afternoon, May 9, following a week-long trial for 29-year-old Tyler Bryan Martinson of Gillette. Following an overnight break, the jury returned with a verdict shortly before 2 p.m. on Tuesday, May 10.

Martinson was ultimately found guilty of six out of the 10 counts of felony aggravated child abuse filed against him by the state for breaking multiple bones in his infant son between December 2020 and January 2021.

The jury found Martinson guilty of breaking five of his son’s ribs and fracturing one of the baby’s legs, according to the Campbell County Attorney, Mitch Damsky, who said the jury acquitted Martinson for the four corner fractures in the child’s legs.

As of May 10, a date for Martinson’s sentencing hearing has not been set and could take as long as 75 days, according to Damsky, while a presentencing investigation to determine Martinson’s history is concluded.

District Court Judge Paul S. Healy III overruled a request by the state to take Martinson into custody until sentencing, stating he doesn’t see Martinson as a flight risk given his numerous family ties to the community and because he has not had any bond violations since the case began.

Healy allowed Martinson to go free from the courtroom on the condition that he continue to adhere to the conditions of his current bond and return for sentencing.

Damsky said the multi-day trial was a very hard fight, and praised the efforts of Deputy County and Prosecuting Attorney Greg Steward in his handling of the case as well as his demeanor in the courtroom.

He also said Martinson had impeccable representation who fought hard on his behalf, but in the end, Damsky continued, the case had an astute jury who listened attentively to the facts in the case and justice was served.

“My heart goes out to the child, and to the Martinson family,” Damsky said, adding that in a case like Martinson’s, there are no winners.