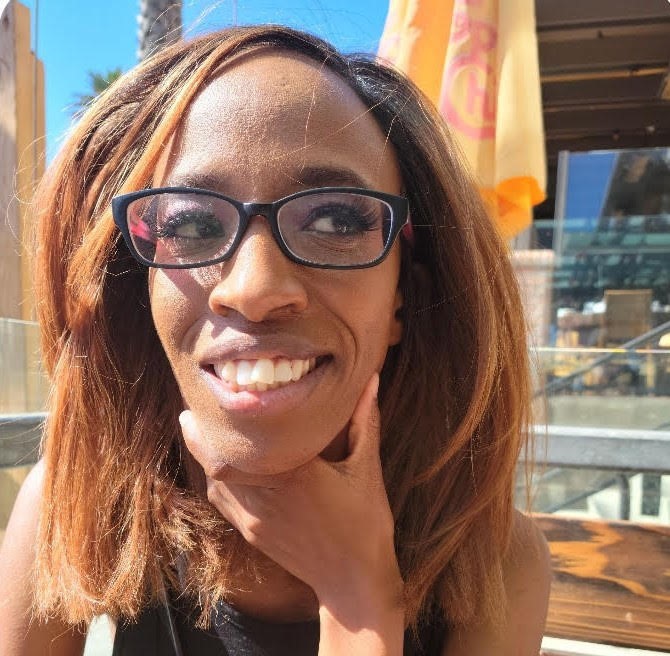 Irene Wairimu Gakwa, 32, went missing from the Gillette area in late February and is believed to have lived with a man up until her disappearance. (Gillette Police Department/City of Gillette)

GILLETTE, Wyo. — Investigators have arrested a person of interest in the case surrounding the sudden disappearance of 32-year-old Irene Gakwa, the Gillette Police Department announced Wednesday.

Police arrested Gillette resident Nathan Hightman, 38, on Wednesday, May 11, for multiple felonies, one for unlawfully using Gakwa’s credit card and two for crimes against her intellectual property, according to the department’s statement.

Hightman has declined interview requests from Gillette police, who continue to investigate Gakwa’s disappearance and maintain their belief she went missing under suspicious circumstances.

Gakwa is described as a Black woman approximately 5-foot-1 and weighing about 89 pounds. Her family reported her missing on March 20. They told police she had not been seen since a video call on Feb. 24.

Multiple law enforcement reports state that her phone is not pinging on any network, and she has not been heard from since March 4.

Investigators believe Irene was taken to a rural area, mine site, or oil and gas location between Feb. 24 and March 20, according to a previous Gillette Police Department statement.

Police detectives are asking the public for any information regarding a gray- or silver-colored Subaru Crosstrek with Idaho registration that may have been seen trespassing on private property, as well as the possibility of a 55-gallon metal drum that may have been burned or abandoned within Campbell County.

Anyone with information relating to Gakwa’s disappearance, regardless of how insignificant it may appear, is urged to contact the Gillette Police Department at 307-682-5155.