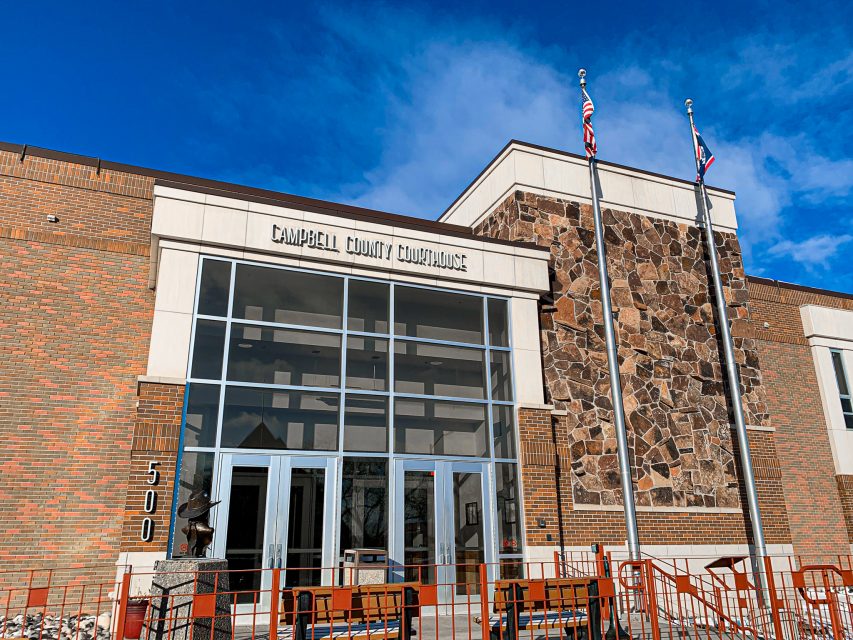 GILLETTE, Wyo. — A Gillette man who has been accused of using a missing woman’s finances without permission and is a person of interest in her disappearance has pled not guilty to all charges, his attorney said Thursday.

Nathan Hightman, 38, fiancé of 32-year-old Gillette woman Irene Gakwa, who has been missing from the area since February, is accused of transferring thousands of dollars out of her bank account to his own, charging purchases to her credit cards, and changing her banking and email passwords, all without permission, according to an affidavit of probable cause filed in the case.

During his arraignment on May 31, Hightman pled not guilty to all charges, defense attorney Steven Titus told County 17 on June 2.

Hightman, a person of interest in Irene’s disappearance, told police in March that he had not seen nor heard from her since she announced she was leaving, gathered belongings into two plastic bags, and left in a dark-colored SUV, per the affidavit.

He allegedly admitted to removing money out of Irene’s bank account to his own to get her to contact him when she needed funds, the affidavit says.

She never did, and her family has not heard from her since Feb. 24, 2022, according to statements issued by the Gillette Police Department.

Warrants issued for Gakwa’s personal information showed eight transfers from her bank account to Hightman’s totaling $3,666.46, the affidavit states, and showed he changed her banking password.

Gakwa’s email account records revealed that her password had been changed and later closed from a device with an IP address that police traced back to Hightman, per the affidavit.

Credit card records for Gakwa’s accounts showed several charges totaling more than $600, one of which occurred at Walmart for a shovel, a pair of boots, and a pair of pants that Hightman was seen carrying in a surveillance video of the transaction. Those items were later found at his residence, according to the affidavit.

Additional credit card records revealed a series of charges over three days in late February 2022 totaling $804, while others in March 2022 totaled $2,426, per the affidavit, which adds that detectives traced 10 transactions total back to Hightman’s IP address.

Gakwa was first reported missing on March 20 by her family, who had not heard from her since a video call at the end of February. As of June 2, Gillette police continue to investigate her disappearance and believe she went missing under suspicious circumstances.

It is possible that she was taken to a rural area, mine site, or oil location between Feb. 24 and March 20, per an April 14 statement from the Gillette Police Department.

A more recent release in Gakwa’s case requested information concerning a silver or gray Subaru Crosstrek that may have seemed out of place in rural areas of Campbell County; police are also asking for information about a 55-gallon barrel that was either abandoned or used for burning.

Gakwa’s phone is not pinging on any network, according to the Wyoming Division of Criminal Investigation.

Anyone with information regarding Irene’s disappearance, no matter how insignificant the information may seem, is urged to contact the GPD at 307-682-5155.