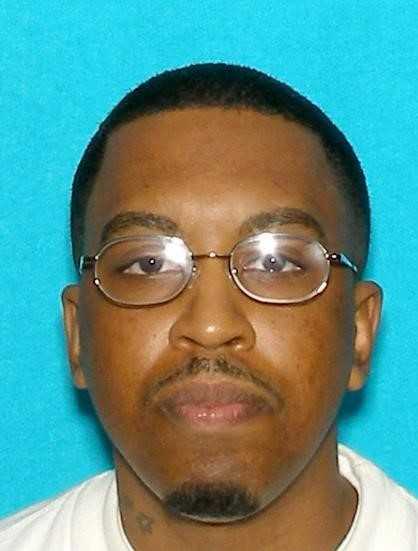 CHEYENNE, Wyo. — On Tuesday, the Cheyenne Police Department released in-car camera footage of an incident last month in which a Scottsbluff, Nebraska, murder suspect was killed following a standoff with law enforcement.

Davin Darayle Saunders was killed by members of the Cheyenne Police Laramie County Joint SWAT Team on May 28 after being located near the 2500 block of East 11th Street. Saunders was wanted out of Scottsbluff on multiple homicide-related charges including second-degree murder, possession of a deadly weapon by a prohibited person, and use of a deadly weapon to commit a felony.

The footage released Tuesday on the department’s Facebook page showed officers arriving on scene and commanding Saunders to exit a residence at 2514 E. 11th St., saying that they had received a warrant for Saunders’s arrest. Saunders did not exit the house despite repeated calls to do so.

While attempting to coax Saunders out of the house, officers safely removed an uninvolved person — whose face is blurred in the footage to protect their identity — from an upstairs residence at the address. Once the other individual was taken to safety, officers then began warning Saunders that they could not guarantee his safety if he did not exit the house.

After several minutes, a caption on the video notes that officers then received a warrant to enter the house, which coincides with officers in the footage moving closer toward the building. It is noted in the video that the department’s Crisis Negotiation Unit had contacted Saunders over the phone in an effort to convince him to exit the house, to which Saunders refused and subsequently stopped communicating.

Shortly after the department says it received the warrant, officers approached the southwest corner of the house and threw CS gas in a broken basement window, an action that is pointed out within the video. Once gas was thrown, the department alleges that Saunders crawled out of the window and pointed a gun at officers.

The video caption notes that officers backed away from the window and yelled “gun” several times to alert surrounding officers, after which the department says that two officers then fired on and killed Saunders. Three gunshots can be heard in the video and no further injuries were reported, per a department release not long after the shooting occurred.

Saunders fell back into the basement while his gun remained on the ground outside the basement window, the department notes in the footage shortly after shots were fired. An officer then commands Saunders to make himself be seen if he is able once before footage ends and a picture of Saunders’s suspected gun is seen.

Officers arrived at the scene at 12:24 p.m. and shot Saunders at 12:51 p.m., per a department event timeline shown near the beginning of the video.

Cheyenne police had announced several days before the shooting that they were looking for Saunders, who had been identified as a suspect in a domestic disturbance with a firearm that occurred May 24 at the Walmart on 580 Livingston Ave.

The department said in the Facebook post that went along with the video’s release that the ongoing investigation has been turned over to the Wyoming Division of Criminal Investigation, a third-party state agency, “to ensure a thorough, unbiased, and impartial investigation.”