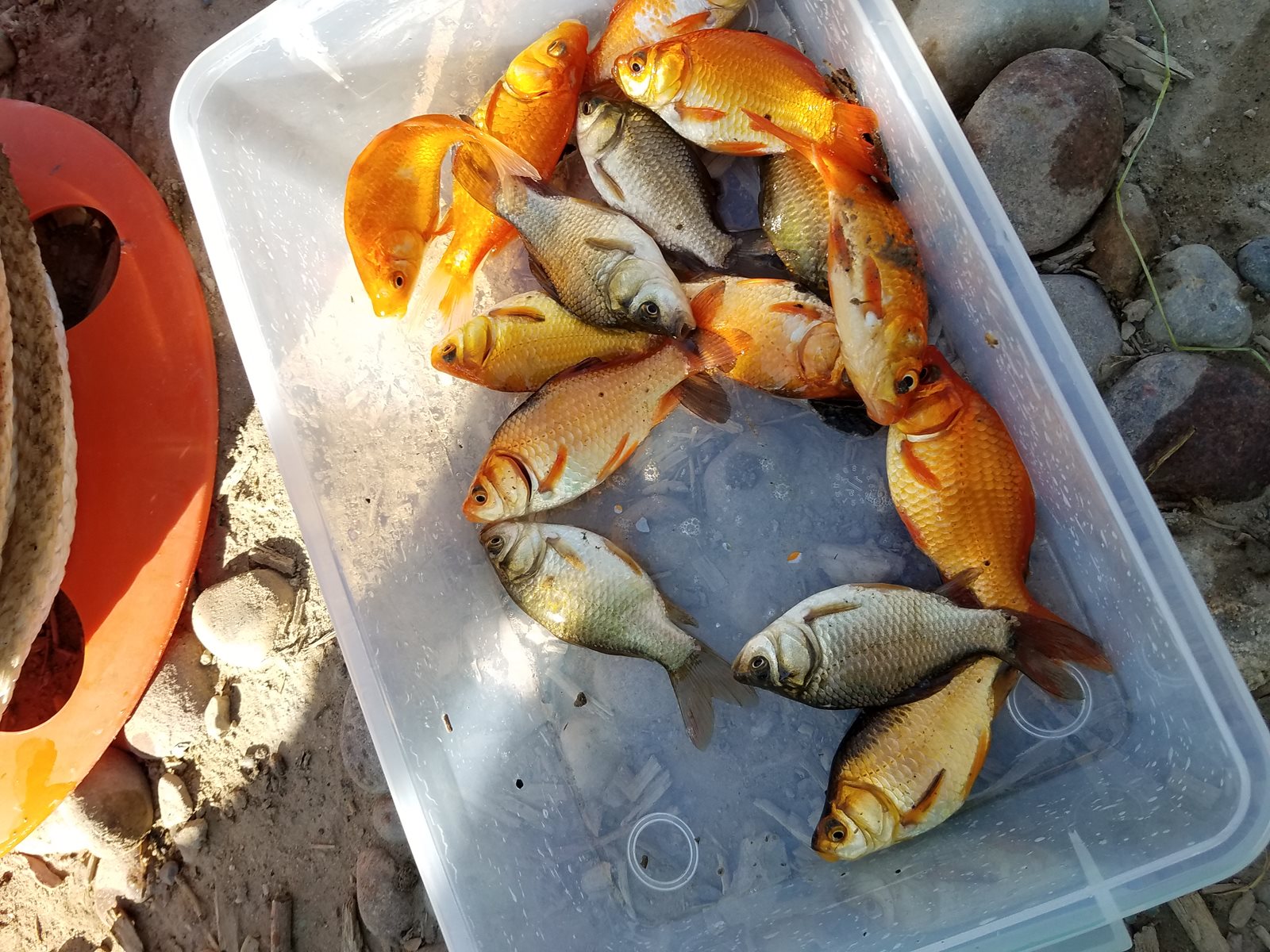 CASPER, Wyo. — The Wyoming Game and Fish Department will hold a meeting in Rock Springs this week to discuss plans to treat the pond at Bitter Creek Bark Park after goldfish were found illegally introduced into the pond in August 2021.

The meeting will take place at 6 p.m. Thursday, June 23 at the White Mountain Library, 2935 Sweetwater Drive in Rock Springs. In addition to discussing plans to treat the pond, Game and Fish will share information about how illegally introduced species can impact the ecosystem.

Goldfish were discovered at the Bitter Creek Bark Park pond and other ponds around Rock Springs after a person provided a tip in August 2021, according to Game and Fish.

Goldfish can grow quickly and can have significant impacts on local fisheries, the department said. Illegally introduced fish species not only compete with native species but can also spread disease that can infect species like trout.

Penalties for illegally introducing pets into the wild can include the possible loss of hunting and fishing privileges and fines of up to $10,000, according to Game and Fish.

“Game and Fish has a program called ‘Don’t Let It Loose’ that helps protect native species in Wyoming,” the department said. “To learn more about the program and what you can do with a pet that is no longer wanted, visit the website and download our brochure.”