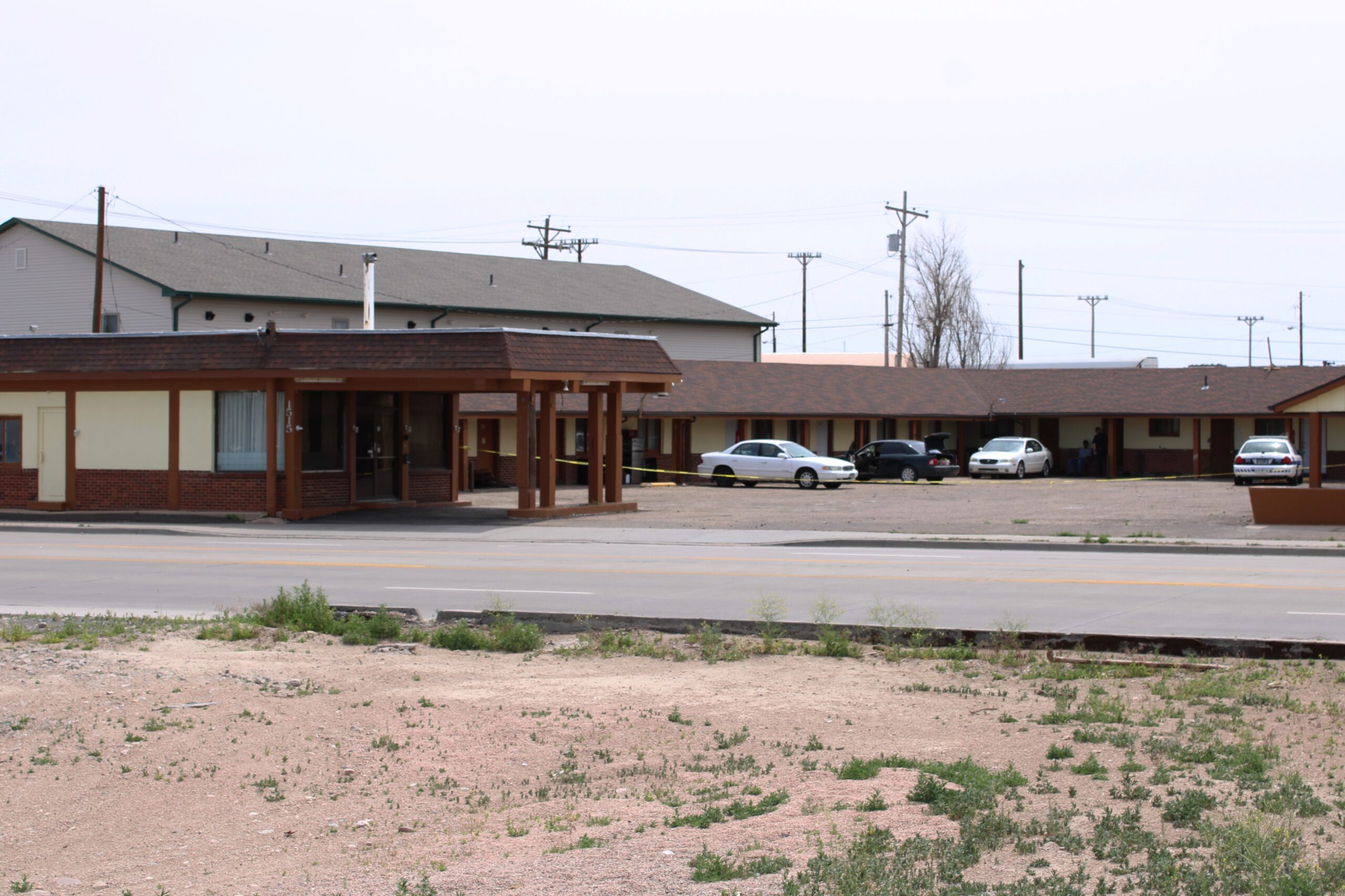 A Cheyenne Police Department presence Tuesday afternoon at the Stage Coach Motel on 1515 W. Lincolnway in Cheyenne. A 63-year-old man is alleged to have fired several shots at the location Wednesday morning. (Briar Napier/Cap City News)

CHEYENNE, Wyo. — The Cheyenne Police Department said in a news release Wednesday evening that it had made an arrest in connection with a report of shots fired that morning at the Stage Coach Motel.

Paul King, 63, of Cheyenne was alleged to have retrieved a firearm and fired “multiple shots” in response to an argument with another man Wednesday morning at the motel on 1515 W. Lincolnway, per the release. No injuries or fatalities were reported as a result of the incident and it is unknown if the suspect fired directly at the other person involved.

Officers were dispatched to the motel around 9:49 a.m. and located King in the parking lot eight minutes later, noting that he was apprehended without incident. The department additionally noted that King was taken to the Laramie County Jail and has felony charges pending.

Police vehicles remained at the scene into the afternoon, with the entrance to the motel taped off as officers investigated. The department’s detective bureau is continuing to investigate the case, the release said.