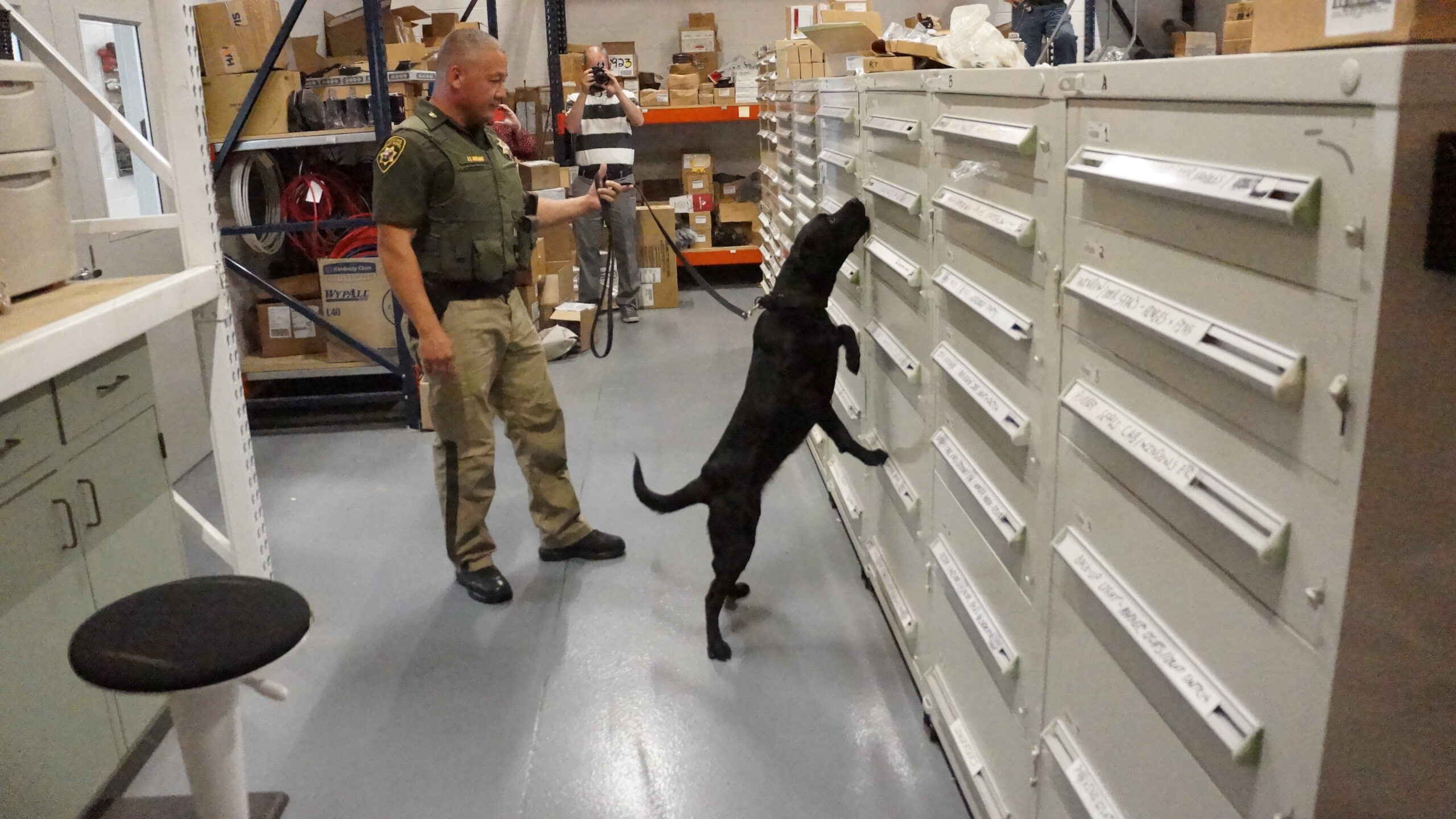 In a first for the agency, the Wyoming Highway Patrol trained a handler and narcotic sniffing dog to detect Fentanyl last week. (WHP)

CASPER, Wyo. — In a first for the agency, the Wyoming Highway Patrol said Tuesday it has trained a narcotics-sniffing dog to detect fentanyl.

The highway patrol partnered with MAKOR K-9 and Precision Explosives to conduct training for the handler and the dog last week.

“The K-9 was trained on the ‘trace odor’ of fentanyl and pure fentanyl,” the highway patrol said. “The training aid containing fentanyl is in a device that only releases vapor of the odor, and no particles can be released. There were no issues or safety concerns that arose during the training. The Highway Patrol is committed to the safety of the handler and K-9 through all aspects of training and searching for fentanyl.”

Fentanyl is a potentially deadly drug linked to an increase in fatal overdoses throughout the country, the highway patrol said. The training of the dog and handler was conducted to add a tool to help police against the illegal sale of the drug.