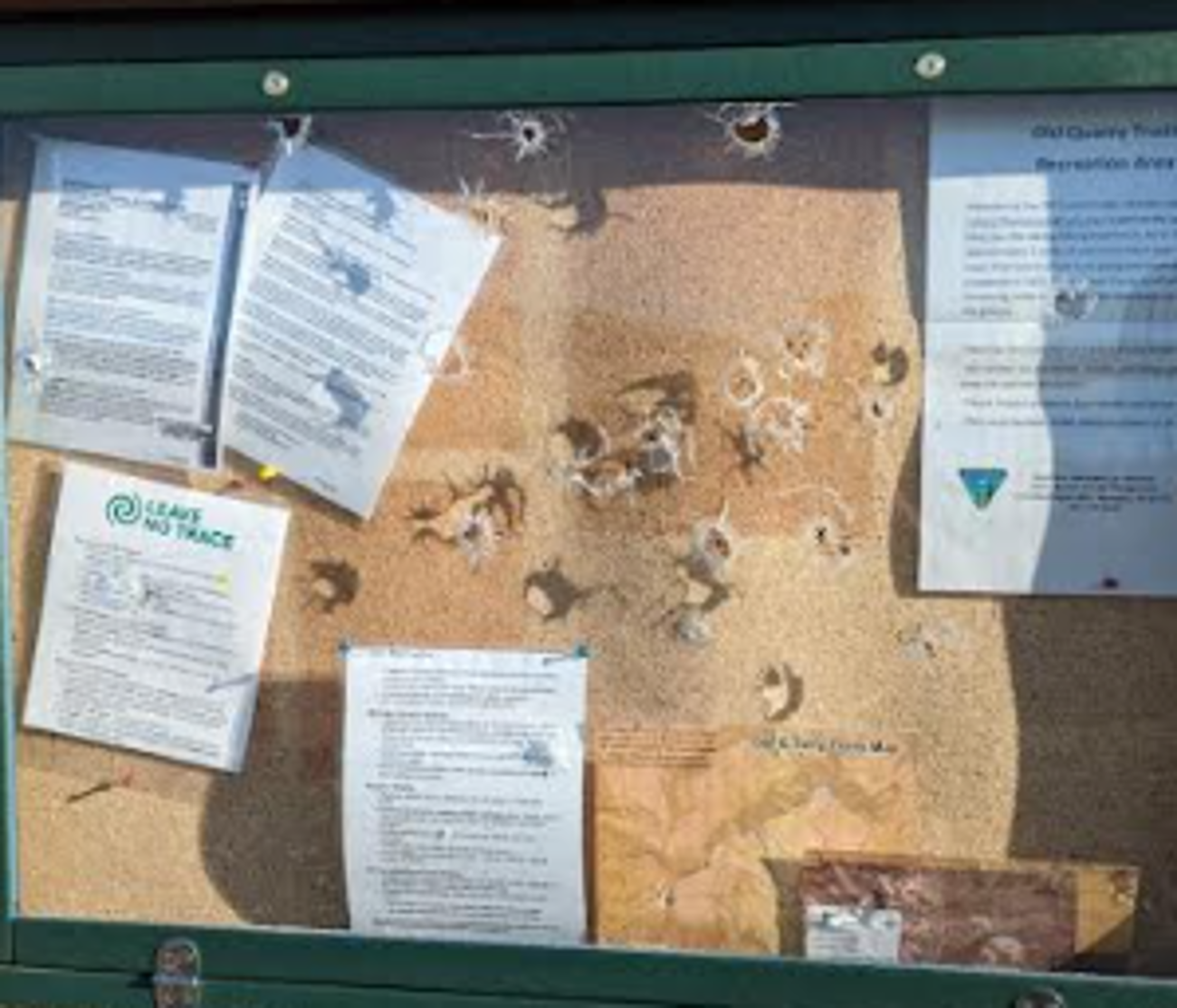 The kiosk at the Old Quarry Trails was found vandalized on July 9. (BLM Wyoming)

CASPER, Wyo. — On July 9, a kiosk at the Old Quarry Trails system was found to have been damaged with multiple bullet holes, according to the Bureau of Land Management Wyoming.

The BLM said Monday it is offering a $300 reward for information that leads to the identification and conviction of the individual or individuals responsible for the vandalism.

The kiosk was installed at the Old Quarry Trails system five miles east of Newcastle, Wyoming, in May 2022.

“Its installation, as well as the development of the Old Quarry Trail system, is a collaborative effort between the BLM, the Bent Sprockets Bike Club, private donors, and other volunteers to provide safe and accessible recreation opportunities for the community,” the BLM’s press release said. “This summer the BLM hosted crews from the Montana Conservation Corps to further develop the trails. Once completed, the trail system will feature roughly 5 miles of trails with the potential for more routes in the future.”

Anyone who has information on the vandalism is asked to contact the BLM’s Newcastle Field Office at 307-746-6600.