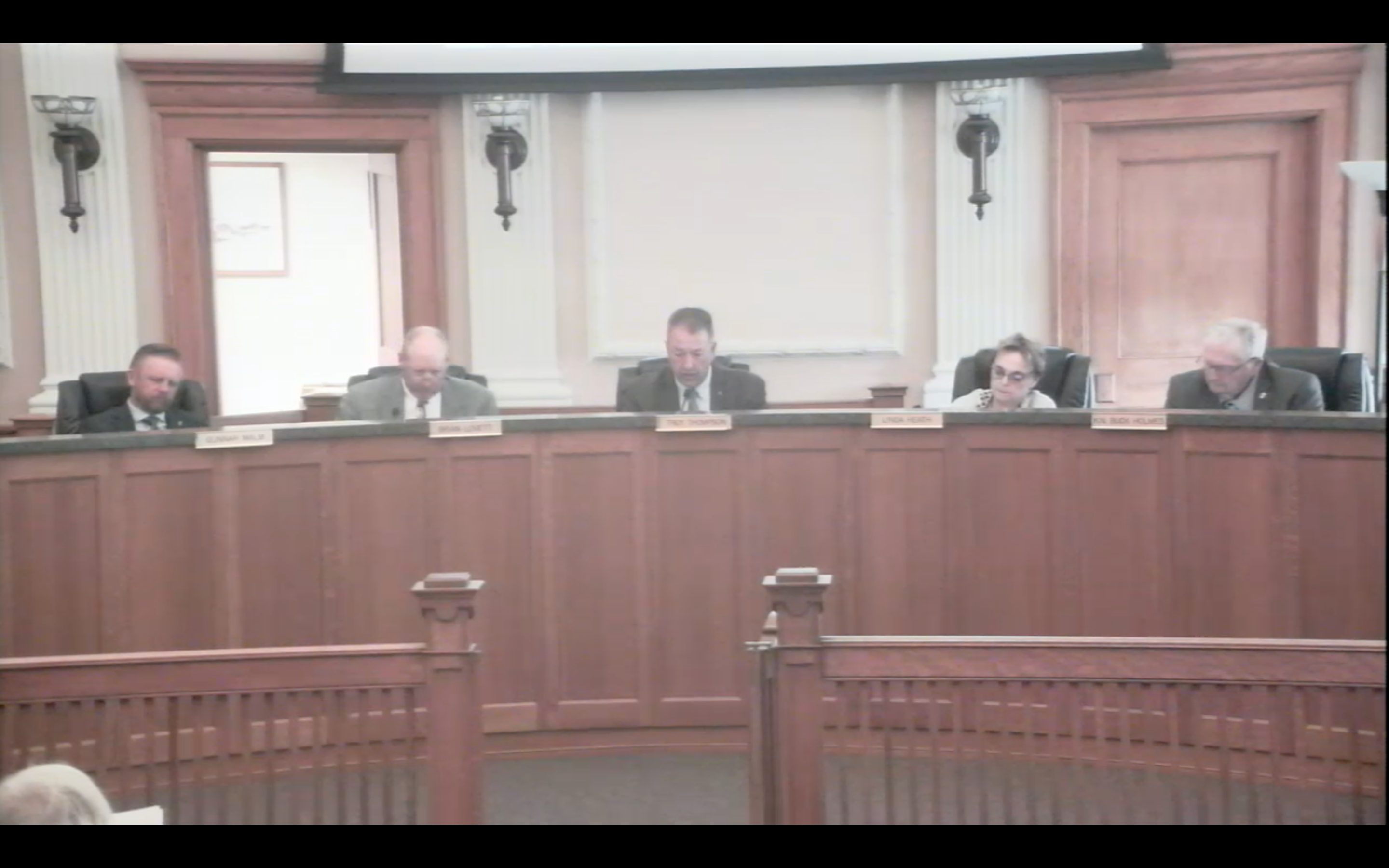 (Laramie County Board of Commissioners)

CHEYENNE, Wyo. — The Laramie County Board of Commissioners is considering a request made by a local woman to ask for assistance from the Wyoming Attorney General’s office in prosecuting county criminal cases.

The woman, listed as Lani Epler in the letter, identified herself as a victim and witness of domestic violence at the hands of a convicted felon in the county, Jamie Rene Cardona, and stated that she feels Laramie County District Attorney Leigh Anne Manlove “will not protect my safety” from potential violent incidents in the future.

The board opted during its meeting Tuesday to hold on making a formal request to the Attorney General until it had an opportunity to speak with Manlove directly, with Chairman Troy Thompson saying that “doing that behind her back would not be appropriate.”

“I think the idea of reaching out to the DA’s office, at least in the short term, is probably [best],” Commissioner Buck Holmes said during the meeting. “As much as I abhor these kinds of cases, I don’t think we should rush into it without at least having some conversation with the existing District Attorney.”

Manlove has long been subject to criticism since being elected to the role in late 2018, being formally accused by the Wyoming State Bar last year of showing “incompetence and lack of professionalism” in the position following accusations of dismissing hundreds of criminal cases and creating a hostile work environment.

Oral arguments were heard last month by the Wyoming Supreme Court in regards to potential consequences for Manlove following a recommendation from a disciplinary panel earlier this year that she be disbarred or lose her ability to practice law in the state.

Manlove, a Republican, is not running for a second term in this year’s election. Instead, local attorney Sylvia Miller Hackl, who beat out Thomas E. Callison in last month’s Republican primary, will enter the role later this year as she faces no Democratic challenger in the general election.

Cardona, 49, has a long criminal history in Wyoming dating back to 2005, when he was convicted on felony possession of child pornography and eventually released on parole. He is currently a registered sex offender in Laramie County, per the Laramie County Sheriff’s Office.

He has been charged multiple times of violent offenses and violations of no contact orders against Epler, with Reba Epler, Lani’s sister and a practicing attorney, stating to the board that she wasn’t just worried for her sister, but also other victims of violent crime in Laramie County having their cases handled by Manlove.

Cardona’s most recent sentencing was for charges of reckless endangering and unlawful contact, with Lani Epler identifying herself as the victim. Cardona, facing a possibility of up to a year and a half in jail, was instead sentenced Thursday to seven days in jail, to be served in two different stints within 90 days, and six months of unsupervised probation.

“My request is not just for Jamie Cardona, it’s because there are only two prosecutors working in the [District Attorney’s] office right now and, possibly when she feels like it, Leigh Anne Manlove,” Reba Epler said to the board. “So I really urge you guys, because you have the ability to do this, to request assistance from the Attorney General. … It’s not just Jamie Cardona that’s terrorizing my sister; there are so many crimes going on in Laramie County.”

The board additionally noted that there would be no guarantee if it made the request and the Attorney General supplied assistance to the District Attorney’s office that Manlove would even “accept it or welcome it to the office,” Commissioner Brian Lovett said.

However, he did additionally note that if there’s a “positive response” from the District Attorney’s office to the request for help, the board would reach out to the Attorney General and inquire about options.

Commissioner Gunnar Malm also asked Laramie County attorney Mark Voss to request clarification from the Attorney General’s office on what such a request would exactly mean for the county if it were to be granted, particularly in regards to cases similar to Cardona’s.

“I want to make sure,” Malm said. “I think we can run these tracks tandemly and I don’t want to waste time by going one [case] after another. So if it’s a friendly amendment, I’d make it.”

The Board of Commissioners’ next meeting is scheduled for 3:30 p.m. Sept. 20 at the Commissioners Board Room inside the Laramie County Governmental Complex at 310 W. 19th St. in Cheyenne.