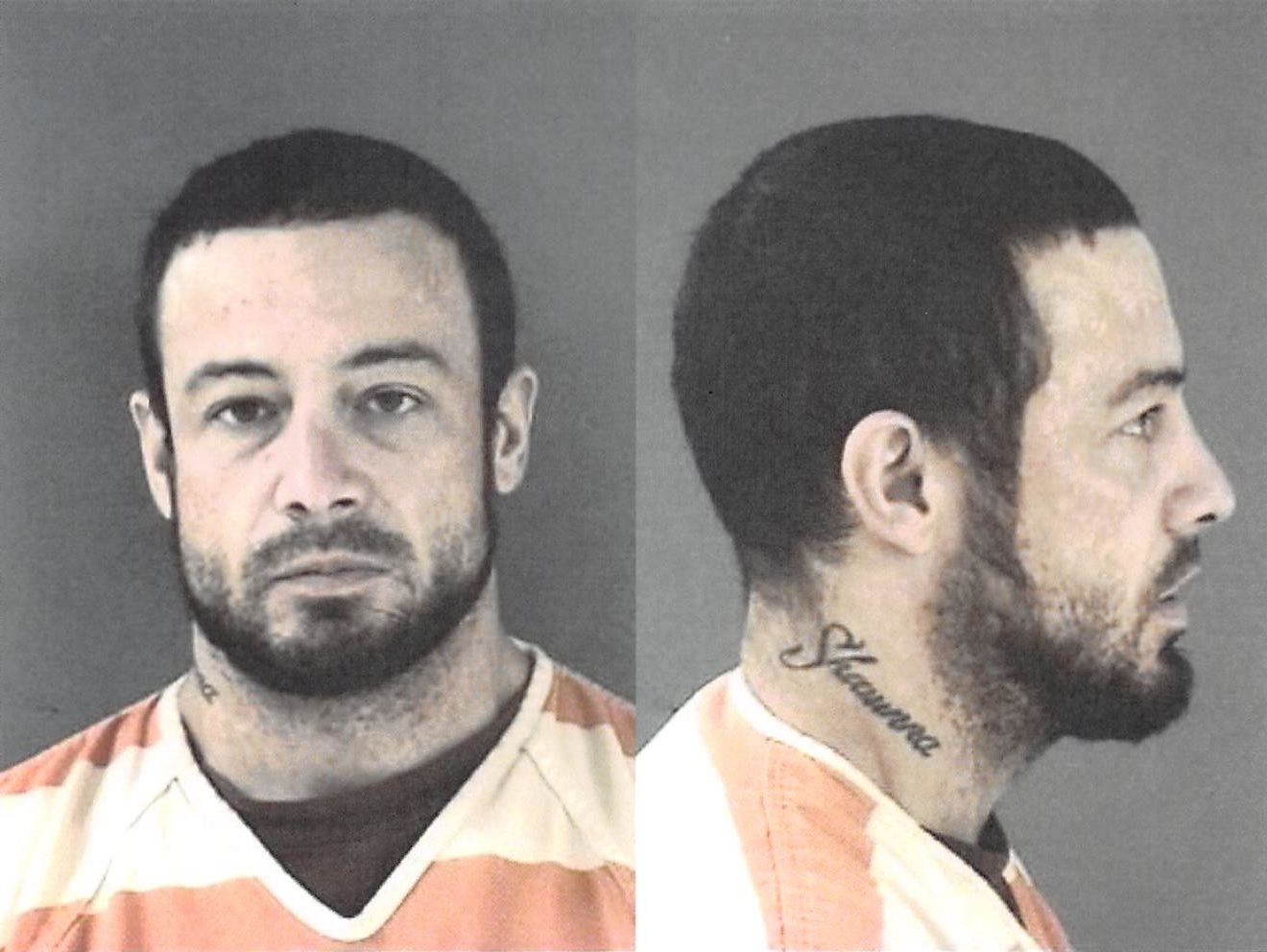 CHEYENNE, Wyo. — A Cheyenne man was arrested and charged with felony auto theft, aggravated eluding, and interference with a peace officer in a pair of cases on Monday.

Anthony Joseph Gello, 37, is accused of fleeing in a stolen vehicle as deputies investigated the theft of a catalytic converter on Nov. 10.

Gello is also charged in a Sept. 28 incident in which Cheyenne police say they contacted him parked in a handicapped spot at Target with no placard. Police say Gello refused commands to turn off the vehicle, turned sharply while backing up, and ran over the CPD sergeant’s foot before fleeing the lot. The bumper also caused a minor soft tissue injury to the officer’s calf, according to the affidavit.

Gello is presumed innocent in these matters until proven or pleading guilty.

On Nov. 10, a deputy was called to Cheyenne Auto and Metal for a stolen catalytic converter. The owner identified Gello as the suspect, saying he frequented the shop and had attempted to steal from them in the past, according to the affidavit. The owner also said that Gello had previously tried to sell him parts, but had refused the sales as he was not sure if the parts were stolen.

During this time, a second deputy initiated a traffic stop of a vehicle matching the description of the vehicle in the security footage. Gello was driving the vehicle and gave the deputy a false name, the affidavit said.

When more deputies arrived on the scene, Gello rolled up his window, refused to obey orders to exit the vehicle, and sped off down East College Drive. One deputy smashed the back passenger window with his baton to try to have the vehicle stop. Deputies say Gello sped through residential areas at 55 mph, and the pursuit was terminated when Gello approached a school zone.

Shortly after this, deputies were informed about a black vehicle matching the description of Gello’s parked at South Greeley Highway. The vehicle had a smashed back window. Upon searching the vehicle, several automotive parts were found, but not the catalytic converter.

Upon running the VIN of the vehicle, it was found that the vehicle was stolen and that it was valued at $5,000, and Gello was listed as the suspect in the theft of the vehicle as well.

It is unclear form available documents how Gello was ultimately arrested. He was charged Monday with grand theft, petty theft of motor vehicle parts, aggravated eluding with prior conviction, interference, and possession of meth: amphetamine-type. His preliminary hearing is set for Nov. 30 and his bond was set at a total of $6,100.