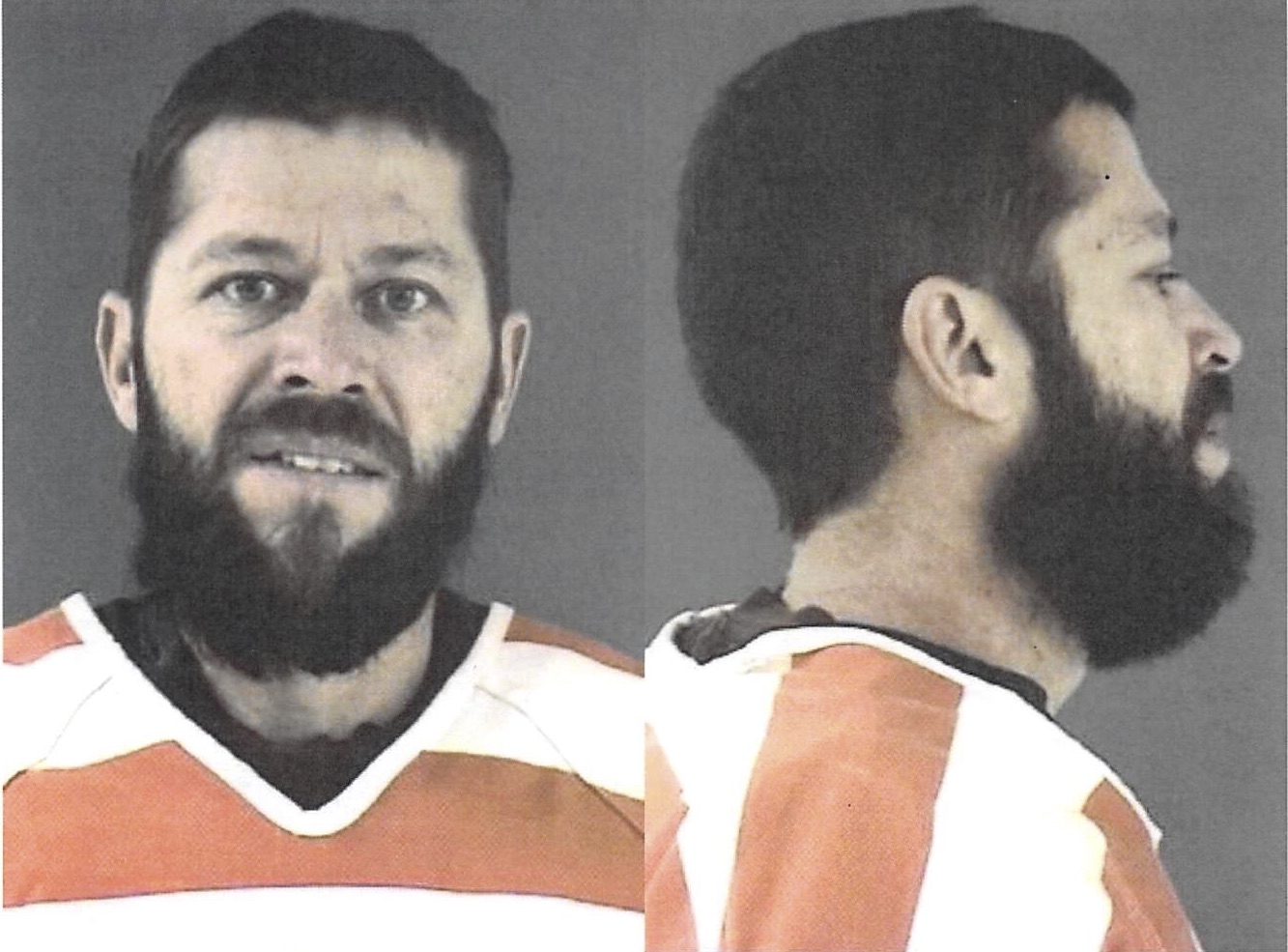 CHEYENNE, Wyo. — The Laramie County Sheriff’s Office says a man punched a liquor store clerk, crashed into an occupied vehicle, and fled from deputies in a work van before being arrested on foot Friday afternoon in south Cheyenne.

Kirkendall is presumed innocent in these matters until pleading or proven guilty.

Kirkendall’s boss told deputies that Kirkendall was supposed to use a white work van to complete a two- to three-hour tile job early Friday morning Nov. 18, according to the affidavit.

Just after 1 p.m., deputies were called to a robbery in progress at the Town and Country Liquor Store on South Greeley Highway.

A clerk later told deputies that Kirkendall threatened him and other staff members, drove erratically in a circle in the parking lot, and threatened to “return to the store and burn the whole place down,” the affidavit said.

While in the van, Kirkendall continued to threaten staff and allegedly punched the clerk in the face with a closed fist when the clerk approached. The clerk said Kirkendall had stolen a bottle of Jose Cuervo Gold and a Mountain Dew.

Deputies were advised while en route to the scene that the suspect had left. They observed the suspect van run a stop sign at Walterscheid Boulevard and Fox Farm Road and attempted to stop it, but the vehicle fled at speeds of up to 70 mph, running a red light, the affidavit said.

Due to traffic conditions and only misdemeanors yet at hand, deputies did not pursue. They were then advised that the suspect vehicle had been involved in a hit-and-run before deputies first spotted it. According to the affidavit, the van rear-ended a Ford F-150. Both the driver and his minor son were treated for back pain and soreness at Cheyenne Regional Medical Center.

Deputies then spotted the van headed west on East Fox Farm Road. The chase wound through the area before the van drove through the retractable gate at the Fox Farm Storage facility, bending the gate and rendering it inoperable, the affidavit said. The repair estimate is $5,000.

Deputies say Kirkendall exited the van at the edge of the storage facility near the Monalto Apartment Complex. They say he hopped a fence, jumped off a retaining wall, and then jumped another fence and ran onto South Jefferson Road.

Deputy George Martinez stated in the affidavit that he was yelling for Kirkendall to stop as he pursued. He said Kirkendall also threw objects onto the roof of a garage before he was finally stopped and arrested.

The deputy said he could smell alcohol on Kirkendall’s breath, and a glass pipe with white residue was found in his pocket, the affidavit said.

The deputy said Kirkendall was “foaming at the mouth” while stating he would “fight or kill us all.”

Deputies say the bottle of Jose Cuervo was found unopened in the work van. The damage to the van is estimated at $9,000.

Damage to a woman’s red wooden fence on Fox Farm Road — valued at less than $1,000 — is also being attributed to Kirkendall, as red paint was found on the work van, the affidavit stated.