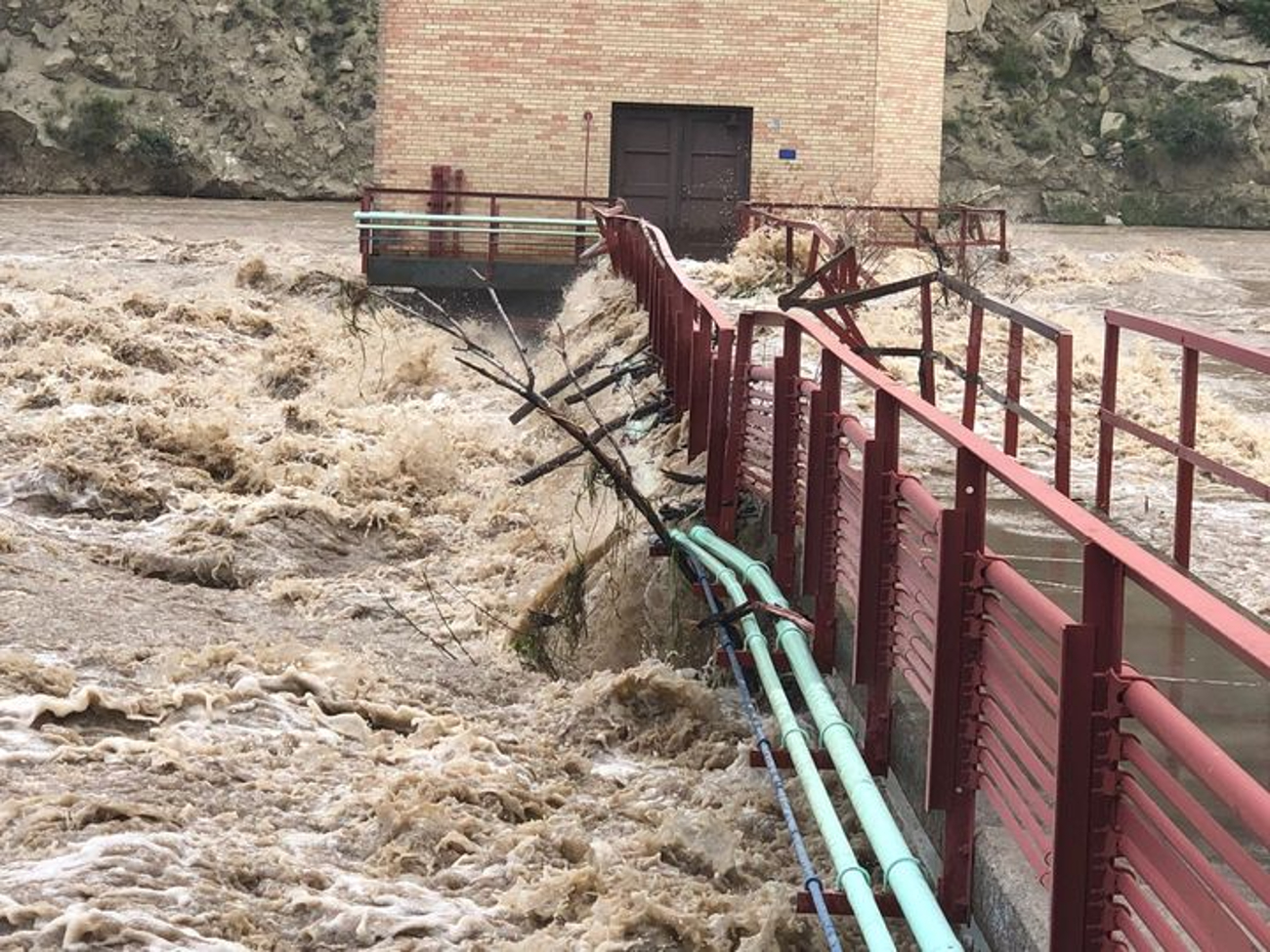 Flooding on the Yellowstone River forced the City of Billings to shut down its water plant Wednesday. (Billings City Government, Facebook)

CASPER, Wyo. — A “500-year flooding event” has forced the City of Billings, Montana, to shut down its water plant, the city announced Wednesday morning.

Water levels were over 16 feet at around 8:30 a.m. Wednesday. The City of Billings said the river needs to be at 15 feet or below for its plant to operate effectively and is asking residents to conserve water while the plant is shut down.

“The water system has between a day to a day-and-a-half of water supply for Billings,” the announcement said. “The duration of the issue is unpredictable, but hydrographs from the National Weather Service show water levels dropping two feet after it reaches its crest. The latest prediction shows the Yellowstone River cresting on Wednesday.”

“Even after the river dips below 15 feet, the plant still has the task of cleaning filters to properly operate. While the plant is shut down, residents might notice water pressure decreasing until the plant can turn back on.”

The river was cresting 16.2 feet as of 5 a.m. Wednesday, with flood stage for the Billings area measured at 13.5 feet. The previous high crest for the area was 15 feet on June 12, 1997, according to the National Weather Service in Billings.

The flood wave on the Yellowstone River around Billings is expected to continue downstream, impacting Rosebud and Treasure County in Montana over the next 24–36 hours.

“Areas that have protective structures along this stretch such as the town of Forsyth may not flood, but many other areas will,” the NWS in Billings said. “If you live on or near the river, be prepared for flooding that has not been seen in your lifetime as the river exceeds 1997 and 2011 levels.”

Fremont County, Idaho, could continue to see some flooding until around 2 p.m. Wednesday, according to the NWS in Pocatello.

In Wyoming, some highways continue to face closures due to flooding in Park County and around Yellowstone National Park, according to the Wyoming Department of Transportation. Some sections of roads in the northern part of Yellowstone are likely to remain closed for the season due to damage from flooding, the National Park Service said Tuesday. All Yellowstone entrances remain closed as of Wednesday morning.