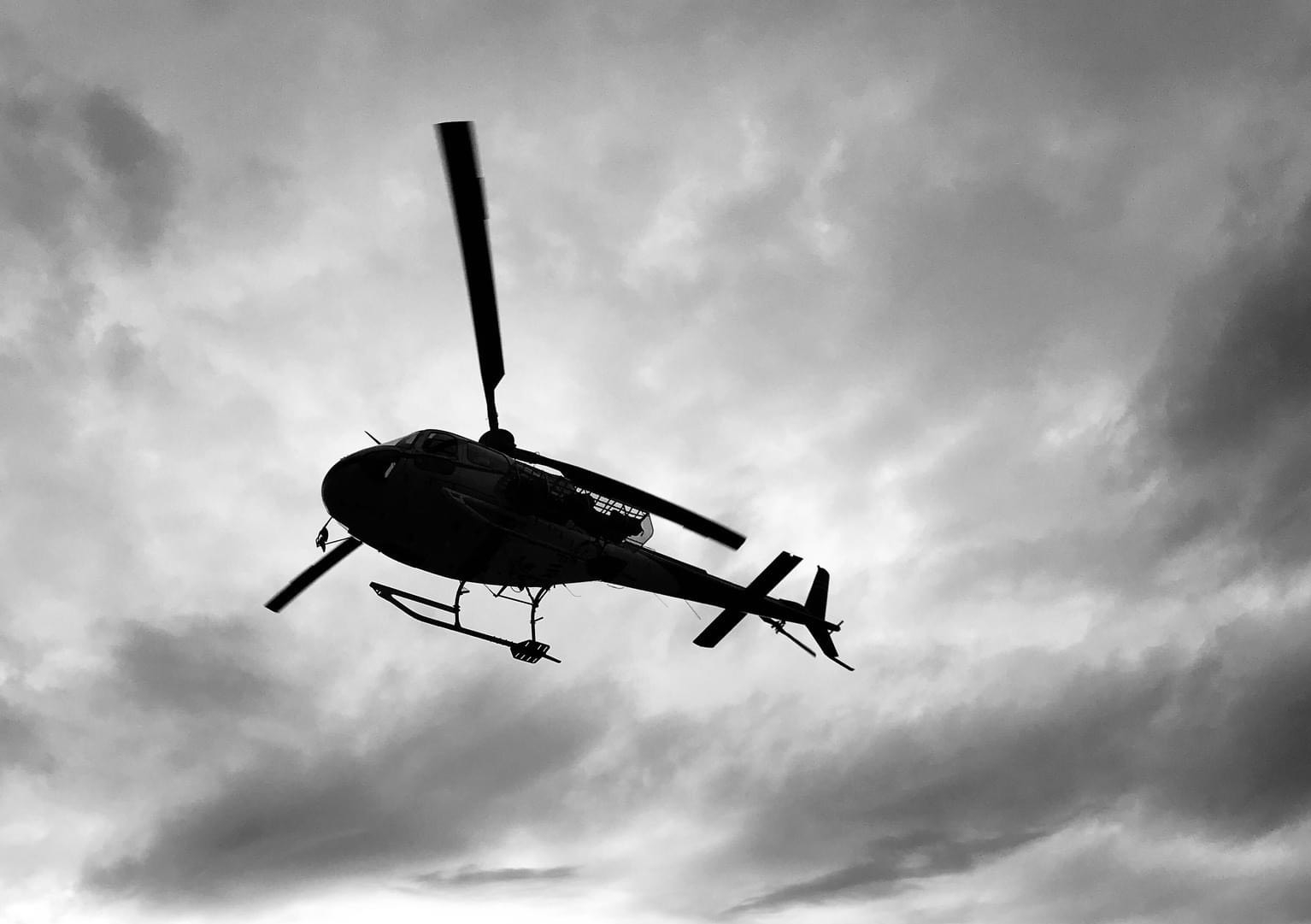 A Teton Helitack helicopter flew search and rescue team members to the site of the lightning strike on Tuesday. (Teton County Search and Rescue, Facebook)

CASPER, Wyo. — A 22-year-old male died after lightning struck a group of backpackers camped at Enos Lake in the Teton Wilderness on Tuesday, Aug. 2, according to Teton County Search & Rescue.

A second adult sustained major injuries when a lightning bolt hit the backpackers at their camp.

The lightning strike fatality was the first in Wyoming in 2022 and the ninth in the U.S., TCSAR said, citing the National Lightning Safety Council.

The man who died and the person who sustained major injuries were part of a group of 14 adults on an organized wilderness trip, according to TCSAR’s press release Wednesday.

TCSAR was notified of the lightning strike incident at 6:25 p.m. Tuesday and mobilized a response. An interagency helicopter from Teton Helitack was requested and flew three volunteers to the site on Tuesday evening.

CPR efforts attempting to revive the 22-year-old had been in progress for over an hour by the time the search and rescue team arrived. The team took over, but was unable to revive the patient.

The injured adult was flown out with a member of the search and rescue team, transferred to an ambulance in Moran and taken to St. John’s Health. The patient was then flown to Eastern Idaho Medical Center, according to TCSAR’s release.

The Teton Helitack helicopter returned to the camp for a second flight to transport the body of the deceased to the Jackson Hole Airport, where he was met by the Teton County Coroner.

“Out of respect for the family, TCSAR is not releasing the name or residence of the deceased,” the release added.

The helicopter was unable to return a third time to the camp due to the weather and nightfall. The two search and rescue team members still at the site stayed overnight to manage the scene and provide support to other members of the party.

“In the morning, the TCSAR volunteers on scene communicated to Incident Command that two additional members of the party would need an air evac from the backcountry,” TCSAR said. “Enos Lake is a 12-mile hike from the Pacific Creek Trailhead. There was concern that the two individuals would not be able to make it due to acute emotional reaction and medical concerns exacerbated by the long hike out.

Teton County Search & Rescue extended condolences to the deceased man’s family and friends and all the people involved in the incident.

“The team also appreciates the partnership with Teton Helitack and support from Grand Teton National Park that facilitated the use of the interagency helicopter,” the release said.