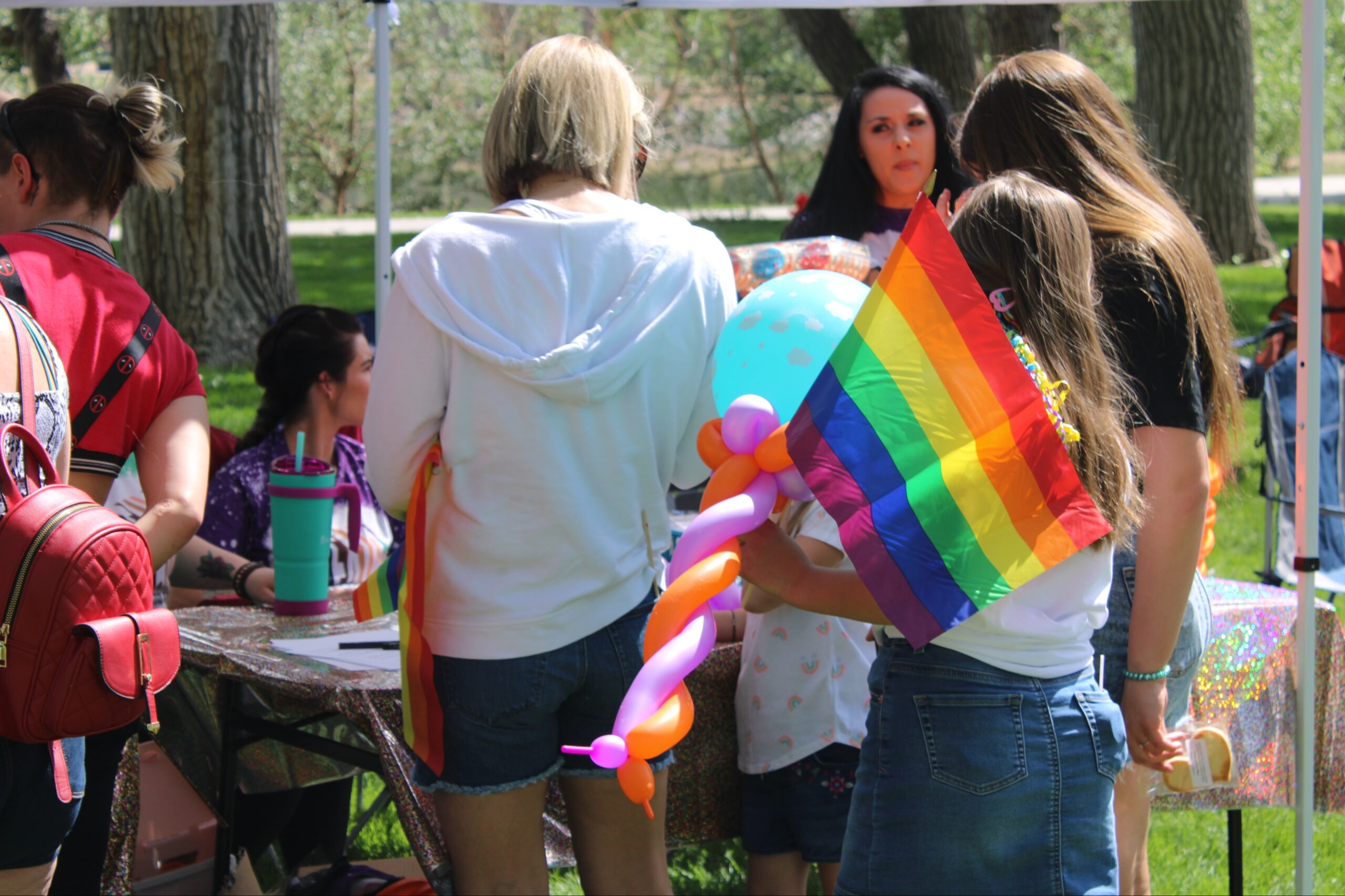 A Pride in the Park attendee holds a rainbow flag during the event Saturday at Holliday Park in Cheyenne. (Briar Napier/Cap City News)

CHEYENNE, Wyo. — The local LGBTQ community had a celebration in the sun Saturday afternoon.

The 2022 edition of Pride in the Park, an annual event hosted by Wyoming Equality — a nonprofit group that promotes and advocates for LGBTQ-related causes across the state — was held this weekend at Cheyenne’s Holliday Park, giving area LGBTQ persons and their supporters a few hours to socialize and show pride in their identities.

With the host group in its 35th year of existence as of 2022, some peace of mind was given to Cheyenne’s LGBTQ community earlier this year when Mayor Patrick Collins signed off on an ordinance that banned malicious harassment in the city based on a variety of identities, including sexual orientation and gender expression.

Group executive director Sara Burlingame, a former Democrat in the state House of Representatives who represented District 44, welcomed the law change as a way for marginalized communities to be safe in their own city. There’s a ways to go in the Equality State, she said, but Saturday was a day worthy of joy and satisfaction at what had been accomplished.

“Man, we’ve come a really long way,” Burlingame said. “I think the most important thing this year was the mayor and city council passed almost unanimously that biased crimes [ordinance]. I think this Pride we’ve got a lot to celebrate.”

Below is a Cap City News photo gallery of the event: