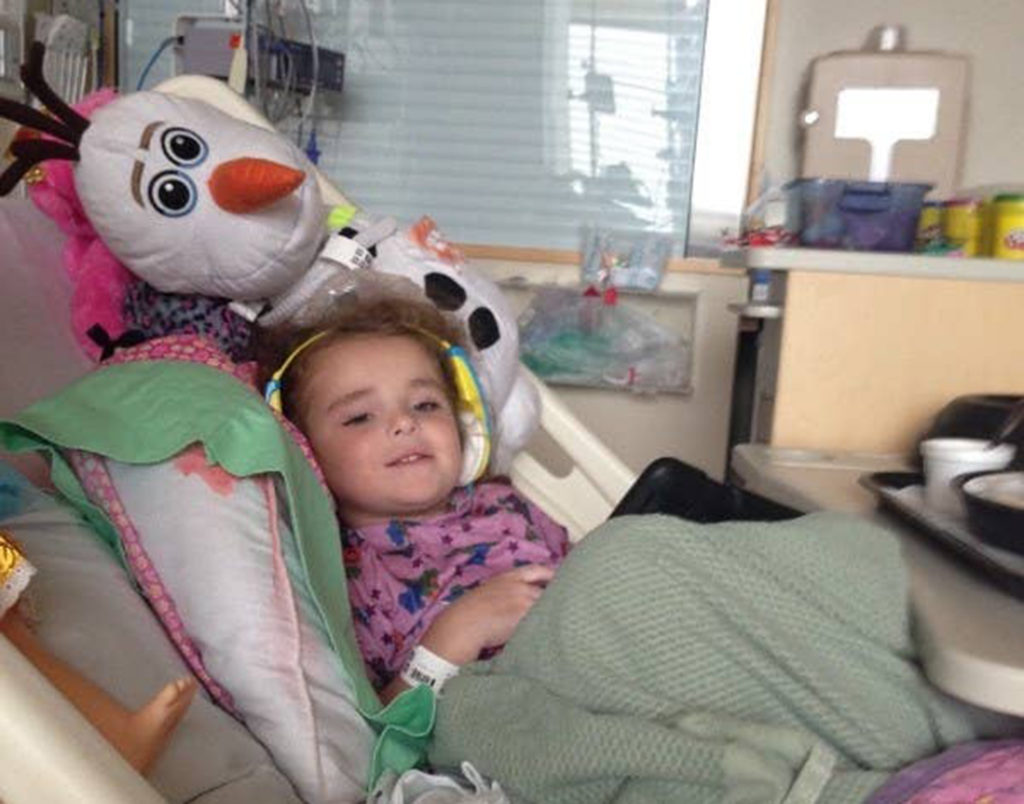 Olivia Grant is seen in a hospital bed in an undated photo that was posted on a now-deleted GoFundMe account. Grant's mother, Kelly Turner, is accused of murdering her daughter after faking a cancer illness and swindling thousands of dollars from charity organizations and individuals. (GoFundMe)

A Colorado woman who faked her daughter’s illness for media and charitable attention has taken a plea deal with local prosecutors after being charged in the girl’s death.

Vikki Migoya, spokesperson for the 18th Judicial District’s district attorney’s office, said other counts, including murder, were dismissed under the agreement.

According to NBC News, Turner was indicted by a grand jury of causing the 2017 death of her daughter, Olivia Grant, age 7. Turner was arrested in 2019 after an investigation.

Turner had claimed that her daughter suffered from multiple illnesses, including a seizure disorder and buildup of fluid in her brain.

According to TV station KUSA in Denver, Olivia Grant’s ordeal was originally covered extensively in local media as her “bucket list” of final wishes made for heart-touching stories on TV and print. At the time it was believed she would ultimately succumb to multiple diseases, said KUSA.

About a year later, the Douglas County sheriff’s investigation eventually concluded that Turner defrauded the Medicaid system for more than $538,000, scammed multiple charitable foundations, including Make-A-Wish, and tricked hundreds of people into donating money via online fundraising.

“Although the indictment did not make clear the specific cause of Olivia’s death, it noted that Turner withdrew medical care and nourishment in the girl’s final weeks,” said KUSA.