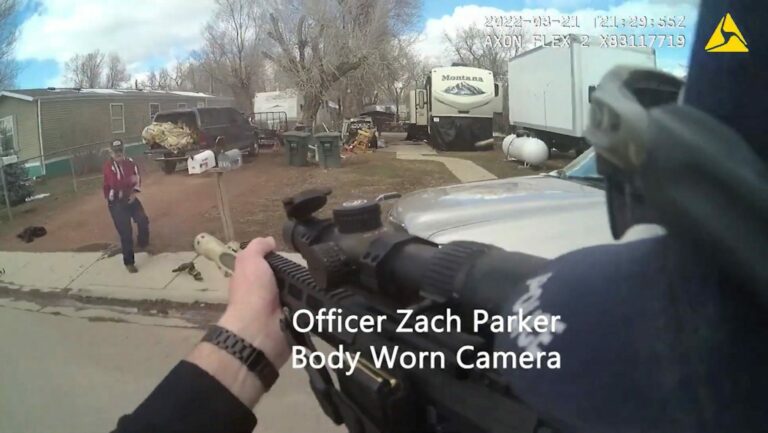 Investigation finds their actions were ‘appropriate’ to repel threat of serious injury or death.

GILLETTE, Wyo. — The actions of two Gillette police officers who shot and killed a man wielding a handgun earlier this year were justified, the Gillette Police Department announced Wednesday.

Daren Henle was shot by Gillette Police Officers Zach Parker and Cody Geeting, who responded to a report of a man shooting a handgun on Brooks Avenue on March 21, 2022, at 3:24 p.m., according to a June 8 GPD statement.

The officers ordered Henle to drop the weapon while Geeting attempted to subdue the suspect with a Taser. Both efforts were unsuccessful, and both officers discharged their duty rifles when Henle reportedly pointed the handgun at them, per the release.

Henle was taken to the hospital, where he succumbed to his injuries, the release states, adding that the case was turned over to the Wyoming Division of Criminal Investigation, which is tasked with investigating all officer-involved shootings in Wyoming.

The DCI investigation found that Henle was under the influence of methamphetamine at the time of the incident and that several of Henle’s gunshots struck a vehicle and a residence on East Lincoln Street, per the release.

A review of the case by the Campbell County Attorney’s Office points out multiple notable facts in the case, including that Henle was discharging a firearm in a residential neighborhood while under the influence of an intoxicant and that he refused multiple orders to surrender the firearm.

“The use of deadly force in this case was appropriate, both in kind and amount, and was necessary to repel the actual threat of serious bodily injury or death posed by Mr. Henle discharging a brandished firearm,” the review states, adding that the actions of both officers were deemed justified.

The body camera footage of the incident can be viewed here.