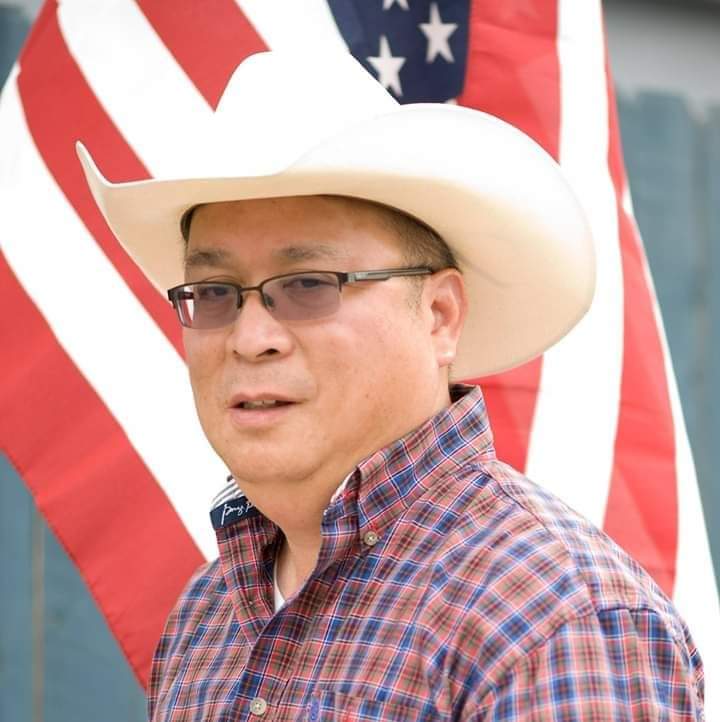 (Photo from the JC Manalo Campaign)

CHEYENNE, Wyo. — Cap City News has sent out a questionnaire to those running in the primary election in August. The following are the answers from JC Manalo, who is running for Senate District 7. Answers are edited only for clarity and style.

I am JC Manalo and I am originally from Las Vegas. I moved to Cheyenne in 2017 and have been married for 15 years. Between my wife and I, we have 10 children and 21 grandchildren. I am currently the District Manager for our local paper, the Wyoming Tribune Eagle. I am an animal lover and have had pets all my life.

I have decided to run for this office to ensure conservative policies are put in place in my district. I want legislation that will benefit consumers in my district, like, for example, choice of gas which enables the customer to choose their power company, therefore lowering the cost of their power bills to the minimum. I also want legislation that would provide more tax cuts to businesses that provide employment locally.

I plan to attain these goals by presenting to my constituents and my peers in the senate the benefits it will have in our community.

My experience in running dozens of stores where I had as many as 50 team members to manage. I have been managing people almost my whole life, helping them succeed in their goals. I was also the vice president for manufacturing equipment, making decisions that had positive impacts on the company I was working for.

Yes, I would be the best candidate with regards to the steward of tax dollars. I am frugal with financial matters and would always want the best deal for my money.

Transparency is important for me. Public businesses should always be open for my constituents’ scrutiny. I will encourage the citizenry to attend and witness dealings that would have an effect on their everyday lives.

It hasn’t been as open as I would prefer it to be. I will invite the citizenry to witness and participate in public businesses.

It depends if it needed further research. If it can be answered and there would be no need for further research then I would prefer it be settled in the meeting itself rather than afterward.

I would plan to have a more conservative policy than the incumbent.

As a conservative, I would favor marijuana legalization only for medicinal purposes and not for recreational. I would not favor totally decriminalizing it, but removing the ridiculous sentencing one gets by engaging in it.

I would prefer community policing as it puts police work to the specific needs of a community.