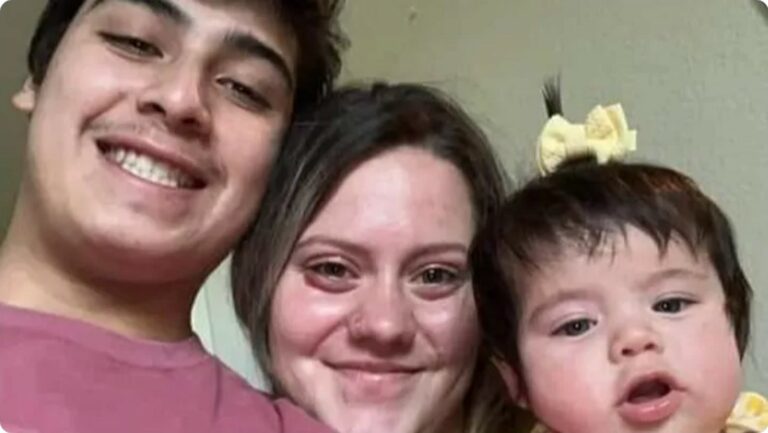 GILLETTE, Wyo. — A GoFundMe has been set up to benefit the family of five Gillette residents who died in a multi-car collision in Colorado on Monday afternoon.

Gillette residents Aaron Godines and Haile Everts, both 20, and their 3-month-old daughter, Tessleigh, were among those killed when the vehicle they were traveling in, a 2015 Ford Edge, was struck from behind by a 1999 Kenworth on Interstate 25 on June 13, a friend of the family confirmed on Tuesday.

The Ford Edge was one of three vehicles that were slowed for traffic in the left lane of northbound I-25 when the semi-tractor trailer collided with it, pushing the vehicle off the left side of the roadway, where it was struck a second time by the semi before it came to a rest in the median.

There were two other adults in the Ford Edge, a 51-year-old male and a 47-year-old female, both of which were also declared deceased at the scene, according to the Colorado State Patrol.

According to the most recent CSP update, identifying information for any of the victims has not been released pending a next-of-kin notification.

The driver of the Kenworth, a 26-year-old male, was not injured, CSP states. CSP does not believe drugs, alcohol, or speed were contributing factors in the crash, though the investigation is ongoing.

“As most may know by now, Steve and Dez Everts lost their daughter Halie, son-in-law Aaron, and their beautiful brand-new baby granddaughter Tessleigh Raey,” the GoFundMe page states. “In this time, so they can [grieve] their loved ones, [we] would be grateful for anyone who can donate. They did not have life insurance. They were just starting their beautiful family, but God had other plans.”