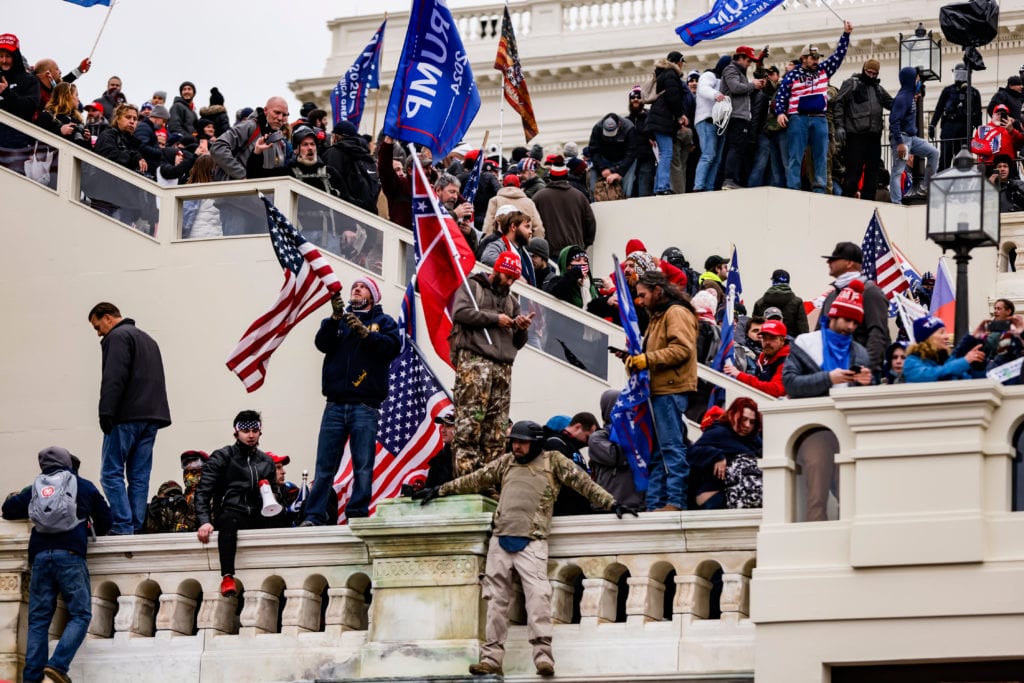 Trump supporters at the U.S. Capitol on Wednesday, Jan. 6.(Shutterstock)

WASHINGTON, D.C. — The 1/6 Committee is set to hear from Greg Jacob, the vice president’s counsel, who fended off conservative law professor John Eastman’s obscure ideas for Vice President Mike Pence to reject the electoral count — powers Pence didn’t have — and for retired federal judge Michael Luttig, who called the plan from Eastman, his former law clerk, “incorrect at every turn.”

Thursday’s session is also expected to divulge new evidence about the danger Pence faced that day as the mob stormed the Capitol, shouting “Hang Mike Pence!” with a gallows on the Capitol grounds, as the vice president fled with senators into hiding. Nine people died in the riot and its aftermath.

The session is expected to show how former President Donald Trump’s pressure on Pence “directly contributed” to the attack on the Capitol, according to a committee aide who insisted on anonymity to discuss the upcoming hearing.