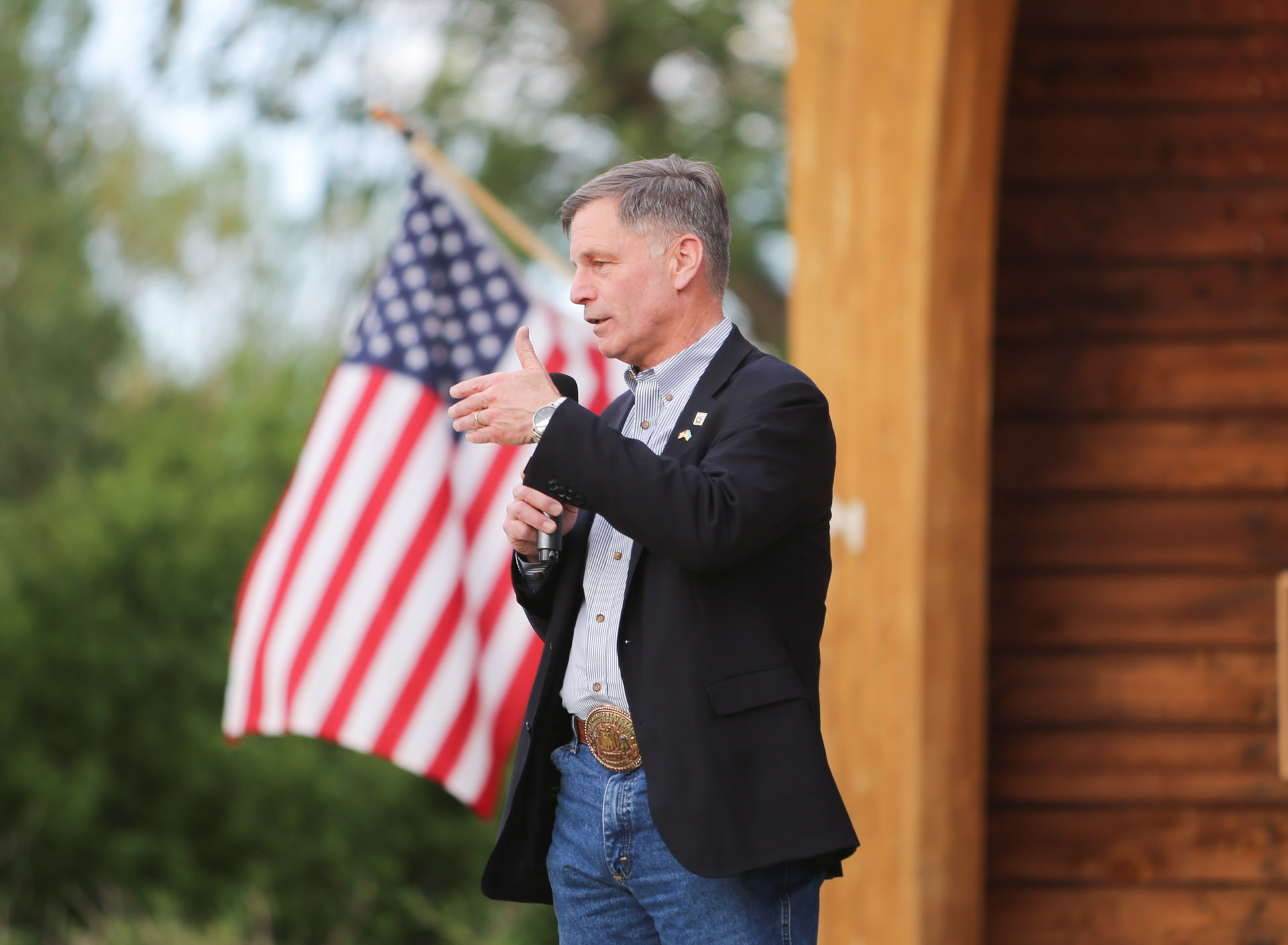 Governor Mark Gordon outlines his future goals at the Republican Politics in the Park event at the Lion’s Park Amphitheater in Cheyenne on Thursday. (Lisa Hushbeck/Cap City News)

In a release from the Governor’s Office, Thomson is now part of Gordon’s Administration’s Natural Resources policy team. The position is intended to keep Wyoming at the forefront of the energy frontier.

“I’m delighted to bring Jenn’s extensive experience and breadth of knowledge on natural resource issues, as well as her deep ties to Wyoming’s communities to our office,” Governor Gordon said in the release. “Her familiarity coordinating with federal, state, and Canadian agencies, as well as representatives from the private sector, make her ideally suited to serve as the Major Project Development Manager.”

Thomson’s position focuses on rejuvenating a modernized nuclear industry in Wyoming, but her responsibilities will extend to coordinating other significant energy and natural resources projects.

Thomson grew up in Cheyenne and earned her J.D. from the University of Wyoming. She began her career working for Senator Mike Enzi in Washington DC, before moving to the US Department of the Interior.

Thomson said in the release, “I am grateful to Governor Gordon for giving me this incredible opportunity. I look forward to working with State agencies, lawmakers, companies, and other stakeholders to further Wyoming’s economic and energy future. We have a bright future.”