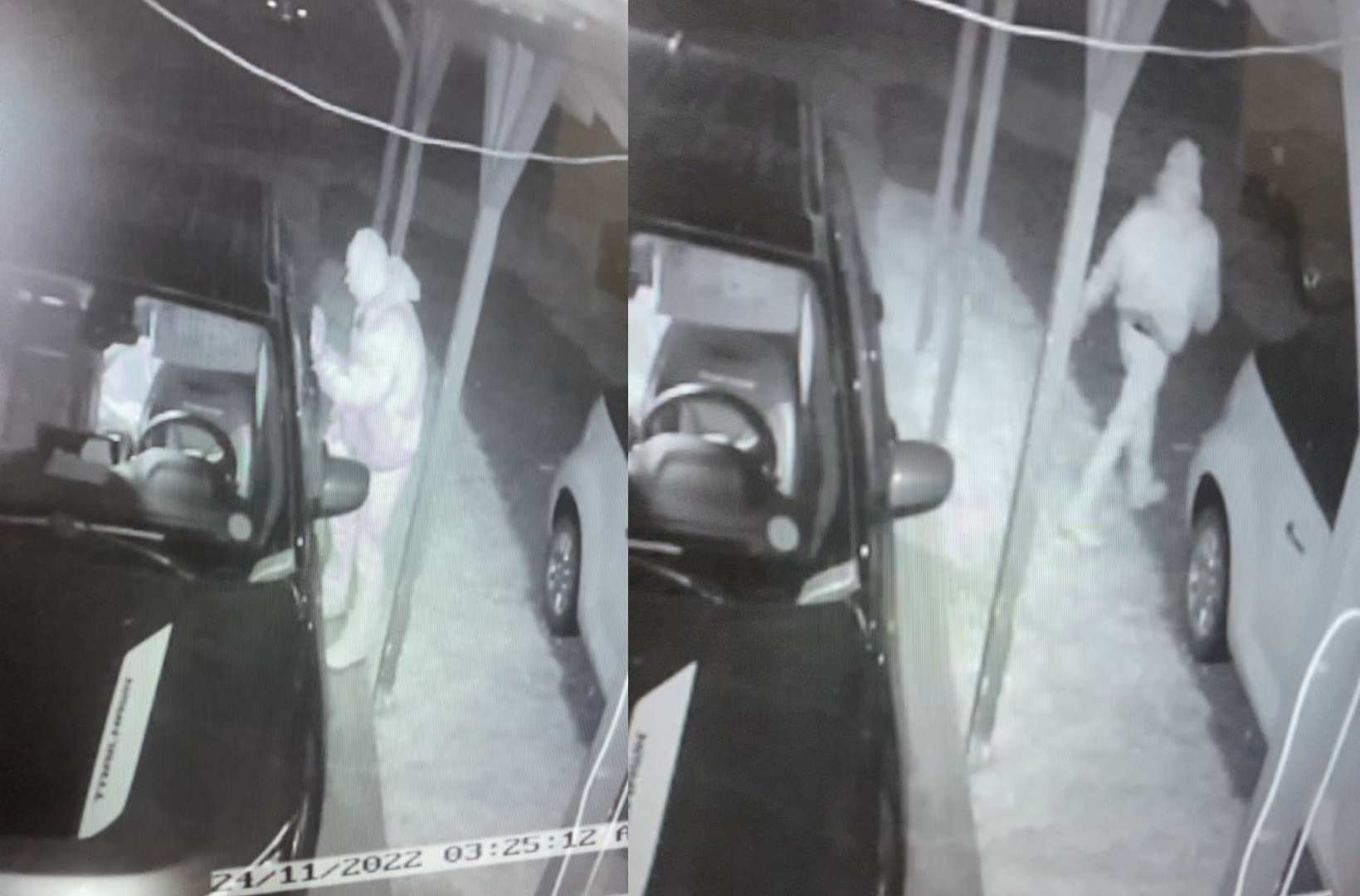 CHEYENNE, Wyo. — The Pine Bluffs Police Department is turning to the public for assistance as it investigates a series of vehicle burglaries that happened early Thanksgiving morning.

Police said the burglaries took place on Chestnutt, Walnut, Maple and Blair Streets between 2 and 3:30 a.m.

“A resident’s camera caught these images indicating at least two individuals are involved in the burglaries and driving a smaller SUV,” the department stated in a social media post. “The victim’s vehicles were left unlocked and as of now, the items reported stolen are a handgun and paperwork containing personally identifiable information.”

Police ask that anyone recognizing the person or vehicle in the photos or having any information contact the Pine Bluffs Police at 307-245-3084, option #1.