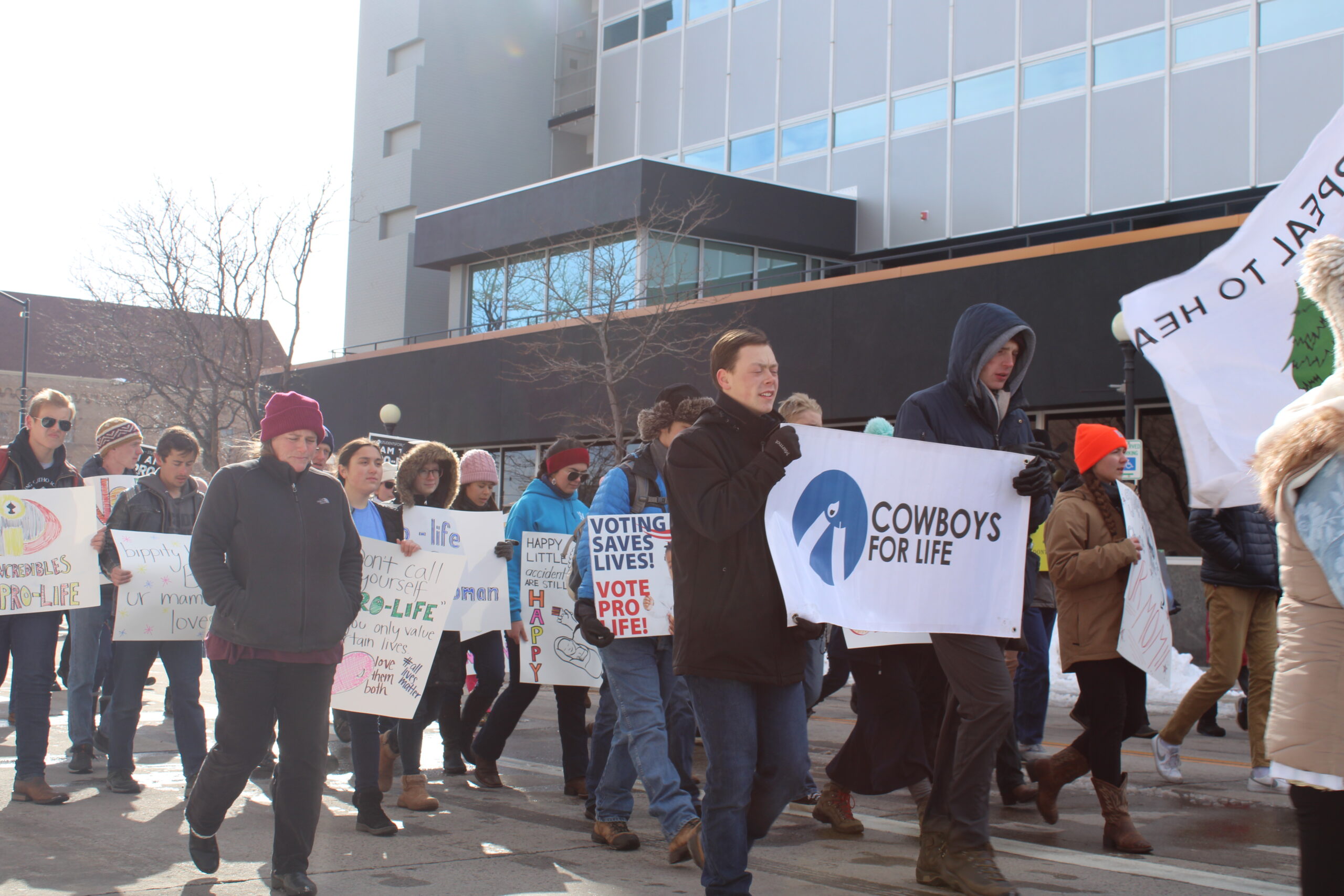 CHEYENNE, Wyo. — Over 200 people from around the state gathered in Cheyenne this weekend for the annual March of Life.

The annual march takes place in January near the anniversary of the signing of Roe v. Wade. Marchers come from throughout the state to bring awareness to the pro-life movement.

This year, 200 people gathered to walk silently down Capitol Avenue, ending the march in front of the Wyoming Supreme Court building.

There were several speakers who spoke to those gathered, including Secretary of State Chuck Grey, who spoke about the continuing fight to end abortion in Wyoming.

“Last year when we were here, what a different position. We were in Roe v. Wade, an abomination morally and legally that was still in place,” said Grey, “but in late June, 49 years and six months after Roe v. Wade was issued, we had victory.”

Grey, however, put an emphasis on the fact that although Roe v. Wade was overturned, there was still work to be done in the state to ensure abortion was no longer in practice.

“We’ve mentioned many times that the overturning of Roe v. Wade was not the finish line, but was only a new chapter in our fight against abortion,” he said. “We can be a sanctuary state for the unborn. And it all starts at this level where we band together the grassroots folks that are willing to come out on a January day to raise awareness about the sanctity of human life and advocate for the unborn.”