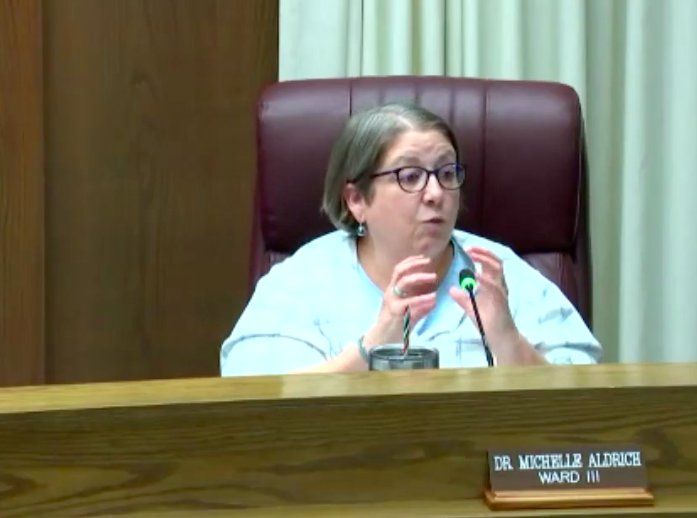 CHEYENNE, Wyo. — After weeks of deliberation and hours of discussion, the City of Cheyenne will not decline its Community Development Block Grant, or CDBG, Entitlement status following action from City Council on Monday night.

Councilmembers rejected a resolution declining the status 6–3, with Scott Roybal, Tom Segrave and Richard Johnson voting to adopt it.

The decision means that the city will continue to accept $400,000 in federal grants each year to fund local low-income housing and community development projects.

Cheyenne received its status in 1975 and has been the only city in Wyoming to retain it since 2017.

Nonprofits and other entities apply for funds through the city and must follow federal CDBG qualifications and guidelines for proposed projects. The Wyoming Community Development Authority gives Cheyenne the grants on behalf of the U.S Department of Housing and Urban Development.

However, managing CDBG paperwork overwhelms city staff and HUD’s restrictive criteria for eligible CDBG projects is deterring local entities from applying, staff said in a memo to City Council. Accepting the funds also brings financial risks, as the city is required to give back their grants or provide reimbursement if any project is rejected by HUD.

Councilmembers had planned to adopt a resolution declining the funds during their Jan. 9 meeting. However, after hearing several local nonprofit CDBG recipients express concerns about not being able to find alternative sources of funding, action was postponed to Monday night.

During the hour-long discussion, the council heard and debated every topic under the CDBG sun before finally voting in favor of keeping the program.

Multiple nonprofit leaders and CDBG supporters once again came up to the podium and insisted that the loss of funds would negatively impact housing and development projects for Cheyenne’s low-income communities.

“It’s a huge impact for the people we serve, the residents of this community and the opportunities that may not otherwise be afforded to them,” said Brenda Birkle, executive director of My Front Door.

Dan Dorsch, executive director for Habitat for Humanity Cheyenne, said CDBG and other federal funding keep the nonprofit’s affordable housing projects afloat and there was “nothing at the state or local level that would replace losing the funds.”

“When you look at the concerns of housing in the community, making them more affordable, there aren’t a lot of tools [besides CDBG] in the tool belt,” Dorsch said.

“Where are you going to replace the money with?” Gliem said. “The needs for the grants don’t go away just because you give away CDBG.”

Finally, Steve Ganison, a longtime city employee, said he used the federal program to rebuild his house after it flooded more than a decade ago. While Ganison understands the concerns from both city and nonprofit staff, he hates to see CDBG turned into an all-or-nothing decision.

“I applied for CDBG and they built my walls. … I’d be the first to say I’d hate to see this go as a catch-22,” Ganison said.

Taking their concerns into consideration, Councilmember Michelle Aldrich told her fellow leaders that she wants to keep the program and that the city does not have a plan to replace lost CDBG dollars.

“We need more time, we need more information,” Aldrich said. “Let’s not have a knee-jerk reaction to a fear of liability.”

There were only six local applicants for the cycle and their projects wouldn’t be able to use up the $400,000 within HUD’s five-year mandatory spending deadline, Smith replied. The remaining money must be returned.

In addition, the city has $156,000 rolled over from previous CDBG projects that need to be spent by May. Staff are unable to find a way to spend the amount on community or city-sponsored projects because of HUD’s restrictive eligibility, Smith said.

“I get there is a nonprofit need, but we’re not using CDBG money for a lot of those needs,” Smith said.

For instance, HUD requires projects to be made for low-income populations. If the city wants to use CDBG dollars on upgrading Lions Park, the project would be disqualified because residents of all income levels can access it.

Aldrich, who also serves on the CDBG committee, insisted that some of these restrictions are imposed by the committee itself based on members’ interpretations of HUD guidelines.

She asked the council to give the committee a chance to make “tweaks” to Cheyenne’s CDBG program and find workarounds to better use the money.

“I think new ideas could really change this program and make it effective and usable for Cheyenne,” Aldrich said, “but in its current situation right now, without tweaking, it’s not going to be beneficial.”

She said the committee can work closely with their federal partners, like WDA, to make sure adjustments can be made.

Councilmember Jeff White agreed with Aldrich, recalling how many nonprofits used to apply for CDBG when he served on the committee’s advisory council.

“I remember way back then, we would get presentations from so many nonprofits, we didn’t have enough money,” White said. “I really would hate to punt this when we haven’t had a chance to revamp the program.”

Disagreeing with both, Councilmember Ken Esquibel said the city has other grants that staff manage. If CDBG takes up the most time for them and can’t be used efficiently, it makes sense to decline the program.

“We have to trust when staff tells us,” he said. “That was my process going through it and why I support this resolution.”

Rinne said he was on the fence about voting to keep CDBG, and wondered what kind of “tweaks” staff could make and get approved by WDA before the 2024 grant cycle. If they can’t get it in on time, councilmembers and nonprofits would be back here again discussing the same problems.

Esquibel added that changing the program at any point could also jeopardize a nonprofit’s five-year action plan, which is required by HUD in order to use funds.

Whatever the council decides with the program, they have to be prepared to follow through with any changes and be extremely mindful of HUD deadlines, Smith said.

“It’s a chicken and an egg,” she said. “Are we going to do this or not, there is going to be a finite line to make this decision.”