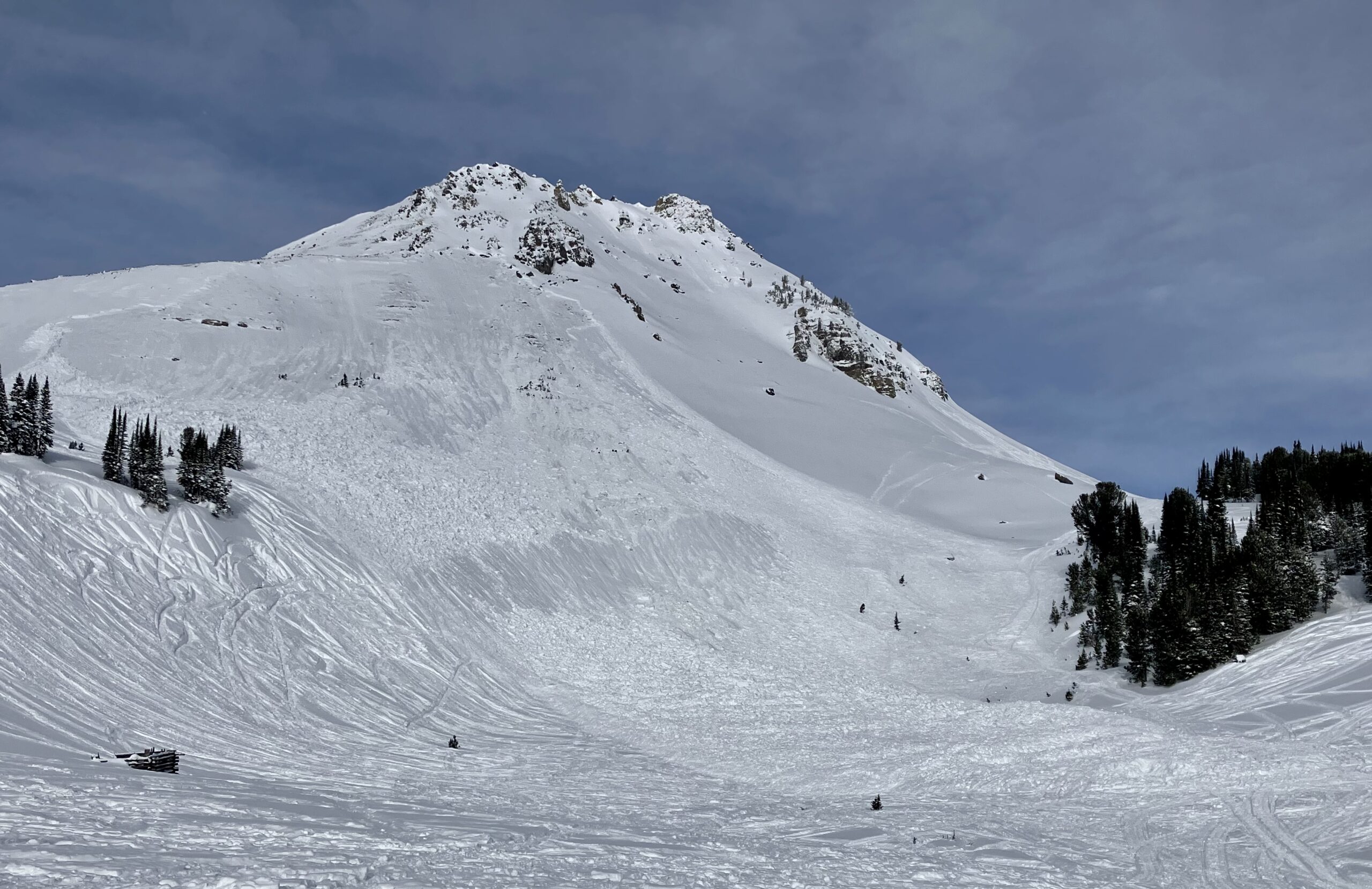 The Montana mountain pass that on Saturday saw a snowmobiler die in an avalanche. (via Gallatin National Forest Avalanche Center)

COOKE CITY, Mont. — A snowmobiler died on New Year’s Eve in Montana when he was crushed by an avalanche. The avalanche occurred near Daisy Pass, a mountain pass outside Cooke City.

Two brothers, ages 17 and 21, from Washington were snowmobiling uphill on adjacent slopes. The older brother was climbing a steeper slope and triggered the avalanche 100–200 feet below the summit. He was carried 600 vertical feet and buried beneath 5 feet of snow.

The buried rider was wearing an airbag pack that was not deployed. Both riders had shovels and probes, though authorities report that they weren’t wearing avalanche beacons.

A nearby group of riders rode up to the slide within minutes after it happened, saw the buried snowmobile and began to search for the rider. One person from that group went into Cooke City to alert Montana Search and Rescue. The buried rider was located with a probe line roughly an hour after the avalanche happened. Though first responders attempted to resuscitate him with CPR and the use of an automated external defibrillator, they were unable to do so.